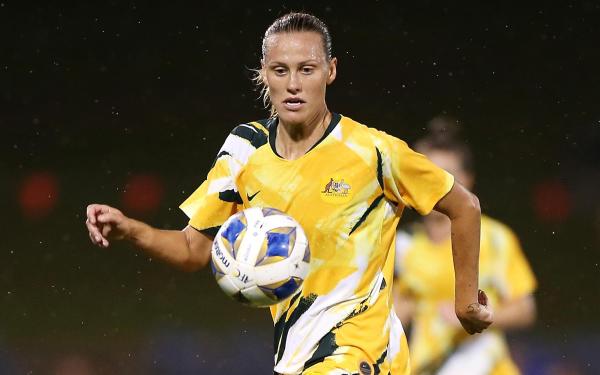 'The girls woke up buzzing,' - van Egmond reflects on opening win as attentions turn to Thailand

Matildas midfielder Emily van Egmond is determined to carry the momentum from the Australian team's bright start to their Tokyo 2020 Olympics qualification campaign into their next assignment against Thailand on Monday night. The Matildas stormed to the top of Group B on Frida 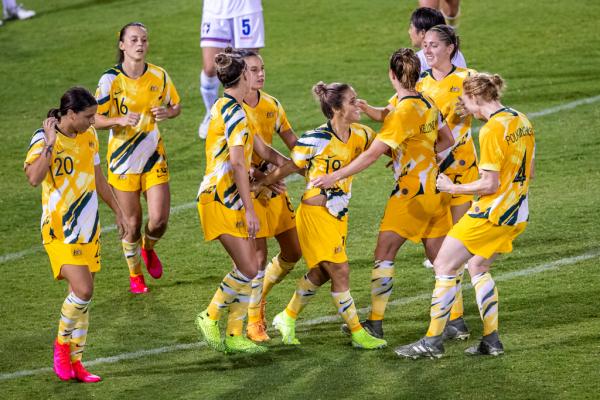 The dust has settled on the Westfield Matildas' dream start to Olympic Games qualifying and now match number two is closing into view. Thailand are the next roadblock on Australia's route to Tokyo 2020 and Ante Milicic and his side head back to Campbelltown Stadium on Monday,

The Westfield Matildas continue their Road to Tokyo 2020 on Monday when they take on Thailand at Campbelltown Stadium in Sydney.  After a 7-0 win over Chinese Taipei on Friday, Ante Milicic's side will be looking to make it two wins from two in Group B.  You can purchase ti 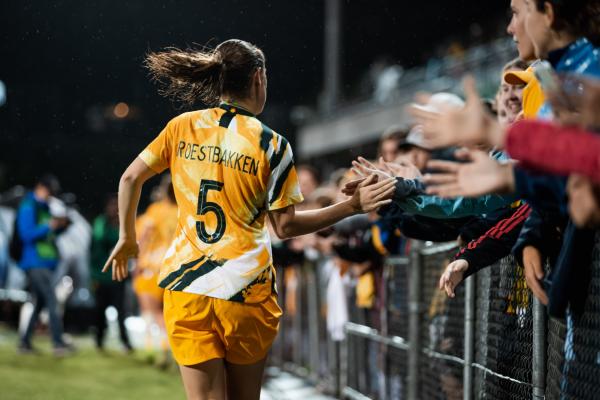 The Westfield Matildas were in full flow as they romped to a 7-0 win over Chinese Taipei at Campbelltown Stadium on Friday night. Sam Kerr began the game on the bench but there was no shortage of firepower on display as Arsenal forward Caitlin Foord scored a first-half hat-tri 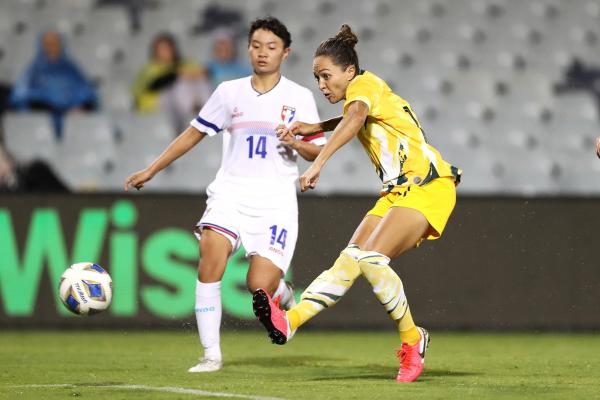 'Feeling like my old self, if not better': Simon sets new goals after triumphant return

Westfield Matildas striker Kyah Simon says her best football is ahead of her after making her return to action in the Green and Gold against Chinese Taipei on Friday night. Simon played from the start in the Westfield Matildas' 7-0 win at Campbelltown Stadium; it was her first 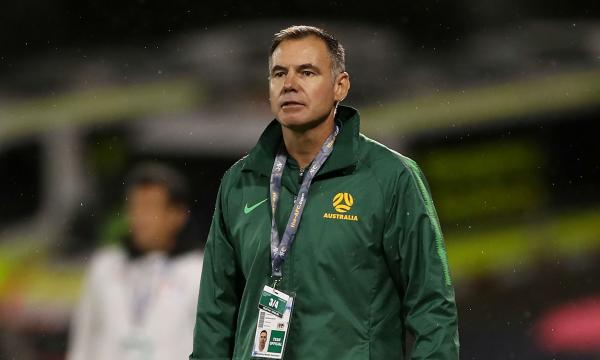 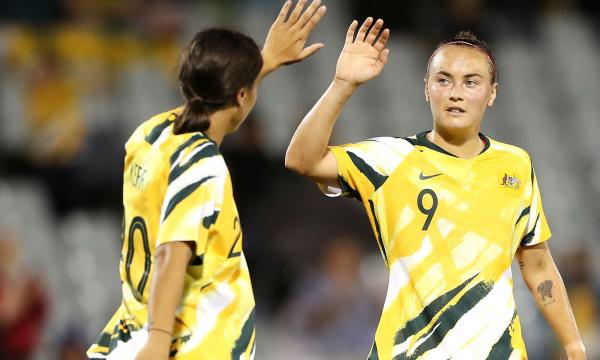 Foord: We wanted to be ruthless

Westfield Matildas forward Caitlin Foord praised a "massive team effort" as the side began their Olympic Football Tournament Qualifiers with a comprehensive 7-0 win over Chinese Taipei on Friday. Foord was in fine form in front of goal, scoring a first-half hat-trick in the wi 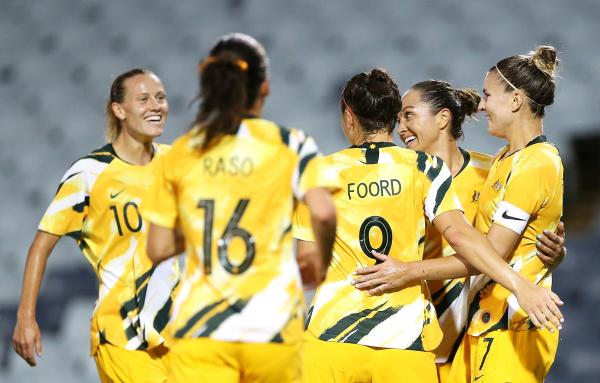 The Westfield Matildas kicked off their Tokyo 2020 Olympics qualification campaign off in style and stormed to the top of Group B after beating Chinese Taipei 7-0 at Campbelltown Stadium on Friday. Caitlin Foord's 37-minute hat-trick and Steph Catley's finish saw Australia ent

How international viewers can watch the Olympic Football Tournament Qualifiers

Group B of the Women's Olympic Football Tournament Qualifiers in Sydney is underway, and matchday two on Friday sees Australia and China PR enter the fray! Following an amended schedule, things kicked off on Monday night with Chinese Taipei defeating Thailand 1-0 at Campbellto 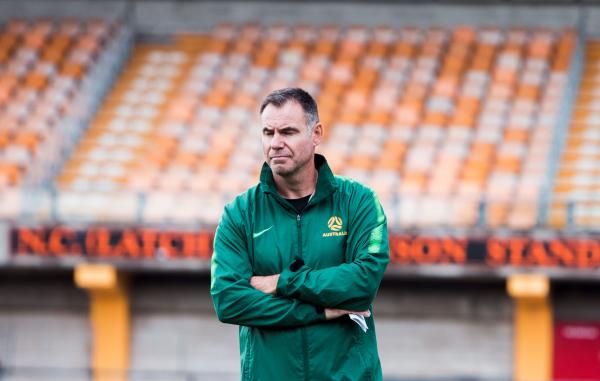 Three matches in six days will give Ante Milicic plenty of food for thought as the Westfield Matildas boss plots the next phase of Australia's quest for the Tokyo 2020 Olympics. 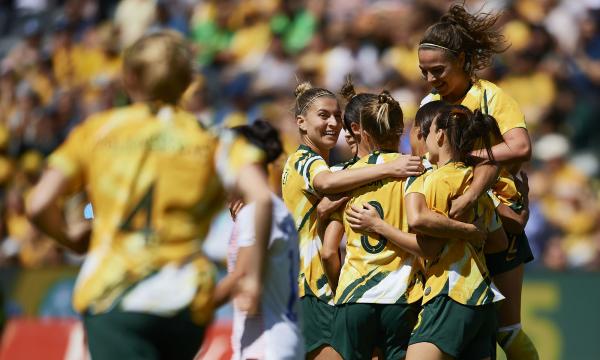 The next stage of the road to Tokyo 2020 has been re-routed through Sydney and first up for the Westfield Matildas is Chinese Taipei. Campbelltown Stadium plays host to the opening five matches of the third round of the 2020 AFC Women's Olympic Qualifying Tournament, and the W 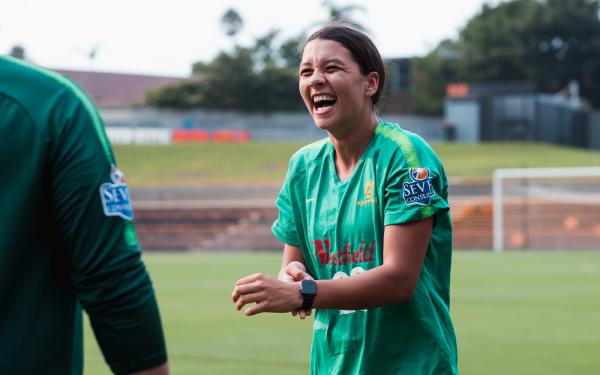 Skipper Sam Kerr is confident she will play a significant part in the Matildas' Women's Olympic Football Tournament Qualifiers despite battling a lingering quad injury. Kerr picked up the injury in her first week at new FA Women's Super League club Chelsea. While the injury 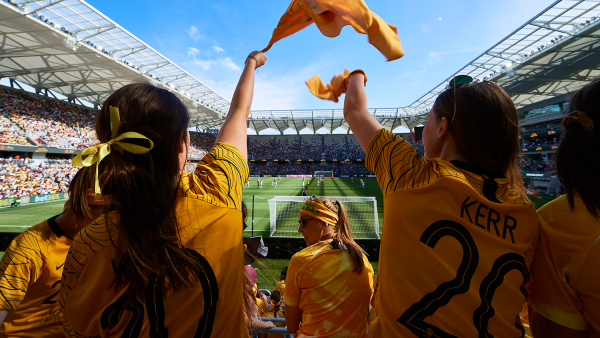 Tickets on sale for Matildas at Western Sydney Stadium in Parramatta

Football Federation Australia is pleased to announce that tickets are now on sale for the Olympic Football Tournament Qualifier between Matildas and China PR at Western Sydney Stadium, which has now been moved to Thursday 13 February.  The match is the final game in Group B, a 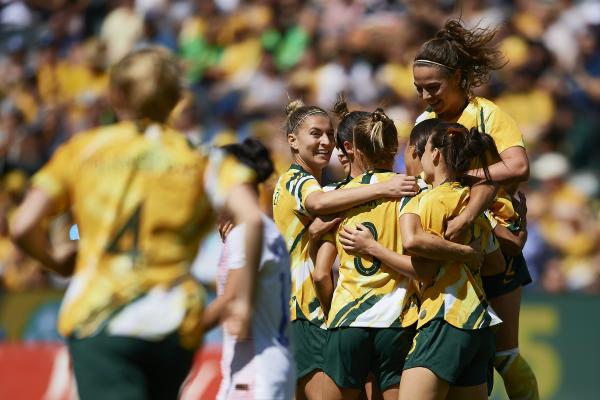 Football Federation Australia (FFA) today announced that the final manipulation to the Women's Olympic Football Tournament Qualifiers match schedule has been made, with Australia's matchday four meeting against China PR to be played on Thursday, 13 February 2020 at Western Sydney 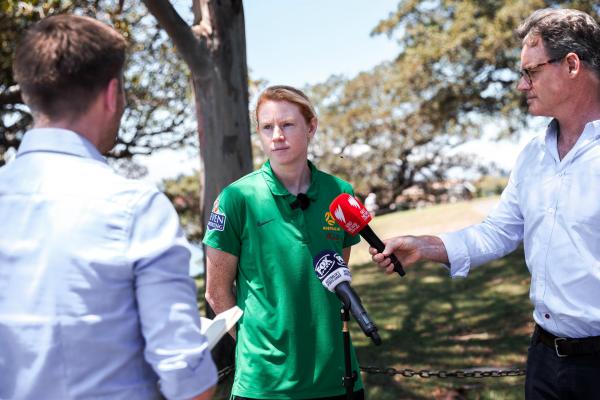 Experienced defender Clare Polkinghorne feels the Westfield Matildas are adept to handle any situation in the upcoming 2020 AFC Women's Olympic Qualifying Tournament. Ante Milicic's squad have been preparing for more than a week ahead of their matches against Chinese Taipei, T 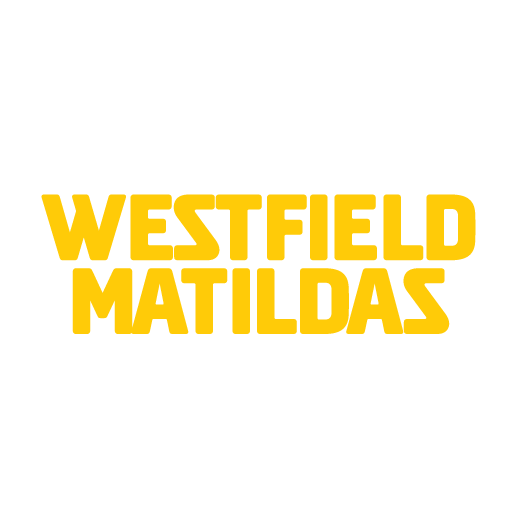 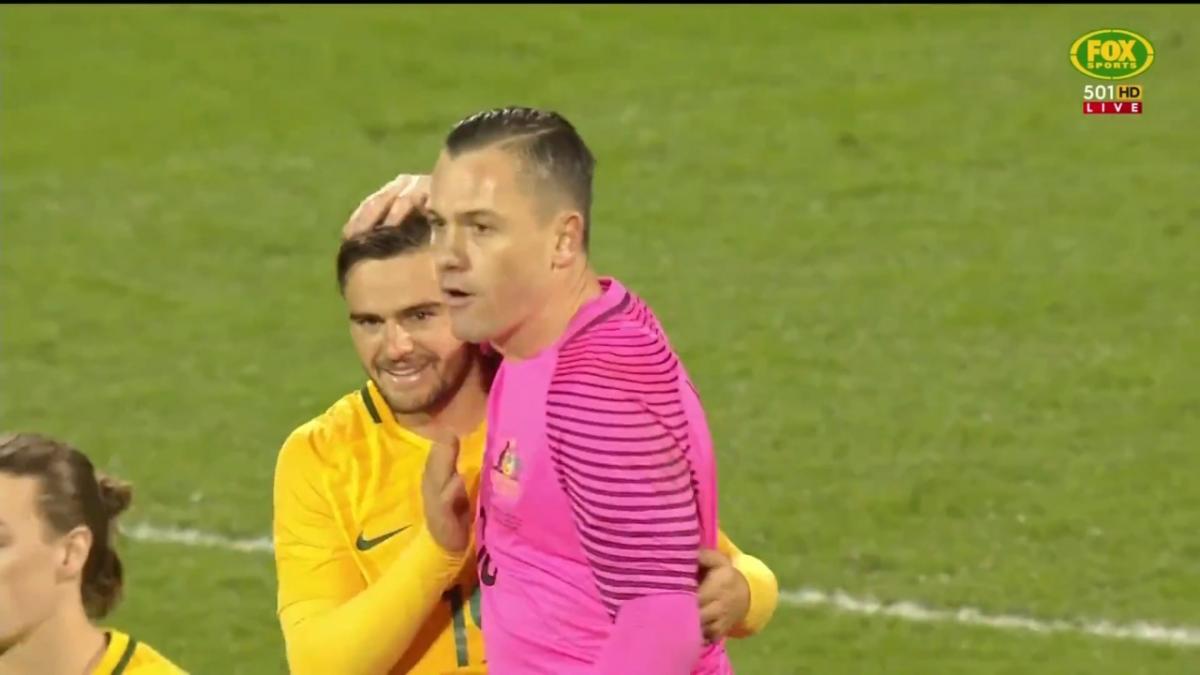 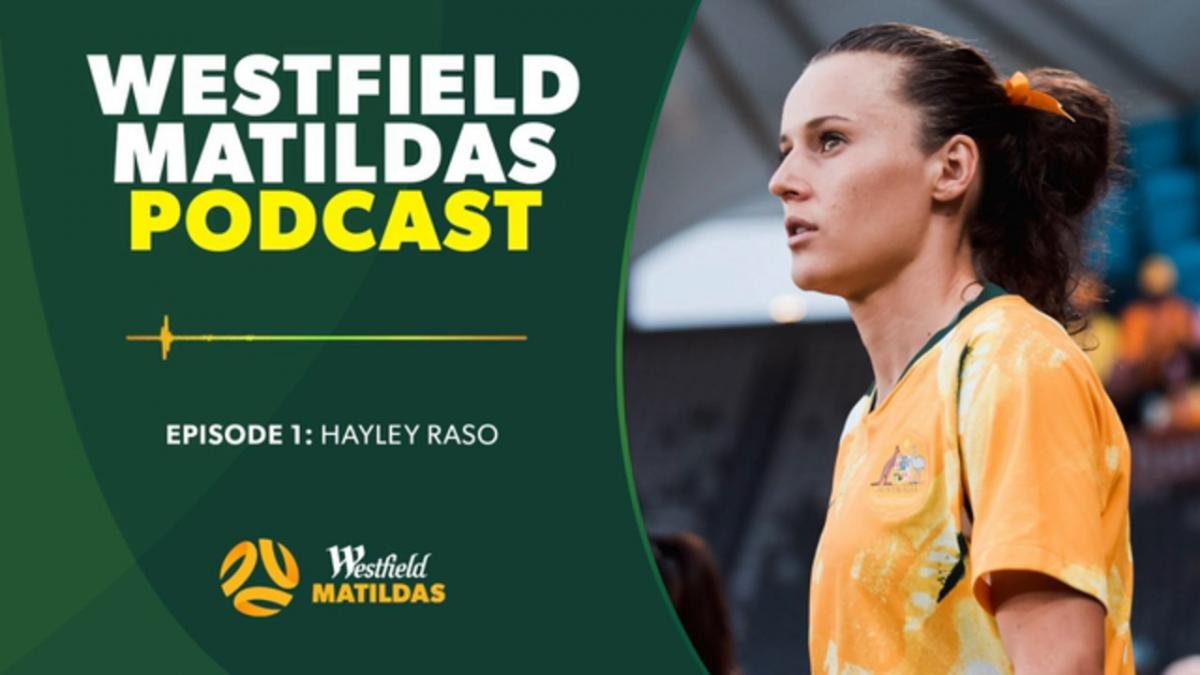 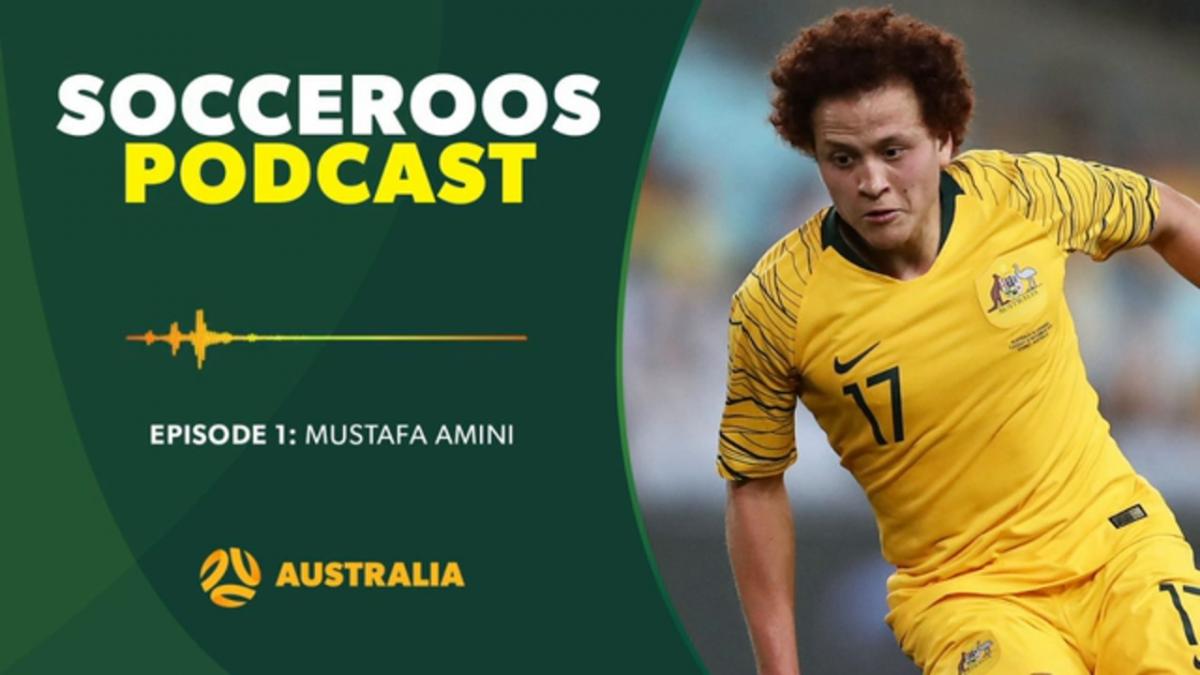