Game Changers Pt III - Brought to you by Commonwealth Bank

While the Commonwealth Bank Matildas have many unique experiences when it comes to showcasing their 'Never Say Die' spirit, one thing that unites them is their resilience and ambition.

Commonwealth Bank and Football Australia recently launched a historic partnership to strengthen all levels of the game and give all women and girls the chance to realise their ambition through football.

As the partnership kicks off, we look at some of the role models in the current Commonwealth Matildas squad, and the resilience that has characterised their journeys to the top.

In Part III of “Game Changers” brought to you by Commonwealth Bank, we hear about current players who have fought their way back into the national team or made their debuts years after coming into camp.

Representing your country is an honour very few achieve in their careers and even those who have, know that the nature of any national team is dynamic and moving.

One of the greatest motivators for footballers and athletes, in general, is knowing that their spot is never guaranteed. If you’re not the hardest worker on the pitch, you risk being replaced by someone who is.

Some players who have harnessed their ambition after being in and out of the national team environment are Karly Roestbakken, Aivi Luik and Katrina Gorry.

While many players may jump at the opportunity to break out of their comfort zones and expand their skill sets in overseas clubs, this decision can sometimes be detrimental to a player’s career or mental health.

Unfortunately, injuries are commonplace in high-level football. While all professional footballers have tales of injury, it takes ambition and determination to bounce back and return to previous capabilities.

Karly Roestbakken made an exciting debut for her country at the 2019 FIFA Women’s World Cup, playing her first match against Brazil and then going on to start against Jamacia in Australia’s last group stage match.

The young defender excited fans with her speed and ability at such an early stage of her career, and to most, it seemed as though Karly would become a regular fixture on the team, acting as a solid addition to our strong backline and gaining experience alongside her fellow defenders.

Roestbakken was a part of the side that qualified for the Tokyo 2020 Olympic Games and was starting regularly for her Norwegian side LSK Kvinner FK and was looking like she would make her Olympic Games debut at the upcoming Olympic Games.

However, an injury sadly kept her out of the Olympic squad. Roestbakken was called into camp for the Matildas’ friendlies against Germany and the Netherlands, their first friendlies in almost a year.

Karly made the start against Germany, with regular starters Steph Catley and Ellie Carpenter ruled out of the squad, giving the young defender the chance to show new coach Tony Gustavsson what she could do.

An injury just 15 minutes into the fixture against Germany forced Roestbakken off, and her dream to represent her country at the Olympic Games came crashing down. The defender would travel back home to Canberra to complete her rehabilitation on her injury, before flying back to Norway to join her side.

After recovering, Roestbakken was named in Gustavsson’s 25-player squad for the Matildas friendly game against Ireland, with this camp an opportunity for the medical staff to assess her progress from her injury. Karly trained with the side and showed her determination to get back on Gustavsson’s radar ahead of the 2022 AFC Asian Cup.

Despite her injury holding her back from making her Olympic debut, the defender used this as an opportunity for growth. The rehabilitation from the injury made her mentally stronger, with hopes of achieving her next goal of playing at a FIFA Women’s World Cup on home soil come 2023.

Another familiar face in camp ahead of the 2022 AFC Asian Cup is Aivi Luik, after retiring from international football after the Tokyo 2020 Olympics the versatile veteran has continued to ply her trade with her Italian team Pomigliano.

Luik has been a prominent figure in the Commonwealth Bank Matildas for over a decade, making her debut against New Zealand in February 2010. The midfielder would go on to be part of the historic 2010 AFC Asian Cup side that would win Australia’s first silverware in the AFC.

After the Asian Cup win, Luik would travel to South Korea to represent Australia in the Peace Queen Cup. However, sadly she would not be included in the squad for the 2011 or 2015 FIFA Women’s World Cups.

While most players would dwell on the missed opportunity Aivi saw this as a time for improvement, playing in several different leagues. From Ukraine to Scandinavia, England to Spain and even playing at the college level in the USA with the University of Nevada.

While her accolades overseas continued to pile up, Luik’s determination to improve earned her a return to the national team setup with hopes of helping the team qualify for Rio 2016. Sadly, a quad injury would derail Luik's opportunity to compete at her first Olympic Games, a lifelong dream.

However, she did not let this injury derail her dreams and vowed to make her return to representing Australia. Her next cap would come in the lead up to the 2019 FIFA Women's World Cup, with a Cup of Nations win against the Korea Republic being Luik's first start for the national team in seven years. 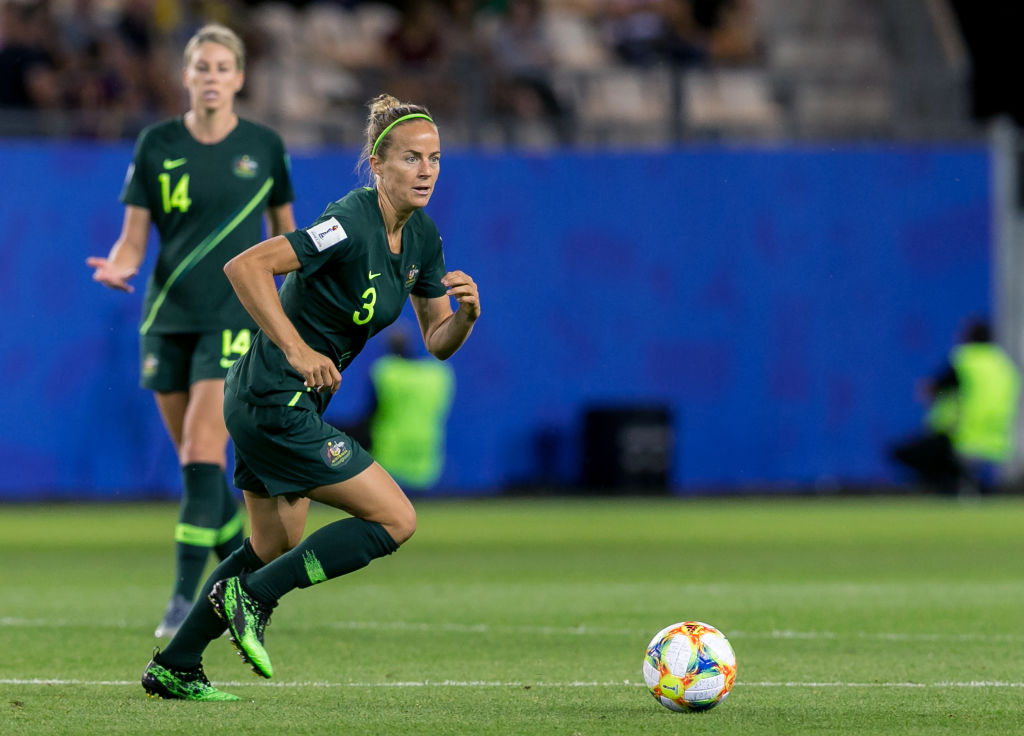 Then, in 2019 Luik was able to tick off a lifelong dream, competing in a FIFA Women’s World Cup, playing against Jamaica in Australia’s 4-0 victory.

Aivi, at the age of 34, was the oldest member of the squad but was ecstatic to be living out her dream of representing her country at a World Cup.

Luik would go on tick another tournament off her bucket list making her Olympic Games debut in Australia’s opening match win against New Zealand, a stunning 11 years after debuting against our Trans-Tasman rivals.

She would show her versatility in the park throughout the Olympic Games, switching between midfield and defence often.

Luik proved that even in the face of adversity and challenges that if you continued to work towards your goals, they can be achieved. This was on full display when she received a call-up to the 2022 AFC Women's Asian Cup squad, coming out of retirement to be a mentor on and off the field for young players.

The Matildas veteran would score her first-ever goal for her country in Australia's opening game against Indonesia, scoring almost 12 years after making her debut.

Katrina Gorry, ever since making her national team debut in 2012, has always been a regular fixture in green and gold. Representing her country at two FIFA Women’s World Cup, one Olympic Games and an AFC Asian Cup.

Gorry, more affectionately known as ‘Mini’ to fans, and always determined and gritty midfielder announced in February 2021 that she was expecting her first child through IVF. 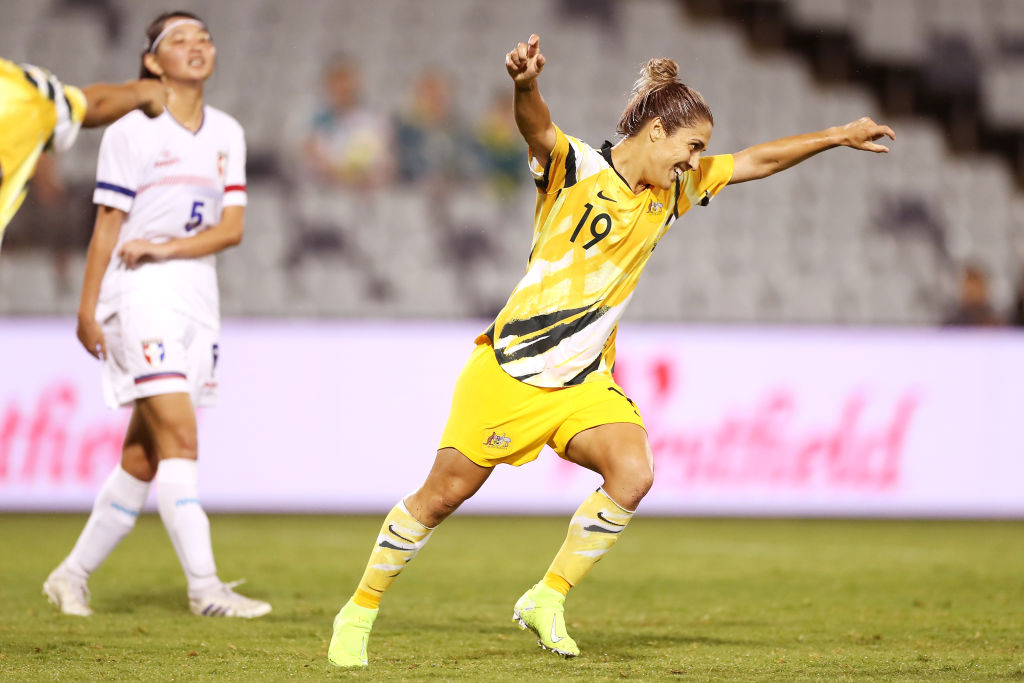 Just a year after helping Australia qualify for the delayed 2020 Tokyo Olympic Games, Gorry would have to watch her teammates from home as she prepared to bring a new life into the world.

Six months later Gorry would give birth to her daughter Harper, and weeks later would be working on her fitness to get back to her peak football form.

Katrina would make the remarkable comeback to professional football, just 110 days after giving birth to her daughter, making her return with hometown club Brisbane Roar in the A-League Women’s. 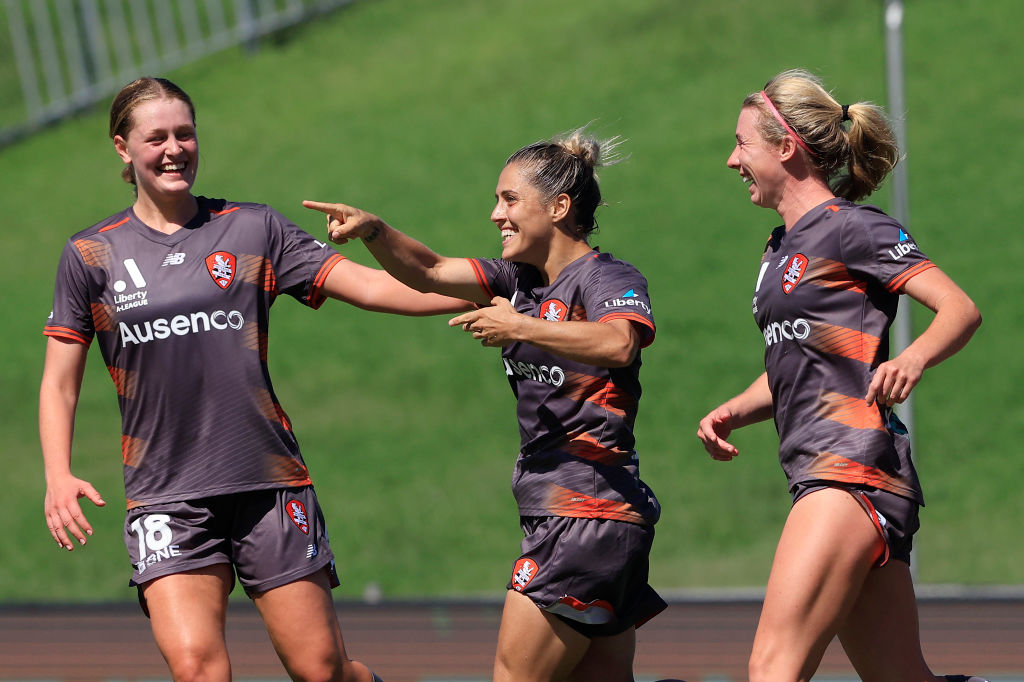 The midfielder would slowly build up match fitness with the Roar, with her daughter in the crowd watching her mother every step of the way and playing a key role in Brisbane’s season thus far.

Gorry’s eagerness to get back to her best and play professional football while juggling motherhood shows her desire to change the game in Australia and around the world. The new mother is proof that players can play football whilst managing a budding family.

Her ability to keep on chasing her goals and showing her young daughter that she can follow her dreams whatever the situation will inspire a generation of professional athletes in Australia and beyond.

The importance of chasing your dreams has never been clearer than when looking at the careers of these outstanding players. These players are role models for not only young footballers but for people everywhere, proving that it is never too late to achieve your dream and that even in the face of adversity and challenge, with ambition and dedication, the finish line can still be reached.

New mum, Gorry, originally made up Tony Gustavsson's travelling squad for the 2022 AFC Women's Asian Cup and although she was unable to answer the call due to family reasons, Gorry is no less determined to don the green and gold ahead of the FIFA Women’s World Cup 2023™ on home soil.