Alateheader from Spanish captain Mikel Oyarzabal saw the Olyroos suffer a narrow 1-0 defeat in Sapporo on Sunday night.  The 80th-minute strike split the two sides in a match that where Australia's defence delivered a resolute showing against some of world football's premier

The Olyroos look to book their place in the Quarter Finals of the Tokyo Olympics 2020 men's football tournament when they take on Spain U23 at the Sapporo Dome on Sunday night 8:30pm (AEST). Australia, who sit atop of Group C after defeating Argentina 2-0 on Thursday night, ha

Duke urges Olyroos to maintain energy against Spain in Sapporo

The overwhelming 'belief' fuelling Lachie Wales and the Olyroos

From originally being named as a train-on player, to starting and scoring in the Olyroos Tokyo Olympics 2020 opener against Argentina, Lachlan Wales will never forget the night Australia 'shocked the world'. Western United's Wales kicked off a historic night for the Olyroos as

Growing up, football is what made Thomas Deng feel as though he belonged on Australian shores. And on Thursday, he delivered a performance to help the Olyroos prove they mean business on the international stage.  Australia's unforgettable Olympic victory over Argentina, dur 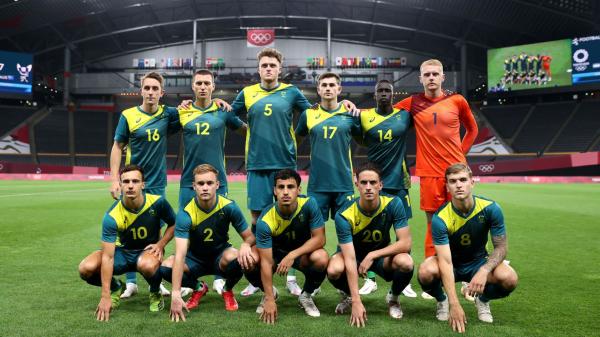 How to watch: Olyroos v Spain

After an unforgettable triumph over Argentina on Thursday, the Olyroos return to the Olympic arena just three days later to take on another heavyweight of world football.  ... Australia, who currently lead Group C of the Olympic Men's Football Tournament, will take on Spain at the