Where will Michelle Heyman go next?

The greatest ever goal scorer in the Westfield W-League is up for grabs.

Canberra United, Westfield Matildas and Westfield W-League icon Michelle Heyman will not be donning the famous Canberra green next season.

The 30-year-old’s impact in the nation’s capital has been nothing short of resounding, with the forward holding three Westfield W-League Premierships and two Championships to her name.

While her departure will undoubtedly be tough to take around McKellar Park, it opens a huge opportunity for the rest of the competition to lure one of Australian football's greatest servants.

Heyman is firmly on the road to recovery after years of injury misfortune and with the FIFA Women’s World Cup in France next year soon approaching, the Wollongong-born striker would be a massive pick up for any club in the competition.

But where will she go? Here's three possible destinations for the Westfield Matildas forward.

Western Sydney Wanderers have struggled for a breakout season in the Westfield W-League since their inception in 2012. But the arrival of Heyman could be just what the Red and Black need to make their first finals appearance.

The Wanderers would also benefit from a big name to spearhead the new-look feel at the club fronted by recently-appointed head coach Dan Barrett. The club have welcomed American superstars like midfielder Keelin Winters and forward Katie Stengel in the past, but the capture of the Australian forward would create boundless enthusiasm around Western Sydney.

Moreover, outside Stengel and Catherine Cannuli, the club has struggled for a genuine number nine throughout their time in the competition and since the 2015/16 season, the Wanderers' productivity in front of goal has been in decline.

This came to the fore in the 2017/18 campaign, when Richard Byrne’s side were the competition’s lowest goal scorers (13) and holders of the poorest conversion rate (10%).

She could also serve as an important role model for one of the competition’s youngest teams, and help develop young talent such as Susan Phonsongkhan. 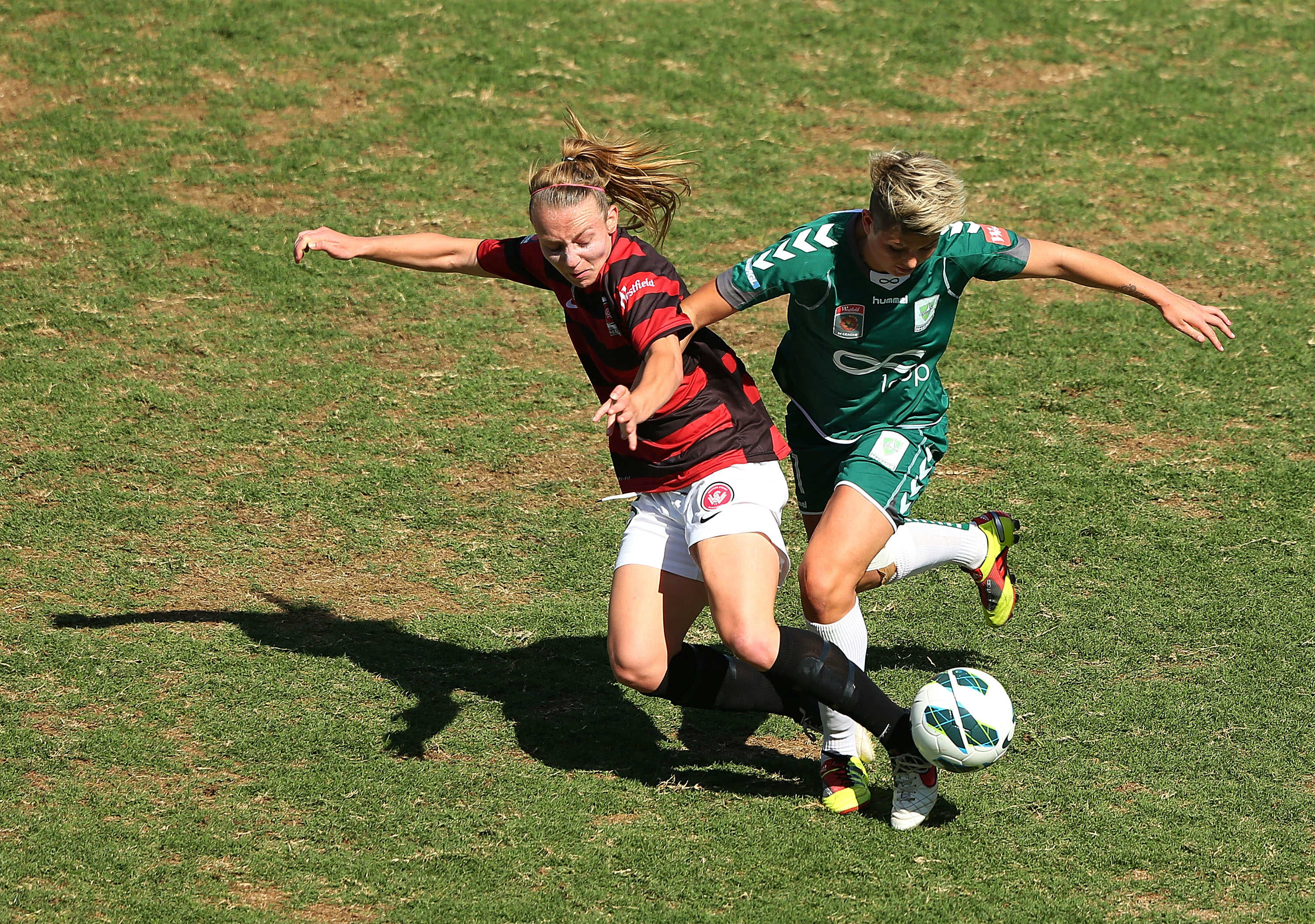 A move to the Western Sydney Wanderers would be a new challenge for Heyman. But a potential signing on at Newcastle could see her goal-scoring talents more efficiently utilised.

Not only would the Westfield Matildas striker be surrounded by more senior, experienced players, but would offer an ideal replacement for the potential vacancy left by American import Katie Stengel.

The on-loan American accounted for 10 of Newcastle’s 26 goals in 2017/18, and if Stengel does not return with the Novocastrians for the upcoming season the arrival of Heyman provides a great solution.

Furthermore, Newcastle are a team on the up. The club returned to the finals last season after missing out on seven straight occasions, and were ultimately felled in extra time of their semi-final against Sydney FC.

The addition of Heyman could provide the star quality needed for Newcastle to go a few steps further, and the quick, aggressive style of attacking football fostered under head coach Craig Deans would be a fanciful fit for the veteran striker. 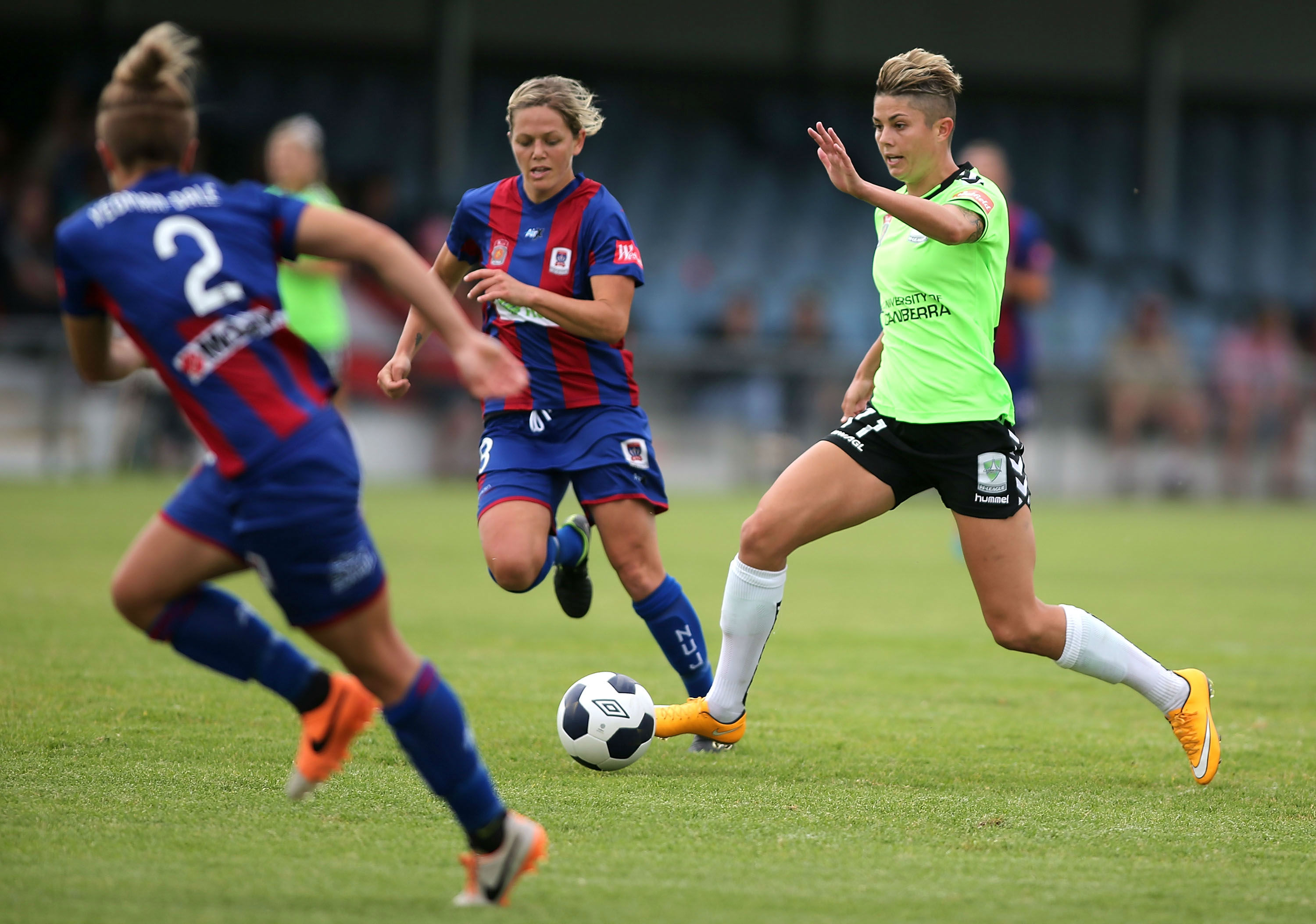 Having started her career at the Sky Blues in 2008, a move back to the harbour city would complete a remarkable decade for Heyman.

She made three appearances for Sydney in the competition's inaugural campaign, a season that would help unearth one of the countries greatest ever talents.

It could be a move that realigns Heyman with an array of national teammates - perhaps even sparking a combination between Westfield Matildas all-time leading goalscorer Lisa De Vanna.

Having lost the Grand Final in heartbreaking fashion to Melbourne City last year, the addition of Heyman at the Sky Blues would go some way to alleviating any lingering pain from that loss, and would ensure the Westfield W-League heavyweights begin the new season among the favourites. 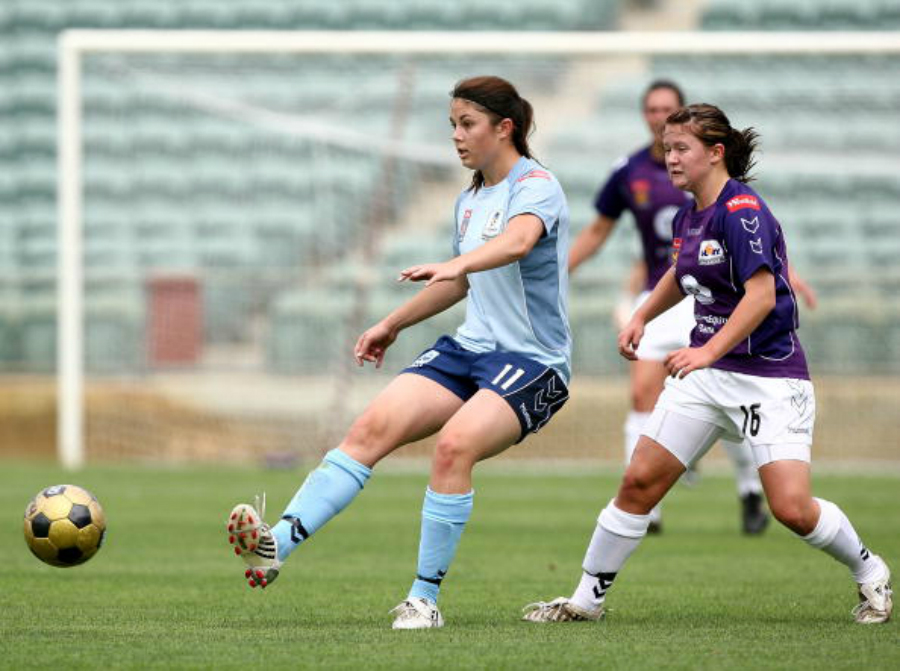 Of course, a player of Heyman's ability could strengthen any squad in the Westfield W-League. There would be no surprise to see any club in the race to land the star striker's signature.