Football Federation Australia (FFA) is pleased to announce that it has signed a two-year partnership agreement with renowned consumer brand Cadbury, with the company becoming an Official Partner of the Westfield Matildas through to 2022.

Cadbury’s partnership with FFA and the Westfield Matildas will form a key part of the iconic brand’s forthcoming National Women in Sport initiative, which will feature prominent Australian athletes from four sports sharing their unique stories and advocate for the continued growth and development of women’s sport.

With many young girls dropping out of sport in their teens, the initiative will aim to inspire young girls to continue to participate in sports and encourage them to break through barriers that they may face.

“The Westfield Matildas are a contemporary and very well recognised brand. We are delighted to have entered into a positive, two-year partnership and be associated with Cadbury,” Johnson said.

Cadbury’s National Women in Sport initiative, which aims to encourage girls and women to ‘Get In The Game’ by maintaining or commencing their involvement with sport by promoting positive role models, aligns well with the broader ethos of the Westfield Matildas and our objectives at FFA to lead the growth of football with women and girls."

“We believe that women’s football represents the biggest opportunity of growth for Australian football and in the XI Principles for the future of Australian football discussion paper we outline FFA’s ambition for Australia to become the centre of women’s football in Asia-Pacific. The work that we will be doing with Cadbury over the next two years supports our objectives to accelerate and retain the participation of women and girls and build on the success of the Westfield Matildas. 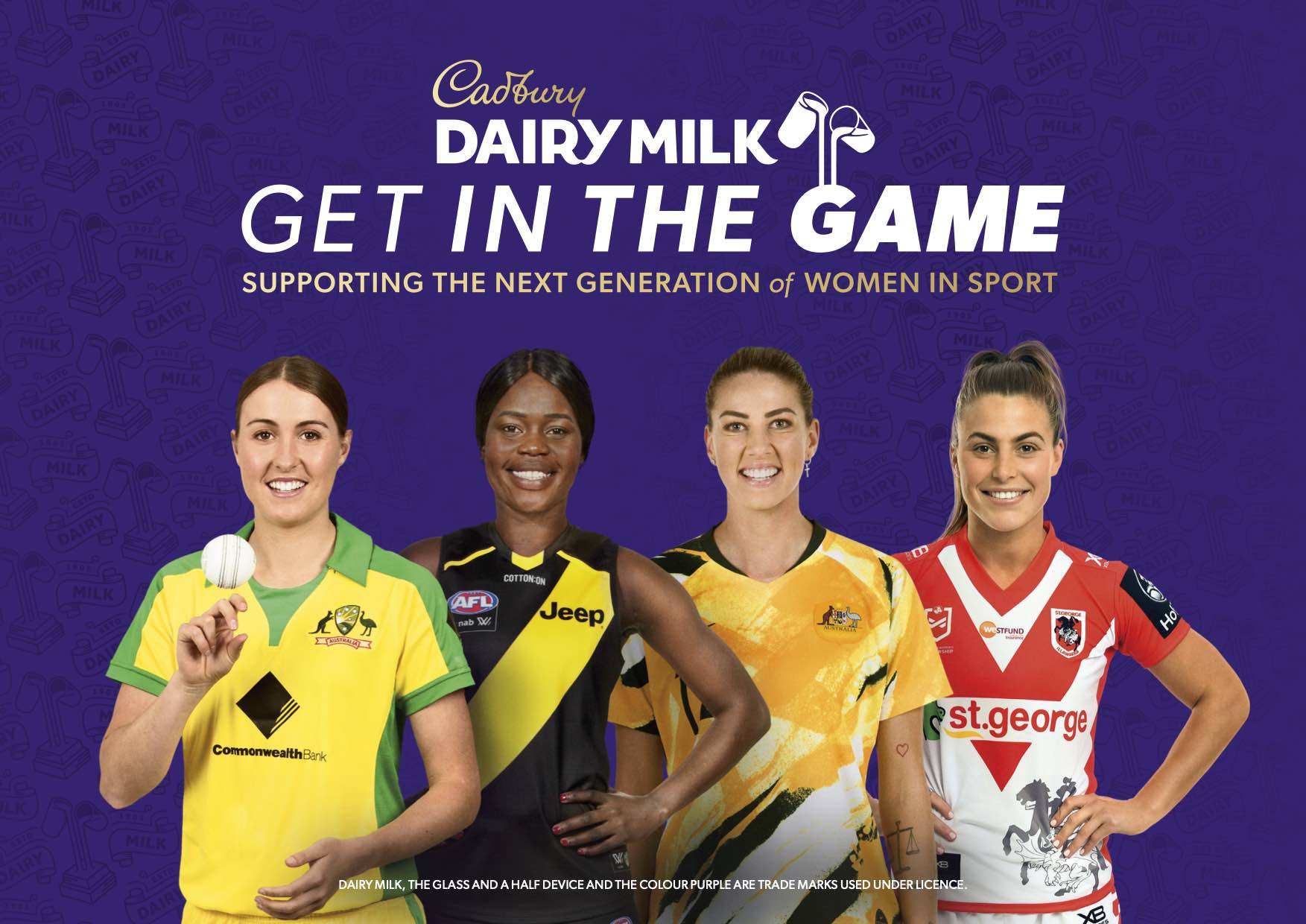 “The Westfield Matildas have a huge few years ahead of them, with numerous major international tournaments in the pipeline. It is great that Cadbury will be a part of the team’s journey, which is set to captivate the country,” he said.

READ: Kennedy - 'Wherever I go, wherever I play, I want to win games'

Kathy De Lullo, Senior Marketing Manager at Mondelez Australia [the company that owns and operates Cadbury] said Cadbury is excited to play a role in enhancing women’s sport in Australia.

As a brand, we want to show our commitment to the Australian community, and we feel incredibly passionate about encouraging and supporting the continued growth and equality of women’s sport in our country.”

Experienced Westfield Matildas defender Alanna Kennedy, who has amassed 87 international appearances for Australia since making her national team debut in 2012, has been named as a Cadbury Ambassador as part of the partnership.

Kennedy, who is now playing her club football in London for Tottenham Hotspur in the FA Women’s Super League, said the partnership would provide another avenue for the Westfield Matildas to inspire future generations of footballers at all levels of the game.

“We’re delighted to have Cadbury on board to support the Westfield Matildas and the growth of our sport,” Kennedy said. “With the help of Cadbury, women’s football can continue to grow on the world stage and young girls can fulfil their dream of becoming a Westfield Matilda, or simply just have fun on the field with friends.”