The FFA Hall of Fame honours players and participants who have made a sustained and meritorious contribution to Australian football.

FFA CEO David Gallop said each inductee had earned a place in the Hall of Fame for different but equally valuable reasons.

“Sacha was an integral part of the Matildas playing group representing Australia with distinction throughout the nineties, appearing at numerous World Cups and Olympic Games.

“Peter was a legendary figure throughout his playing days and is still highly respected in the football community today.  His contributions to the former NSL and the Socceroos are awe inspiring and serve as a source of inspiration for all sports fans.

“Tammy was a true pioneer for refereeing in Australia and more importantly female referees around the country." 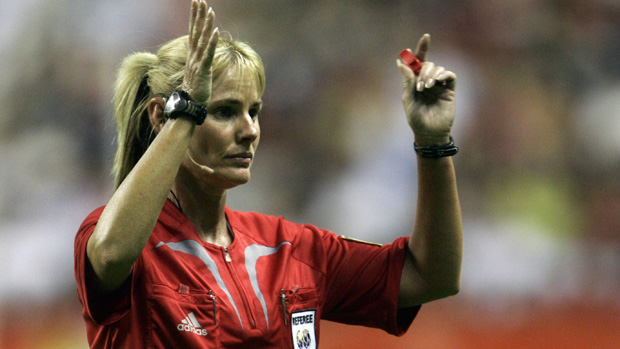 In addition to the FFA Hall of Fame inductions, Gallop also honoured members of the 1981 Young Socceroos who represented Australia at the first ever FIFA tournament hosted in Australia, the 1981 FIFA Youth World Championship.

“This team helped put football into the mainstream by showing that we could compete against the World’s best on our home soil when Football was still very much a minority sport,” said Gallop.

“They laid the foundations for our current National Representative teams and showed that we can be competitive on the world stage.” 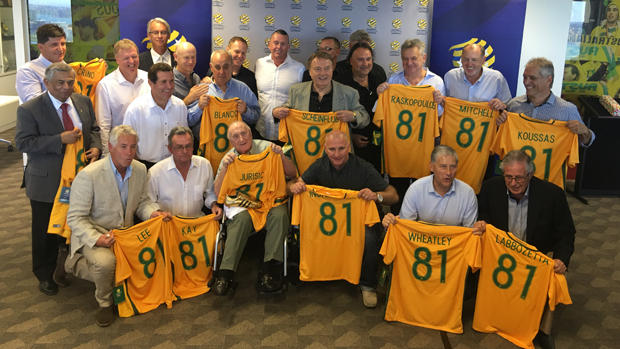 Sacha Wainwright was born in Canberra in 1972 and represented Australia 81 times (including 65 A international caps) during her 12 years with the Matildas between 1992-2004.  She played for the Matildas in 2 FIFA World Cups and 2 Olympic Games.

First identified for the national U-15 team in 1986 she transitioned from a speedy reliable goal scorer to an overlapping left fullback.  Sacha progressed through the Young Matildas to selection into the Matildas in the early 90’s and earned her first international cap against Russia in 1994 at age 22.  During her 12 years with the Matildas she played in the 1995 World Cup Sweden, the 2000 Sydney Olympic Games, the 2003 World Cup USA and the 2004 Athens Olympic Games.  Her international career saw her represent Australia in over 17 countries.

She was the vice-captain of the Matildas between 2002-2004 and captained Canberra in the Women’s National Soccer League including when Canberra became National Champions in 2002. She displayed resilience and determination overcoming 3 separate knee reconstructions during her career, each time returning to international level.

During her 18 years of football at elite level she managed to combine her sporting career with university law studies and working as a commercial lawyer, while competing for Australia. She was awarded with the AIS Vocational Award and the ACT Academy of Sport Balanced Athlete Award for balancing her international football career with her legal career.

In 2000, she received the Australia Sports Medal for contribution to Australian sport and has been involved in the administration of football as a volunteer on various committees. 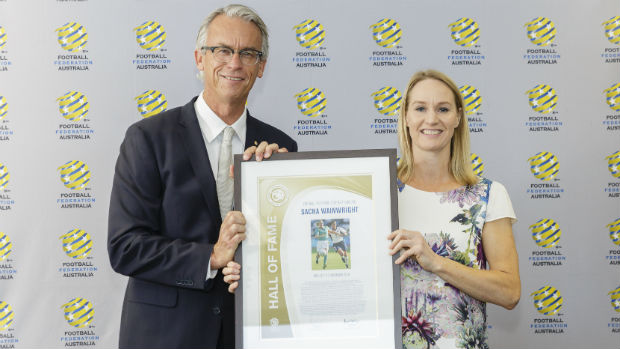 Peter Raskopoulos was born on 22 February 1962 and started as a junior at Earlwood Wanderers.

He joined Sydney Olympic’s youth team in 1977 and made his senior debut against Western Suburbs in the first season of the National Soccer League on 8 August while still only 15.

He represented the Australian schoolboys in 1978 and in 1980 he had a year at Marconi, but then returned to Olympic for the rest of his career.

In 1980 he played for the Socceroos for the first time in two Non-A International matches in the Oceania Cup competing against New Caledonia and Tahiti.

The following year after the resignation of Rudi Gutendorf as national coach, Les Scheinflug took a very young team to Indonesia and Taiwan for the final two matches of the 1982 FIFA World Cup qualifying campaign. This was the nucleus of the squad for the 1981 FIFA World Youth Championship. Raskopoulos made his A-International debut as the Captain of the Socceroos against Indonesia on the 30thAugust 1981 in Jakarta.

At the 1981 FIFA World Youth Championship, which was held in Australia, Raskopoulos captained the Young Socceroos in the first of these games where he drove the Australian team from midfield as it shocked Argentina by two goals to one in its opening match of the FIFA World Youth Championship in Sydney. He played in two drawn games against Cameroon and England which saw Australia reach the quarter-finals undefeated. Australia went down to Germany, the eventual winner, by a single goal.

In 1982 Raskopoulos played for the Socceroos as they won the Merlion Cup in Singapore. In 1984 he took part in the ‘World Series’ tournament which pitted Australia A and B teams against clubs including Manchester United, Rangers, Nottingham Forest, Juventus and Iraklis.

He missed the 1986 FIFA World Cup qualifying campaign but returned for matches against Czechoslovakia and New Zealand in 1986 and Everton, Chile B, South Korea and others in 1987. His final cap was against Malmo in 1989.

As his playing career wound down he became the football manager at Sydney Olympic from 1989 when Olympic won the NSL Championship and later became senior coach in 1992/93. 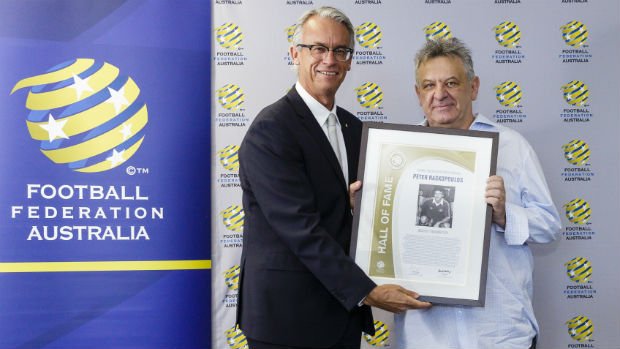 Tammy Ogston was born in Brisbane on 26 July 1970, and became the first Australian to referee the final of a major FIFA tournament when she officiated the 2007 FIFA Women’s World Cup Final featuring Germany and Brazil.

Following a ten-year playing career that saw her frustrated with the lack of qualified referees allocated to women’s matches; Ogston undertook a referee’s course in 1993 at the age of 23 and gained her FIFA referees badge in 1997.

Ogston made a significant contribution to refereeing in Brisbane and throughout Australia and she was appointed to referee at the 1999, 2003 and 2007 FIFA Women’s World Cups, as well as the Sydney 2000 Olympic Games.

In 2008 she became a training instructor for referees before retiring in 2011. ​ 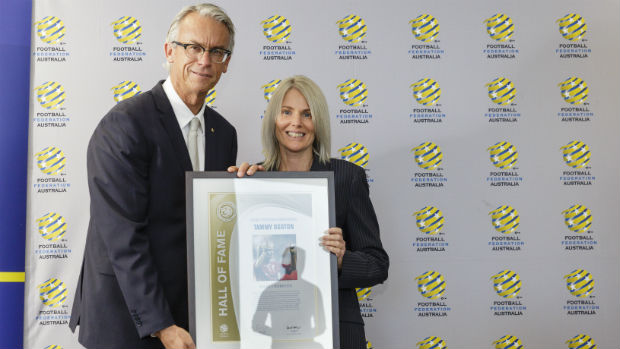 The Young Socceroos (Australian U-20 Men’s) team which played at the 1981 FIFA World Youth Championship.

This was the first FIFA tournament that Australia had ever hosted.

The Young Socceroos finished second in group D after defeating Argentina 2-1 and drawing with Cameroon (3-3) and England (1-1).

The Young Socceroos were knocked out in the Quarter Finals, 0-1, by the eventual champions West Germany. Mark Koussas collected the Golden Boot award as the top goal scorer of the tournament with six goals and the Australian team also received the Fair Play Award. 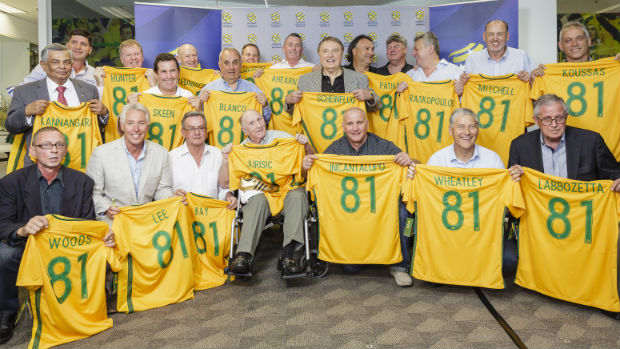