As the Caltex Socceroos prepare to embark on a new era, the appointment of Graham Arnold as head coach brings it with a heavy dose of history.

The former Sydney FC and Central Coast Mariners boss returns to the national team setup sharpened by sustained success in the Hyundai A-League.

From star player to trusted lieutenant and now chief mentor, we chart Arnie's extensive association with the national team.

From obvious early talent in the National Soccer League to consistent scorer in Europe, Arnold's impressive club career with the likes of Roda JC, Charleroi and NAC Breda was mirrored by reliability for the Socceroos.

The New South Welshman made his senior breakthrough with Sydney United in 1982 and just three years later was called into the national team by Frank Arok.

He scored on debut in a 7-0 win over Chinese Taipei in Adelaide and would go on to appear in 54 'A' internationals across 12 years of service, occasionally captaining his country. 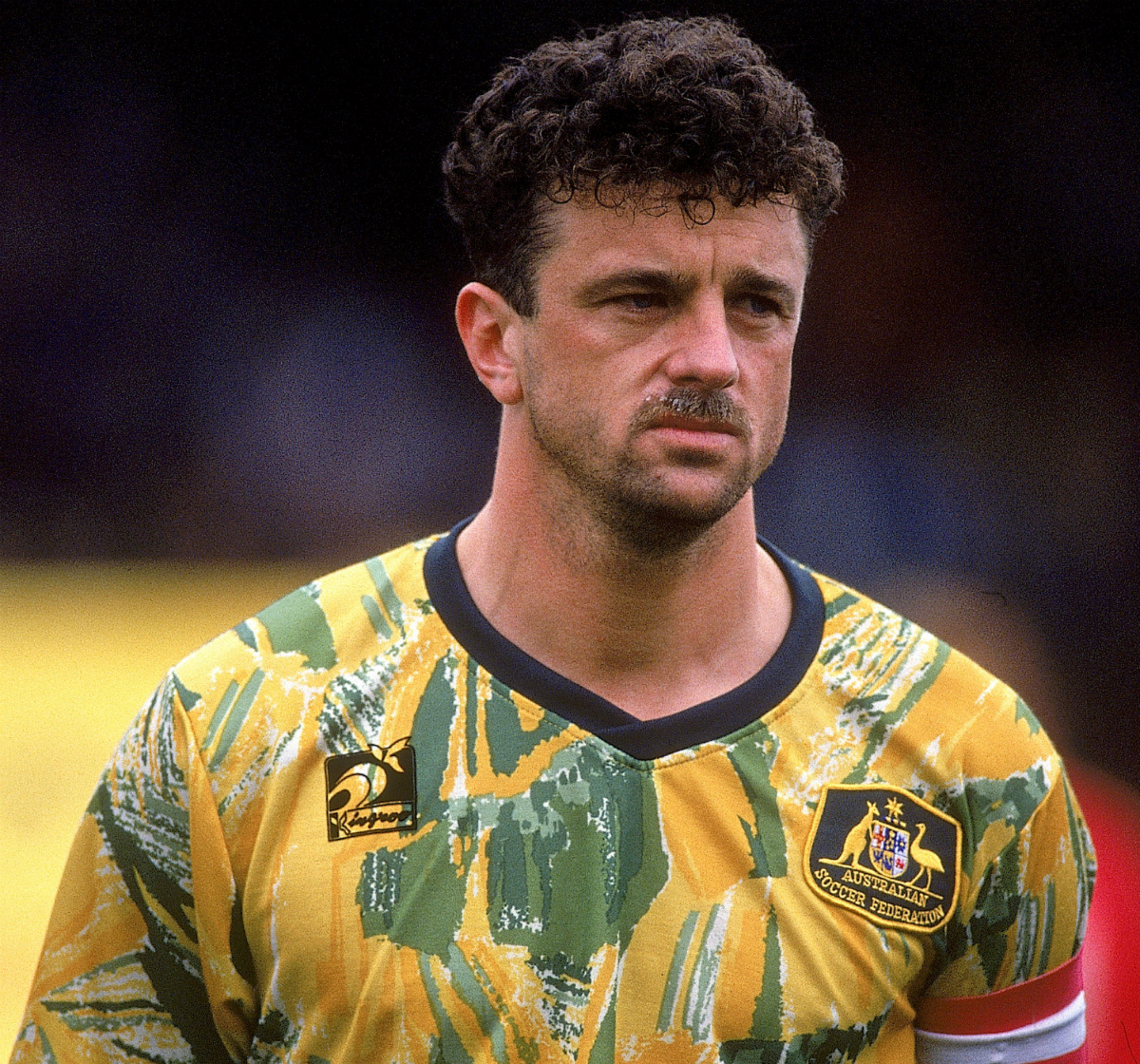 Among the highlights was selection in a star-studded forward line featuring Frank Farina and John Kosmina for the 1988 Olympic Games, where he featured in every match on the way to the quarter-finals.

An uncompromising centre-forward, Arnold appeared in four FIFA World Cup qualifying campaigns - including both legs of the slim play-off loss to Argentina in 1993 - and it was in that arena that his international career came to a sad end in 1997.

Then 34, he was thrown on by Terry Venables in attempt to rescue the second leg of the infamous qualifying clash with Iran, but the 2-2 draw in Melbourne tragically ended the nation's hopes and brought a fine Australia career to a close.

His tally of 19 officials goals ranks him as the Caltex Socceroos' 10th-highest scorer.

Arnold, unfortunate to never reach the game's grandest stage as a player, enjoyed a measure of catharsis in his role as assistant to Guus Hiddink.

The legendary Dutchman retained Farina's former right-hand man when he and Johan Neeskens arrived in Australia in 2005.

They went on to end Australia's 32-year wait for a FIFA World Cup berth, with Arnold describing Hiddink's man-management methods as "genius" and saying he absorbed a decade's worth of information during the time together. 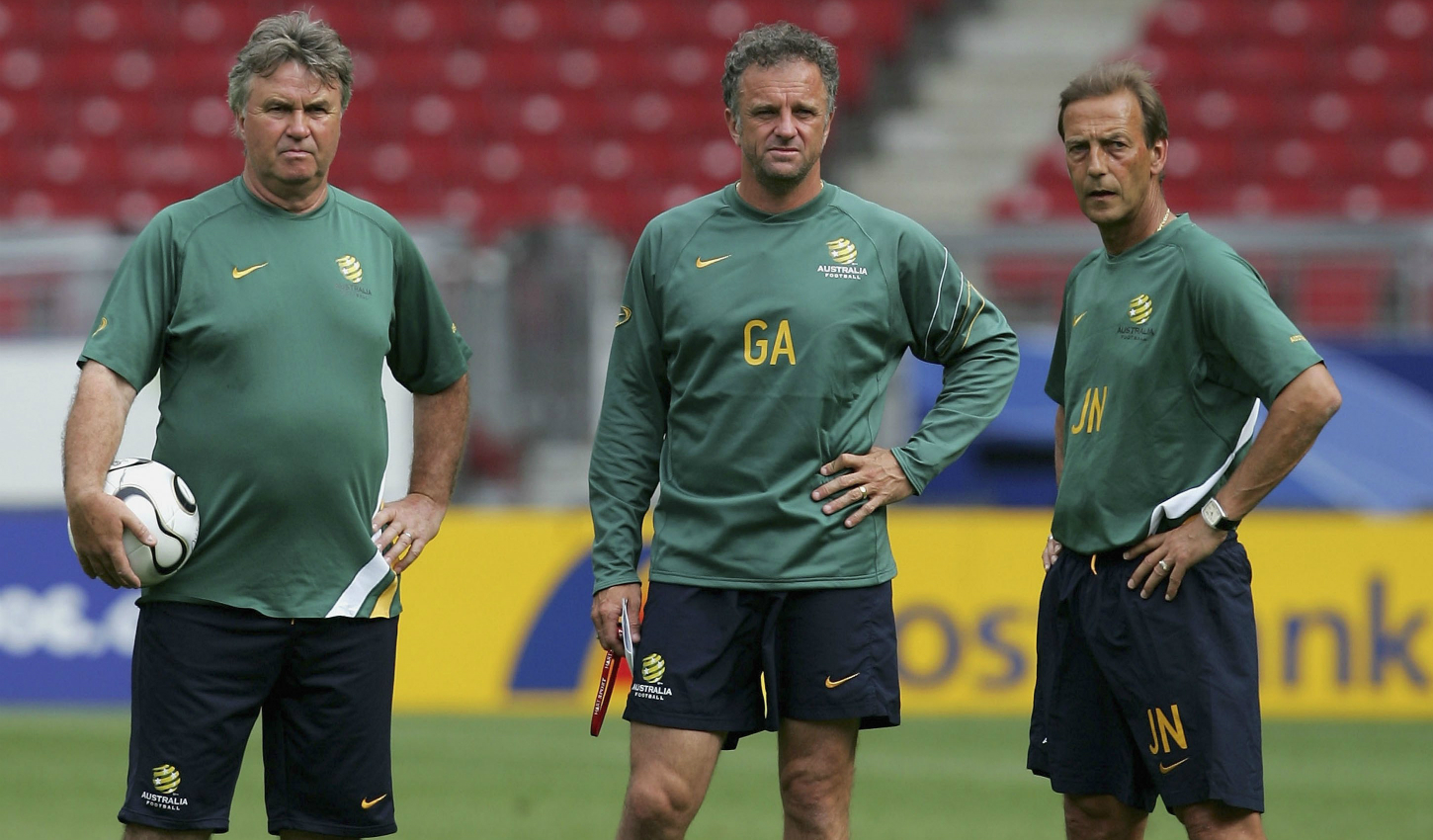 Arnold would return to the pinnacle four years later as part of Pim Verbeek's backroom staff.

Four points and a second FIFA World Cup victory were the results of a campaign that fellow marginally short of the knockout rounds.

His two trips to the tournament came either side of leading Australia to the 2008 Olympic Games, where a 1-1 draw with Serbia was followed by single-goal defeats to Lionel Messi's Argentina and Ivory Coast.

Arnold's ascension to the top job comes on the back of a highly successful eight years in club football.

It's a stark contrast to the experience he took into AFC Asian Cup 2007 as a short-term successor to Hiddink.

Sapping humidity, a challenging preparation and stiff opposition made for a tough initiation for both coach and country.

Arnold has since commented on the 'back-to-front' nature of a managerial career that in less than six months time will take him back to Asia's showpiece tournament.

It's a second chance for the former skipper to add to a Caltex Socceroos legacy that already spans no fewer than 22 years. 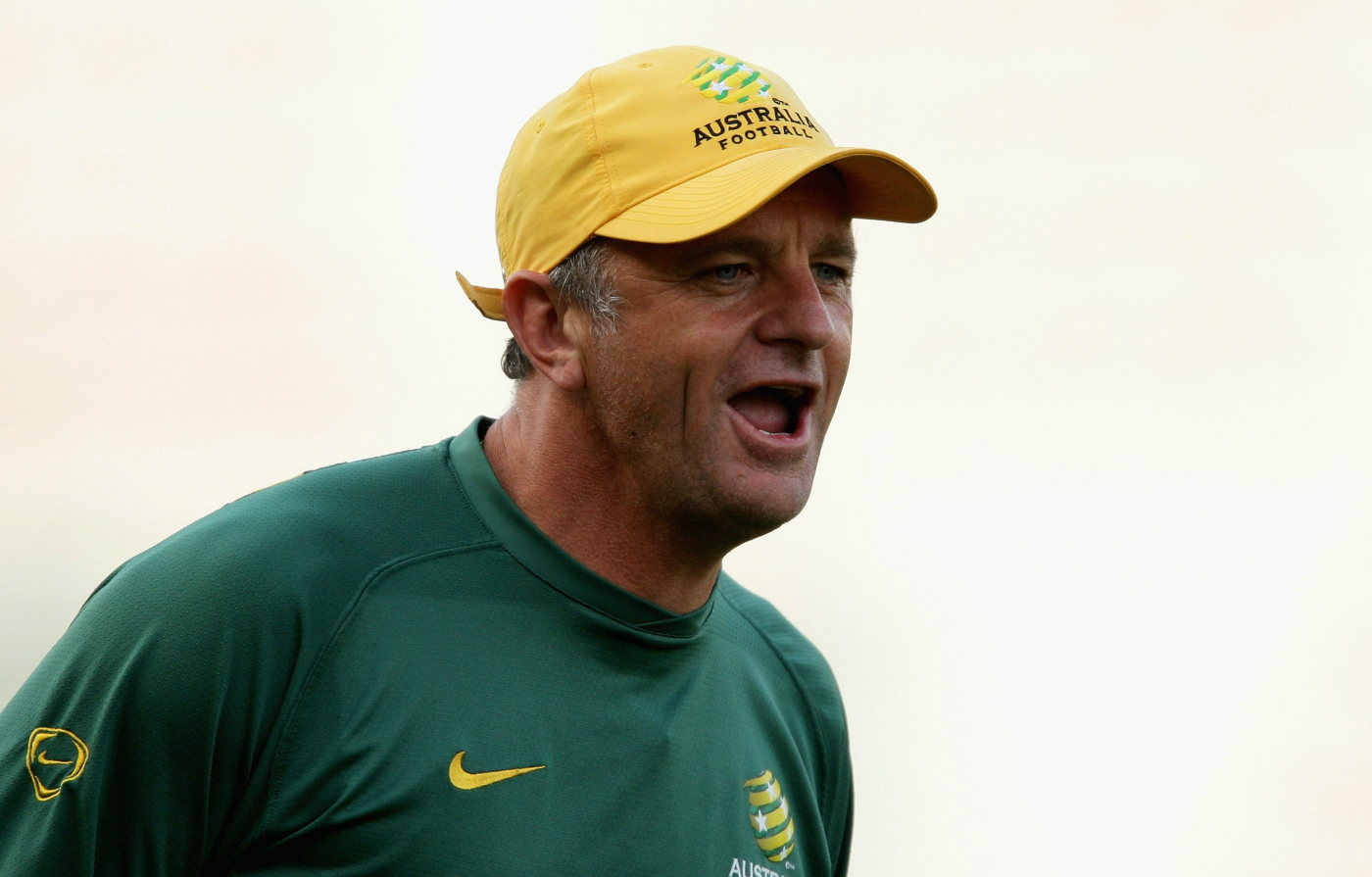