A CommBank Matildas team full of fresh faces and domestic stars have been outmatched  7-0 by a Spanish side primed to dominate the upcoming Women's Euros.

CommBank Matildas' manager Tony Gustavsson had promised to give opportunities to domestic stars for the Spain friendly in Huelva. The Swede kept to his word, with eight changes made to the side that defeated New Zealand 3-1 in Canberra.

It was an emotional return for Larissa Crummer, who started the match in the midfield, for her first cap in over two years, having recovered from a serious leg break. Courtnee Vine gained her first start, headlining an all-A-League's front-line alongside the aforementioned Crummer and coupled with Brisbane Roar teammates Katrina Gorry and Emily Gielnik.

Getting the ball off the Spanish proved difficult in the opening stanza, with the FC Barcelona and Real Madrid combinations on full display against an Australian side who were particularly fresh-faced, having decided to rest a number of their world-class stars for the June camp.

The green and gold remained resolute early, with the tireless work of Clare Wheeler and Emily Van Egmond in the middle of the park, snuffing out any threats posed by the home side, including those that involved Ballon D'Or superstar, Alexia Putellas.

The confidence built through their defence almost resulted in an opener at the other end, with a swift counter-attack mid-way through the half-finding Gorry, who let fly from 20 yards out, hitting the crossbar.

The backline bravery of the CommBank Matildas was finally undone on the stroke of half-time, in spectacular fashion, with Aitana Bonmatí curling her edge-of-the-box shot past the outstretched arm of Teagan Micah.

Now a goal down at the break, coach Gustavsson elected to bring on some attacking reinforcements, with Lismore-born Brisbane Roar star, Jamilla Rankin, given her international debut.

The 19-year-old is technically a member of the back-line, yet the full-back has become known for her progressive play, regularly linking with Roar teammates Gorry and Gielnik. 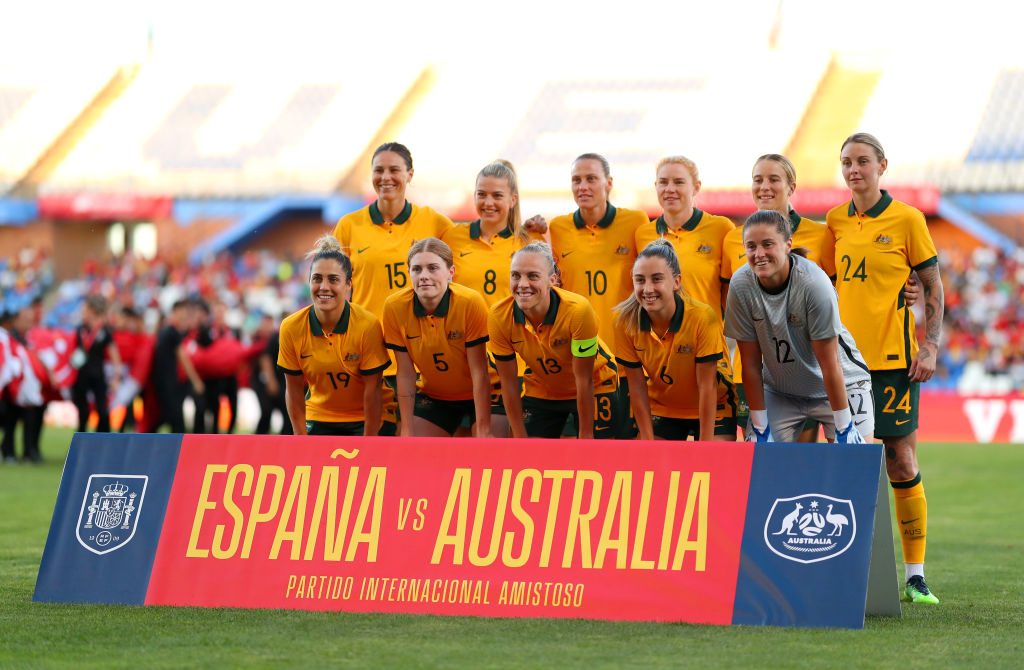 Spain was fast out of the blocks in the second half, doubling their lead through a similar long-range effort in the 48th minute, before two exquisite passing passages that cut through the Australian defensive lines were expertly finished off, with the home side grabbing their third and fourth in the 53rd and 58th minutes respectively.

Eager to change the tide of the match and dampen down the Huelva crowd, Gustavsson brought on his trusted super-sub Remy Siemsen in the 66th, alongside Stanford University's Amy Sayer, who made her first international appearance since April 2021.

Finishing off the array of Australian debutants was Sydney FC's Taylor Ray, who was introduced to the side's midfield in replace of Katrina Gorry, with just 15 minutes to go.

The youngster may well have been excused for believing she was cursed from selection, having been the standout midfielder within the A-league Women's competition for almost 18 months, yet continually found herself injured with two ACL injuries, or sick with COVID-19 when selectors had earmarked her for green and gold duty.

Not to be denied late on, the home side extended their lead further in the last 10 minutes, scoring in the 81st, 89th, and 90th minutes, to further build momentum for their upcoming European Championship campaign. 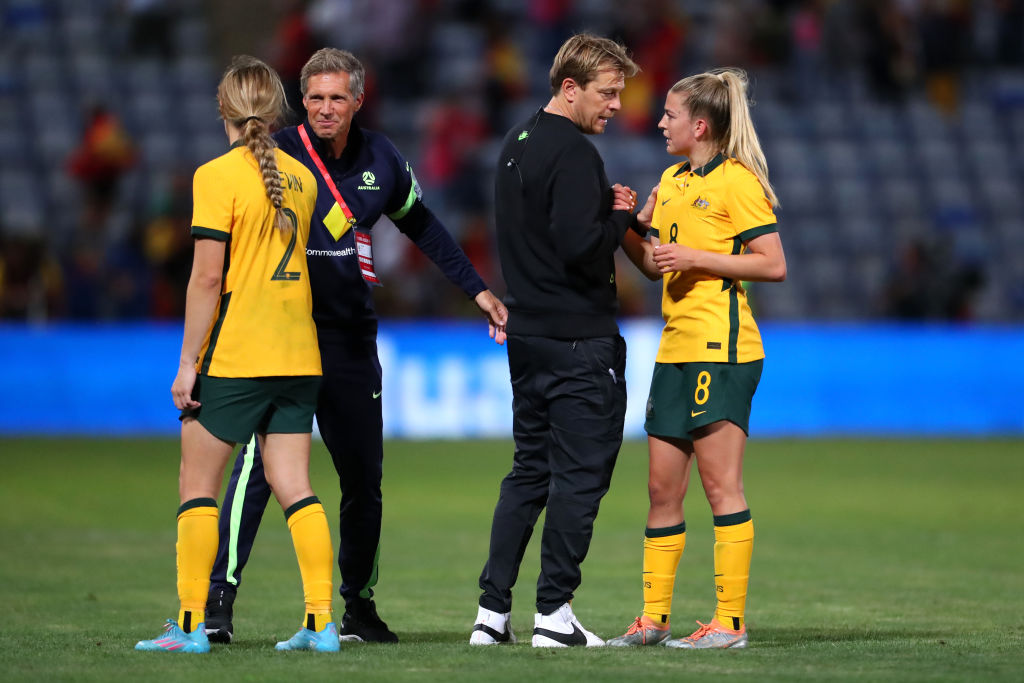 Despite a second-half onslaught, the Australian supporters still recognised Charlotte Grant as their Player of the Match, after an immense defensive shift. Grant remained impenetrable against the world's best player, Putellas, in the first 45, while displaying an incredible level of fitness, continuing to push the ball forward while balancing a high defensive workload.

Teagan Micah's chances for first-team selection at the FIFA Women's World Cup have been enhanced, after another strong performance between the sticks, marshalling an inexperienced backline against one of the world's strongest attacks, with a freak goal denying her a clean sheet.