Socceroos midfielder Mustafa Amini uploaded a series of videos to his Instagram story of him generously passing on his possessions to the people in Aarhus as he prepares to depart the Danish city.

Mustafa Amini shared videos of him handing out his possessions to people in Aarhus before he departs the beloved city where he has been based for the last four years.

On his Instagram story, the ex-Aarhus midfielder can be seen handing out a range of items from the back of a van with the help of fellow Aussie and Olyroos midfielder Zach Duncan.

“I’ve been living here for four years and I see this area with the people, so I thought why not give them this stuff that I’m not going to take with me, and it was a hit, they were really happy,” Amini told Socceroos.com.au.

The people that received Amini’s gear were extremely appreciative while for one man it was made even more special by the fact that it was his birthday.

“One of them actually teared up because he said it was his birthday and he got my suit which was so nice,” Amini said.

“He actually took off his shirt in the middle of the street and put it on which was funny.”

The 27-year-old’s selfless act for these people highlights just how much the city meant to him as he prepares to say his final goodbyes before departing the city. 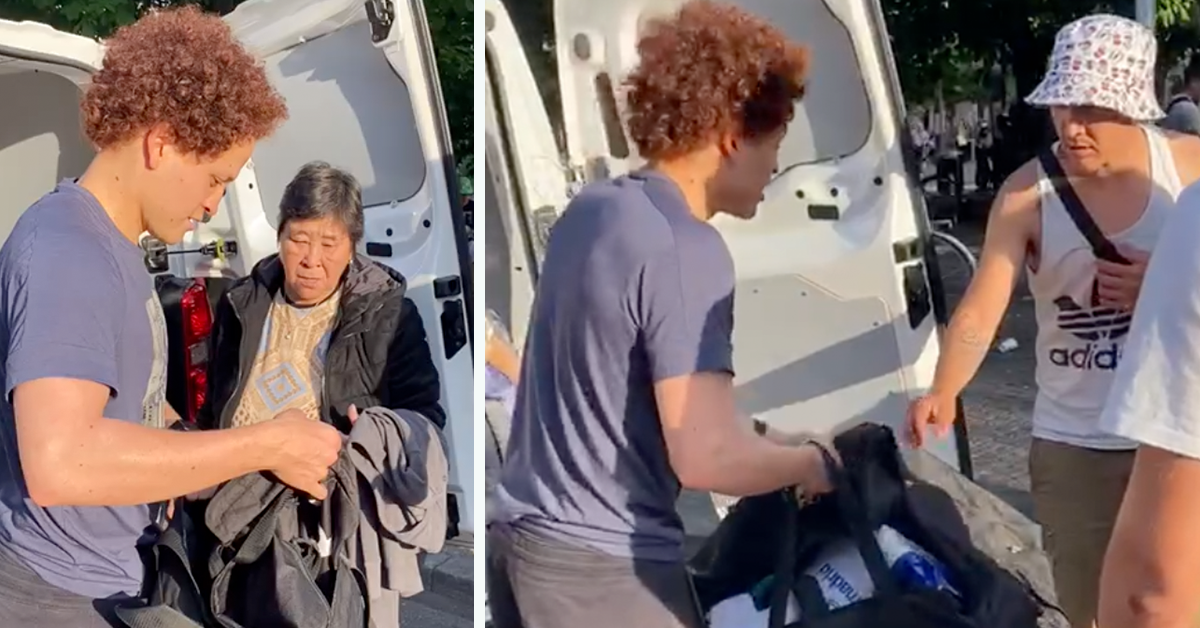