Ante Milicic says the “door is always open” for players to force their way into the Westfield Matildas squad but believes continuity was key to selecting an unchanged squad for next month’s must-win tie against Vietnam.

The Westfield Matildas boss stuck with the same 20 players that advanced past China, Thailand and Chinese Taipei earlier this month to have Australia on the cusp of a spot at the 2020 Tokyo Olympics.

Australia take on Vietnam home (March 6) and away (March 11) with the aggregate winner over the two legs to book their spot at the Olympics.

With just three weeks between the last match against China and the first leg against Vietnam in Newcastle, Milicic was happy to stick with the players that topped Group B in the previous round of qualifying.

“Spending three and a half weeks together [in the last camp], I always feel that the longer we are together that we benefit and there’s no real need to change,” he told reporters on Wednesday.

“In saying that, it’s a qualification game so there’s a lot of importance to it but I was happy with the group and the way they conducted themselves on and off the field.

“The standards that they set every day were exceptional and also in the back of my mind I know in April we have two friendly games against two top 10 nations.

“So there’s potentially an opportunity to go there with a larger squad and look at a couple of faces that haven’t been in the squad for this current qualification series.”

With nations only allowed to include 18 players in their squads for Tokyo, Milicic will face some tough decisions going forward should Australia qualify for the Olympics.

And while the players in the current squad may have the front-running for a ticket to Japan, the Westfield Matildas boss admitted there a host of players on the fringe of the squad that remain in contention.

“A lot is going to be determined by what happens after the W-League season and what level the girls are playing and training at and what condition they are,” said Milicic. 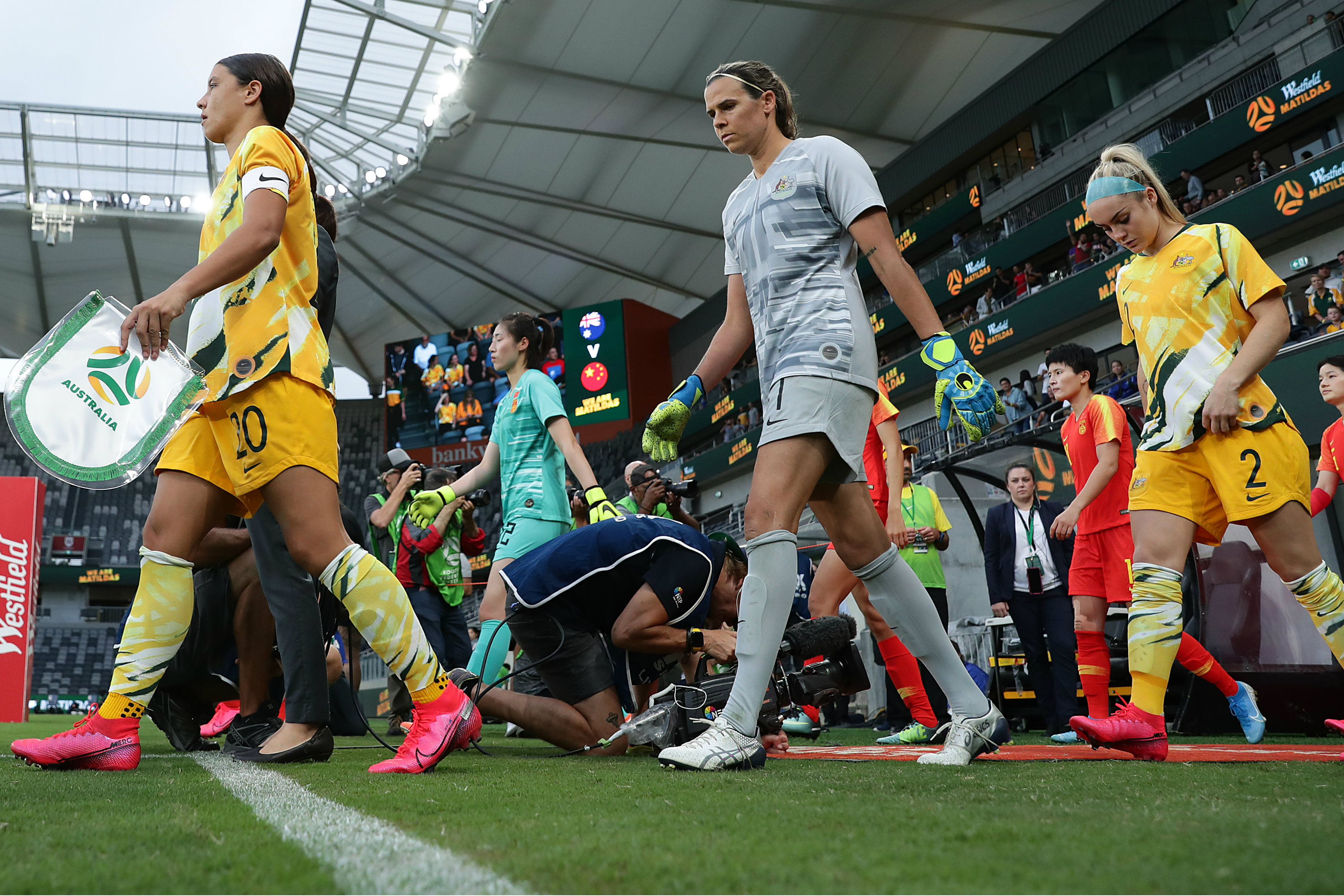 “I wouldn’t say it is going to be very difficult [for players to break into the squad] but the more I work with the girls, the more they understand what we want.

“Obviously the ones that are in at the moment I’m happy with. For this camp, there wasn’t any real need to change it, I just wanted some consistency that they go together.

“But in football there can be injuries, suspensions and things can change... the door is always open.”

Milicic revealed attacker Hayley Raso had surgery on Wednesday to repair a broken nose suffered early in the 1-1 draw with China last week.

She is likely to remain in Australia to prepare for the Vietnam clash, putting her debut for new FA Women's Super League club Everton on hold.

Besides Raso, the squad features four other players that are based in Europe, including skipper Sam Kerr (Chelsea), attackers Caitlin Foord (Arsenal) and Emily Gielnik (Bayern Munich), and midfielder Chloe Logarzo (Bristol City).

“The two we need to keep an eye on is Caitlin Foord and Chloe Logarzo. I know when you go to a new club and there’s a lot of excitement and things to do away from the field, the change of the weather and the travelling,” Milicic said.

“We need the girls to come back fit and healthy. I understand what that travel is and we’re really keeping a close eye on that.

“The rest and recovery is just as important as the training and match minutes that they do.

“We want the squad that’s been selected to come in fit and available and hopefully bringing some match minutes from their clubs,” he added.

“We’ll work on our playing style and look to put on a positive performance in the first leg in Newcastle." 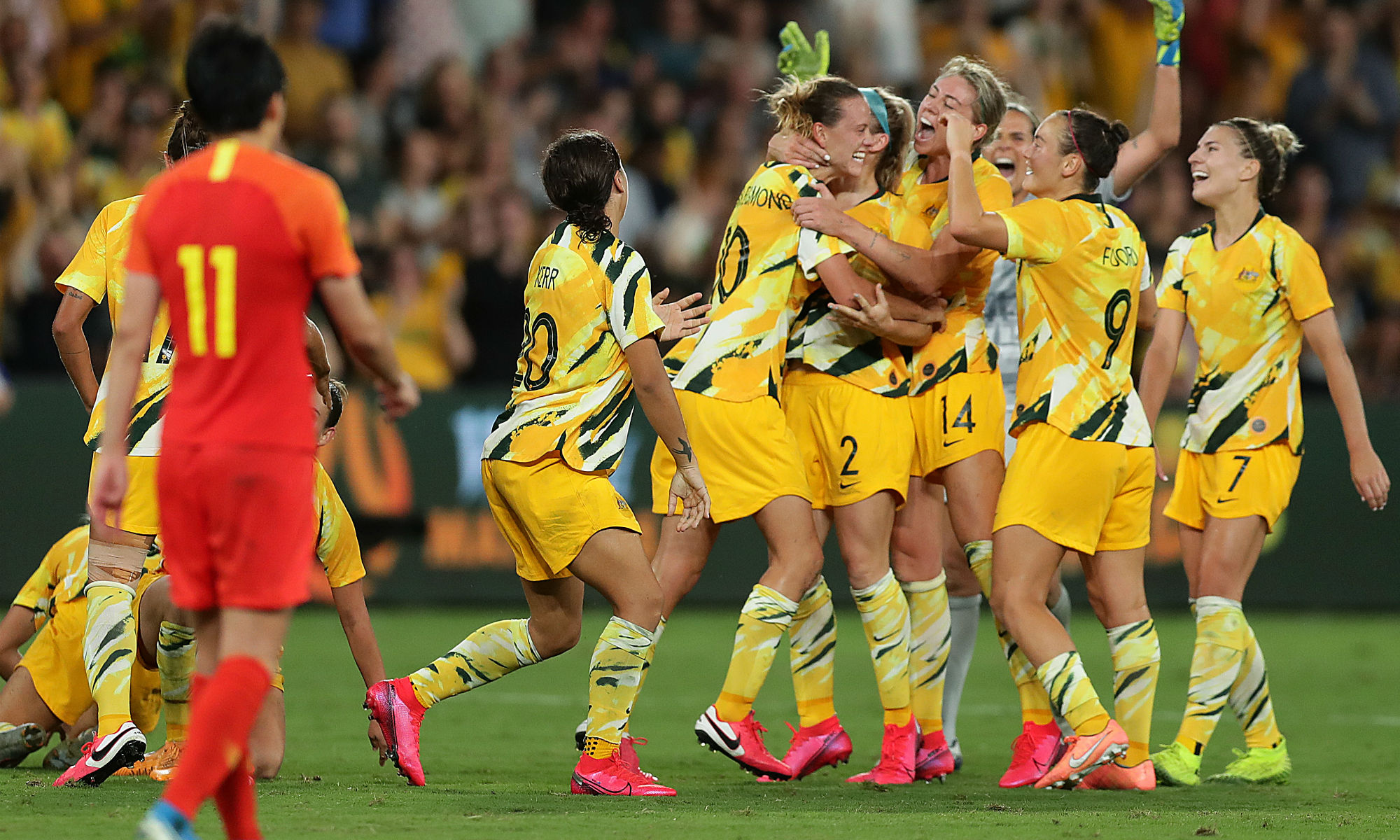 Football Federation Australia (FFA) is saddened to learn of the passing of one of FFA Hall of Fame's inaugural inductees John 'Martin' Royal. Royal passed away peacefully on Sunday, 29 March 2020 in Kew, Victoria.

When the Socceroos finally secured a spot at the FIFA World Cup for the first time in 32 years, there was no Twitter or Instagram while Facebook and Youtube were yet to enter the public's conscience.  Rather, the 2005 play-off against Uruguay was captured through videos and ph