Melbourne Victory come into the Hyundai A-League 2019/20 Season with a score to settle.

Losing 6-1 to eventual Champions Sydney FC in last season’s Finals Series ended a campaign, which began with so much promise, in devastating fashion.

Much has changed since the Semi Final humiliation; a new coach is on board and some familiar faces have returned to a Victory squad determined to avenge the disappointing finish of the 2018/19 campaign.

For the first time in seven seasons, Victory head into a Hyundai A-League campaign without Kevin Muscat at the helm.

The former captain has been at the club since 2005, first as a player, then Assistant Coach before becoming Head Coach for the 2013/14 season.

Muscat’s fingerprints are all over Victory, and it will be interesting to see which direction the club goes under new manager Marco Kurz.

Kurz’s Reds rode a wave of impressive form late in the season which culminated in their brave Semi Final performance against the Premiers, enhancing the German’s reputation as a manager in the Hyundai A-League.

Now that reputation will be put to a stern test as Kurz takes on one of the biggest jobs in Australian football.

Robbie Kruse and Andrew Nabbout have both returned to Melbourne for the 2019/20 season after successful stints overseas.

The Caltex Socceroos duo join Swedish striker Ola Toivonen in an attack which will strike fear into defences around the league.

After the off-season departures of Kosta Barbarouses and Keisuke Honda, Victory fans will hope their new star trio will hit the ground running this season.

STORYLINES: Everything you need to know before 2019/20 Season kick off

Pride will be on the line when the two sides meet for the first time in Round 6 at Netstrata Jubilee Stadium, the scene of Victory’s Semi Final thrashing.

Add in the intrigue of former Victory star Kosta Barbarouses making the switch to Sydney in the off-season and the Big Blue is sure to erupt this season.

There’s a new kid in town, and Melbourne Victory will be determined to stamp their authority over their Victorian rivals.

Over the years Victory have developed a number of healthy rivalries and, with Western United being so close to home, there’ll be a little extra on the line whenever these sides meet this season.

Led by new coach Erik Mombaerts, exciting import Craig Noone and red-hot Jamie Maclaren, Melbourne City look to have all the ingredients of a competitive team this season.

In recent years Melbourne City’s parent club Manchester City have taken over the English town leaving Premier League giants Manchester United in their dust, and Victory will be determined not to let the same thing happen to them in Melbourne.

FIXTURES: Why Victory need to make early statement in battle for Melbourne

Ola Toivonen made an instant impact in his first season in the Hyundai A-League, scoring 15 goals for Victory.

The Swedish marquee man will once again be deployed as Victory’s focal point, and Kurz will hope the recruitment of both Kruse and Nabbout will produce the kind of silver service that new Victory's new captain, Toivonen, can feast on throughout the season.

Adama Traore returns to Victory after a five-year spell in Europe which garnered trophies, Champions League football and a wealth of experience for the Ivory Coast international.

Three consecutive league titles with Swiss Super League side FC Basel highlight Traore’s European adventure since the conclusion of the 2013/14 Hyundai A-League season, in which he won Victory’s player of the season award.

Now, the 29-year-old right-back returns to Melbourne and Victory fans will hope for the same stellar form Traore produced in his last season in the Hyundai A-League.

Victory’s success will largely depend on the squad’s ability to gel after an off-season of big name arrivals and departures.

Coping with the loss of Honda, Barbarouses, James Troisi, Georg Niedermeier, Carl Valeri and Raul Baena – not to mention Muscat – is a monumental task which Kurz has done his best to manage through an impressive recruitment drive.

But whether or not those new signings bed in well – and how quickly they settle – will greatly affect Victory’s ability to improve on their 2018/19 Hyundai A-League campaign.

Kurz spent two seasons at Adelaide United, guiding them to consecutive Finals Series and to lift the FFA Cup 2019.

Before his move to Australia, Kurz managed a number of clubs in Germany winning the Bundesliga 2 title, and promotion to the Bundesliga, with FC Kaiserslautern in the 2009/10 season.

Kurz has a positive record of 24 wins, 14 draws and 19 losses in his 54 Hyundai A-League games as Adelaide head coach, including finals.

The German takes charge of Victory with more than 300 games of managerial experience acquired in the Hyundai A-League, German Bundesliga and lower divisions. It will take all of his poise, intelligence and know-how to guide Victory to success this season, and in the years to come.

LETHAL RECORD: The surprise goal stat that has Kruse among Victory legends

Victory’s home kit features a pattern of small triangles all over the predominately navy blue kit with the iconic white ‘V’ created by a series of thin white lines which stretch across the chest.

The away kit is a tribute to a classic away jersey worn by the likes of Archie Thompson, Carlos Hernandez, Kevin Muscat and all those Victory legends that came before the current crop.

The grey kit features a solid white ‘V’ and navy blue across the chest and down the shoulders. 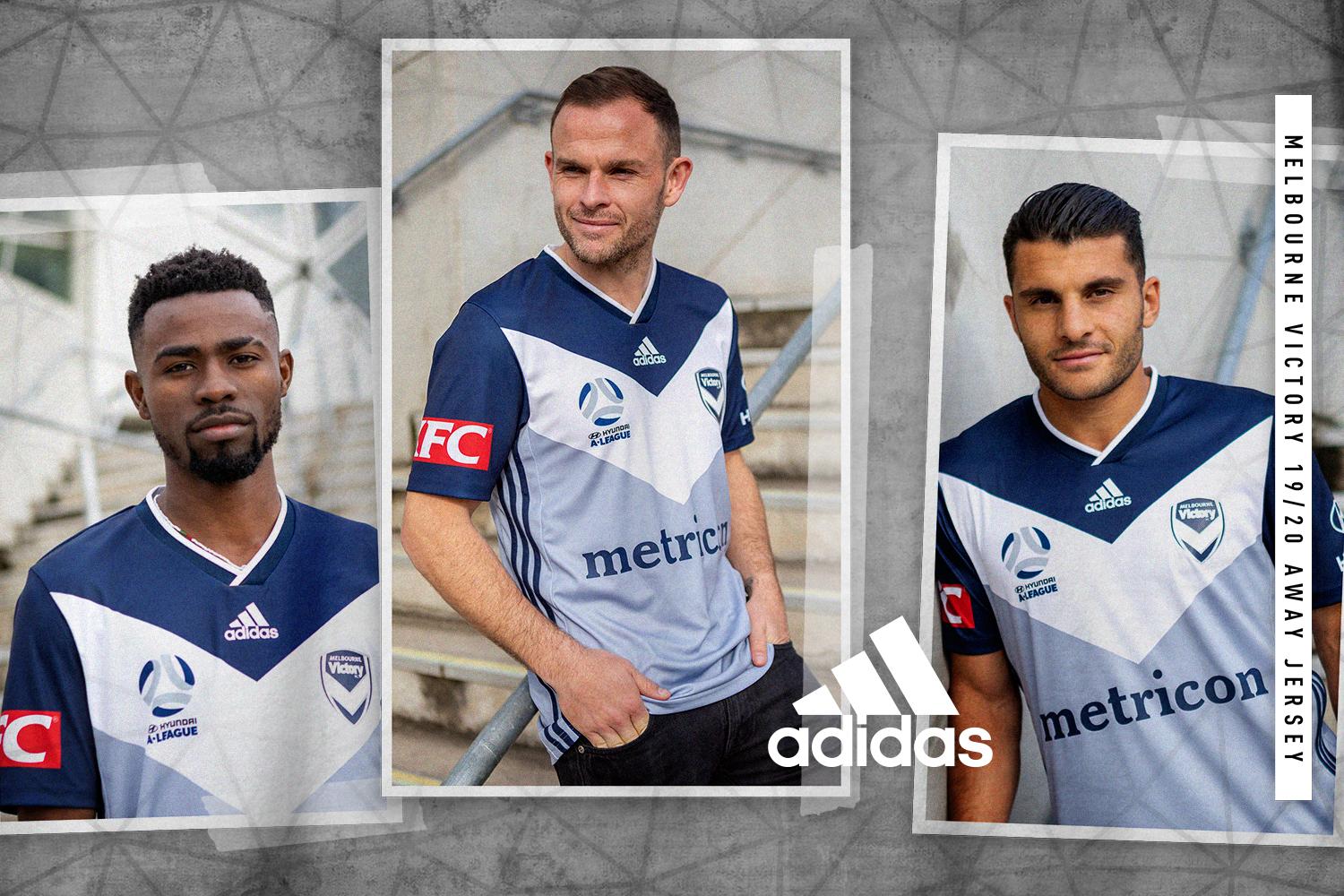 NEW STRIPS: Every club's kit for the new season

What are you waiting for? Join the Melbourne Vicotry family today.

You won't want to miss Victory in action. Book your seat to a match here.