Could not retrieve the oEmbed resource.

A first-round meeting of Arsenal and Chelsea headlines a huge weekend for our CommBank Matildas all over the world.

As the FAWSL kicks off this weekend for 10 of our CommBank Matildas - check out exactly when our Matildas Abroad will be in action over the coming days!

The eleventh season of England’s FA Women’s Super League kicks off this weekend with a host of Aussies set to be in action.

Emily Gielnik's new side Aston Villa take on newly-promoted Leicester City, Gielnik is looking to make her debut for Villa when they host Leicester on Saturday at 9:30 pm (AEST).

Manchester City is hoping a plethora of new signings will be the key to lifting the league title this season.

Hayley Raso made her debut for City in their 1-1 UWCL draw with Real Madrid, while Alanna Kennedy is yet to feature for her new club.

Manchester City kicks off their campaign against Everton on Saturday at 10:30 pm (AEST). 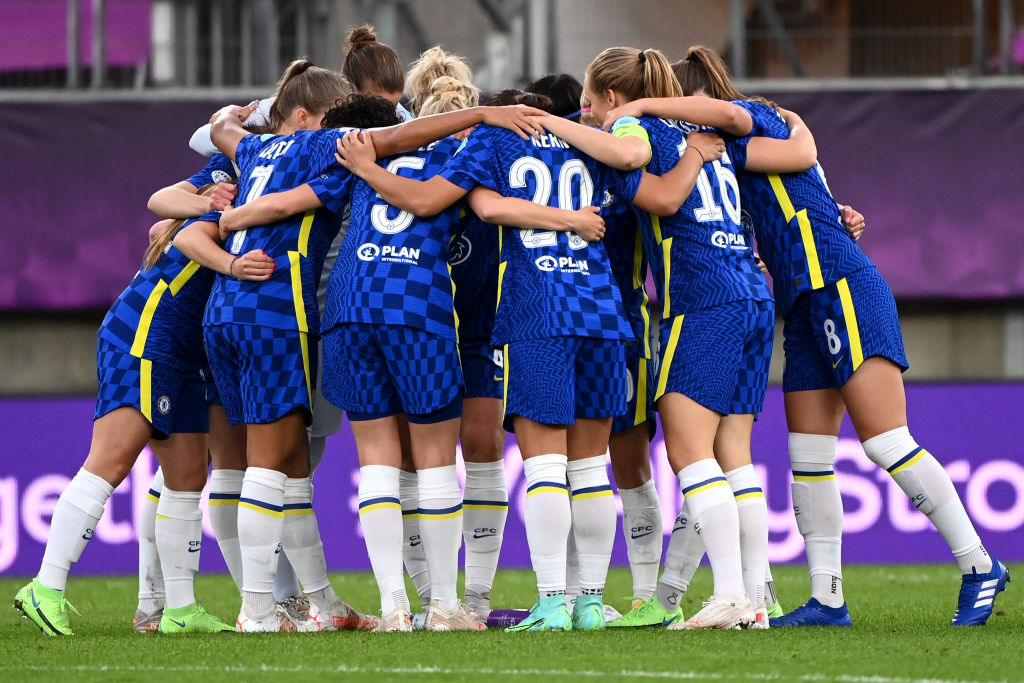 In the biggest game of the opening round, Arsenal hosts reigning champions, Chelsea.

Sam Kerr is looking to see Chelsea off to a flying start. After finishing top goal scorer last season notching 21 goals, the striker is looking to get her scoring underway against Arsenal.

Arsenal's Caitlin Foord, Steph Catley and Lydia Williams will be standing in the way of Kerr's Chelsea.

The game will be a treat for football fans, kicking off on Sunday at 9:30 pm (AEST).

With Arnold rated top keeper in last year's WSL season according to BBC, she will look to impress fans in goals. While Yallop is hoping to make her WSL debut against Brighton & Hove Albion on Sunday at 11:00 pm (AEST).

In France, Mary Fowler will be looking to make her first appearance of the season when Montpellier host PSG on Saturday at 2:30 am (AEST).

In Spain, Beattie Goad's UDG Tenerife have a difficult first game of the season when they travel to take on reigning champions FC Barcelona, kicking off on Saturday at 8 pm (AEST).

In Sweden a handful of CommBank Matildas continue their Damallsvenskan season, Clare Polkinghorne is looking to make her first appearance after the Tokyo 2020 Olympic Games when Vittsjö welcome third place Eskilstuna on Saturday at 10:00 pm (AEST).

After making her UWCL debut in goals throughout the week Teagan Micah and Charli Grant's FC Rosengård sit at the top of the table, they host AIK on Saturday at 10:30 pm (AEST).

Dylan Holmes' BK Häcken sit in second behind Rosengård, they are looking to stay in the title race when they travel to take on Piteå on Saturday at 11:00 pm (AEST).

Moving over to Denmark, Jenna McCormick's AGF takes on HB Køge as they look to climb the ladder, McCormick made her second start for AGF Fodbold in their 2-2 draw with Brøndby last week. The game kicks off on Saturday at 11:00 pm (AEST).

Meanwhile, Indiah-Paige Riley and Alex Huynh's Fortuna Hjørring take on Kolding Q as they look to extend their lead at the top of the table. Riley made an appearance off the bench in their game last week, while Huynh is yet to appear after making the move from Napoli. The game kicks off on Sunday at 10:00 pm (AEST).

In Iceland, Emma Checker's Selfoss host Tindastóll, Checker captained her team in their 6-2 win over ÍBV. They look to climb the table against the side at the bottom of the table Tindastóll on Sunday morning at 12:00 am (AEST).

Over in Italy, Ella Mastrantonio's Lazio travels to Milan as Lazio look to secure their first win of the Serie A season on Monday at 1:30 am (AEST).

Our last destination takes us to America, where Chloe Logarzo and Kansas City host the North Carolina Courage on Monday at 9:00 am (AEST).

Logarzo's side sits at the bottom of the table in the NWSL, while Courage sits in second place.