Central Coast Mariners and Newcastle Jets have been forced to settle for a 1-1 draw in Saturday night’s F3 Derby in Gosford.

In another keenly-contested and dramatic clash between the two fierce rivals, the Jets came from behind to salvage a point thanks to Dimitri Petratos’ second-half penalty.

But the Jets playmaker converted his spot-kick at the second attempt, after Mark Birighitti saved the first shot, only for VAR to order a retake after the Mariners keeper had left his line before Petratos struck the ball.

The Mariners had led since the fourth minute after a venomous volley from Serbian import Milan Djuric.

And Djuric almost won the derby in the final minute, striking the post with a wonderful effort from distance as both clubs pick up their first point of the campaign.

What a start for the Mariners!

The break forward with Jordan Murray picking up possession on the left and floating a cross to the far post.

It picked out the run of Milan Djuric who hit the ball sweetly on the volley, smashing it past Glen Moss into the far corner of the net.

The Serbian becomes just the second Mariner ever to score in his first two games for the club, following on from Spaniard Asdrubal two seasons ago.

Jets up the pressure, Mariners lead at the break

Newcastle grew into the match as the first half went on, forcing the Mariners to sit deep in their half.

But the visitors struggled to turn possession and field position into genuine chances, with Nick Fitzgerald’s low drive the only real save Mark Birighitti had to make.

The Mariners defenders often through their bodies in the way of shots or made brave clearances to deny the Jets attack a chance to get shots on target.

It ensured the home side too a lead to the break. 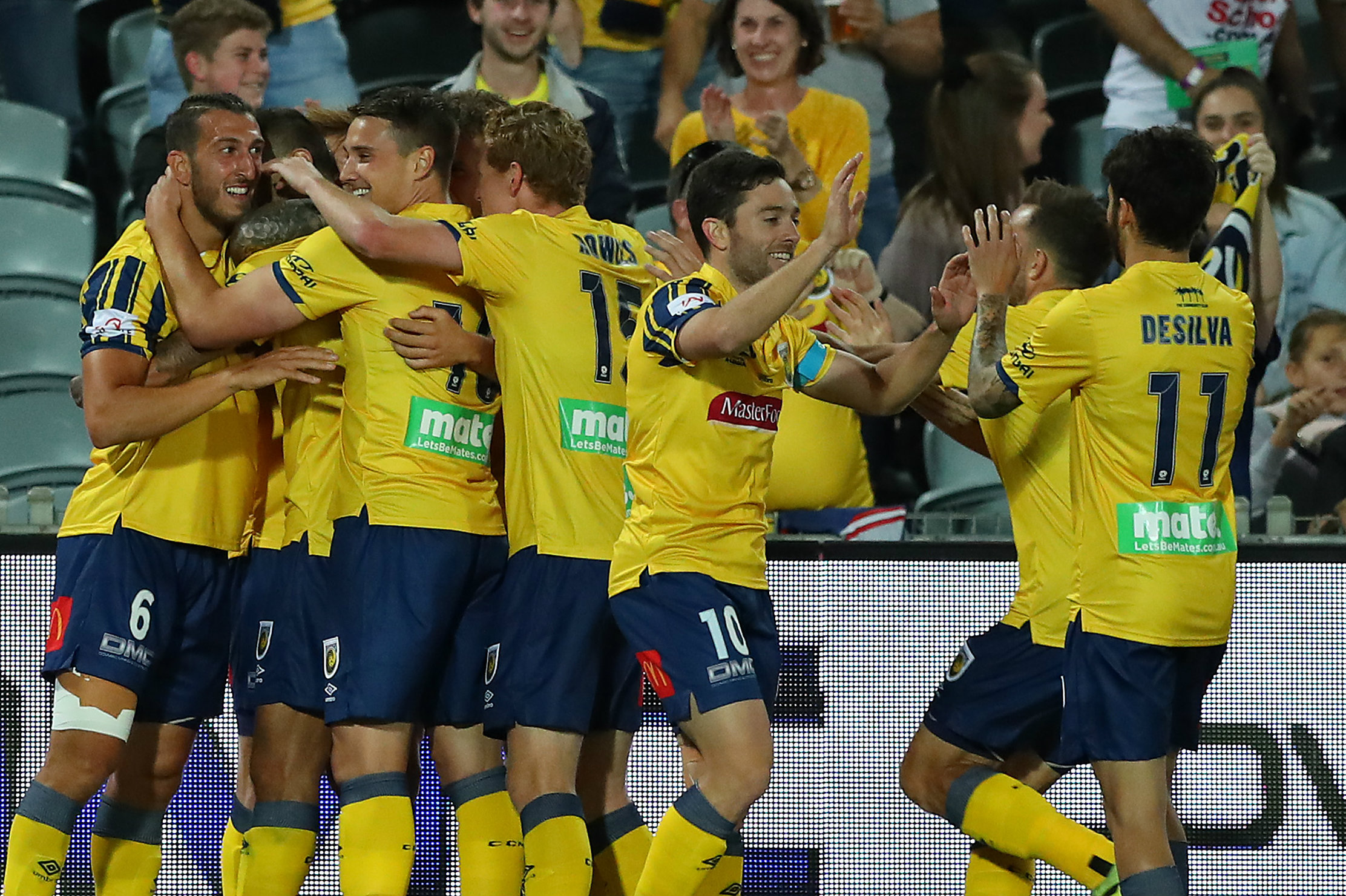 Chances at both ends in crazy few minutes

First Djuric almost had his second, aiming for the top corner from a free-kick wide on the left, forcing a sensational save from Glen Moss.

Then Daniel De Silva danced around a couple of Jets defenders and rounded Moss before crossing, but the Jets defence cleared before anyone could strike it home.

But the Jets also looked dangerous, with Fitzgerald forcing a smart low stop from Mark Birighitti soon after.

Jets score from the spot…at the second attempt

The Jets were awarded a penalty after the referee spotted a clear handball by Mariners midfielder Giancarlo Gallifuoco.

Dimitri Petratos took responsibility from the spot but Birighitti pulled off a sensational diving save to keep it out.

But just like last season in this fixture, VAR forced a retake after replays showed Birighitti had moved off the line before Petratos struck the ball.

Petratos this time made it count, squeezing a powerful strike just under the keeper to level the scores.

Woodwork denies Mariners at the death

The home side were inches away from taking all three points in the final minute through Djuric again.

Not afraid to try his luck from distance, Djuric struck a powerful low drive from 25 yards out, with the ball too pacy for Moss but only struck the post and stayed out.

Who was your man of the match?

Round 2: Mariners v Jets man of the match