Football Federation Australia (FFA) and NAB, together with Melbourne City FC are proud to announce Bruce Kamau as the October nominee for the Hyundai A-League, NAB Young Footballer of the Year 2017/18 Award.

This is Kamau’s first nomination for the Hyundai A-League, NAB Young Footballer of the Year Award.

Kamau began the Hyundai A-League in scintillating form scoring two goals in his team’s first round victory over Brisbane Roar FC. He backed up this performance with the winning goal in the Melbourne Derby in Round 2 and has been an integral member of the team that is currently undefeated and at the top of the Hyundai A-League 2017/18 points table after round 4 on maximum points. 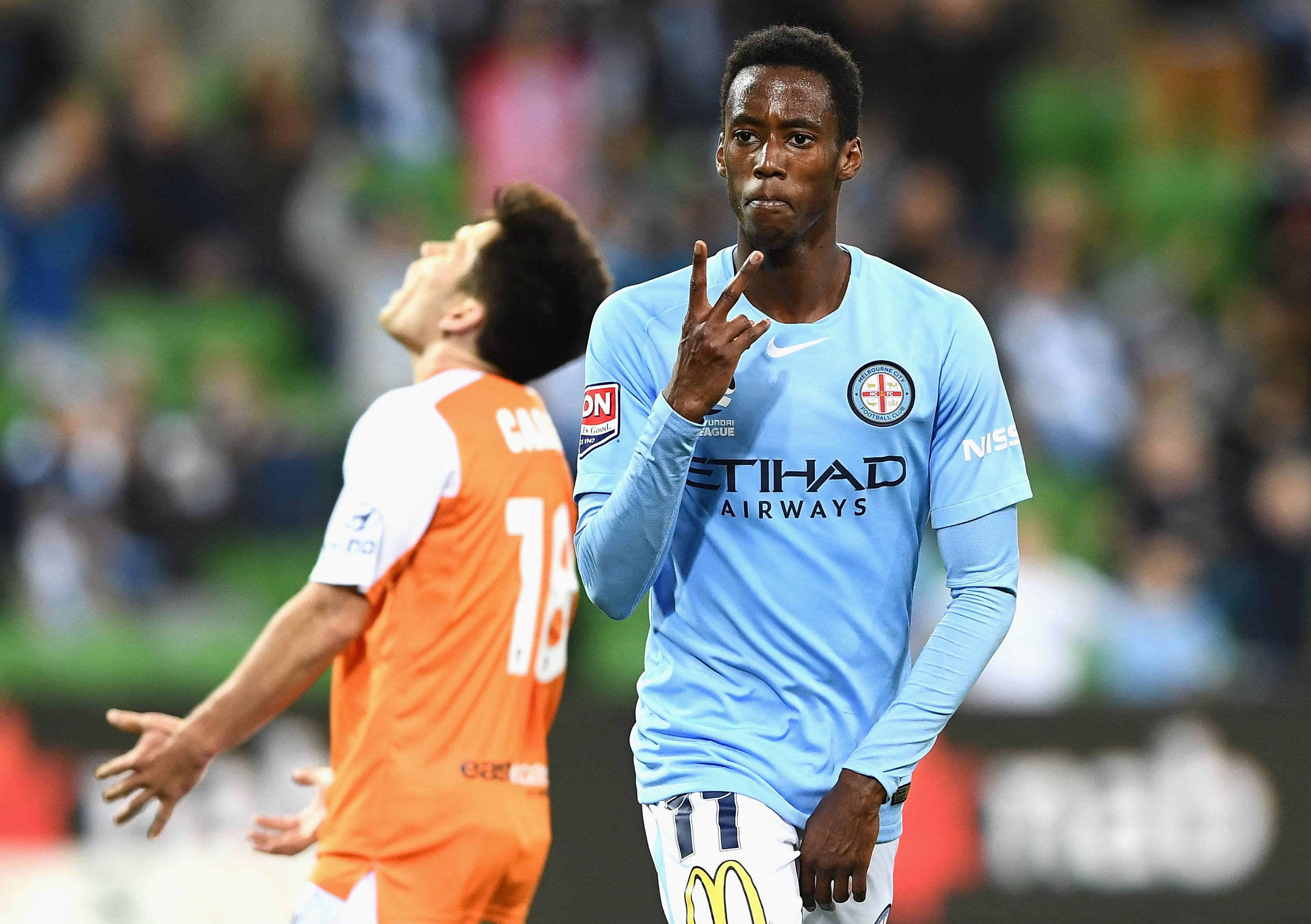 The Hyundai A-League NAB Young Footballer of the Year 2017/18 will be announced at the Dolan Warren Awards Night next May.

“We congratulate Bruce Kamau on his nomination and look forward to watching his development and growth on the football field in the years to come,” said Andrew Knott.

“We are also pleased to recognise Bruce’s nominated junior club, Adelaide Olympic in South Australia and hope that our support will help the club to continue developing the game in communities across Australia.”

Adelaide Olympic will receive a NAB Club Recognition Award, which includes a range of equipment along with $1000.

"As a supporter of the NAB Young Footballer of the Year Award, we are proud to play an important role in identifying and rewarding the future stars of the game. Who knows, we may even see some of the nominees in the green and gold jersey in the future,” Knott, continued.

Each month representatives from the FFA Technical Department vote on a 3-2-1 basis for the most outstanding U-23 players in the Hyundai A-League during that period.