Hyundai extends partnership with FFA through to 2020

Football Federation Australia (FFA) and Hyundai Motor Company Australia have extended their partnership for a further four years, it was announced today.

This will see the Hyundai A-League’s naming rights sponsorship continue through to the end of the 2019/20 season.

Hyundai has been the naming rights sponsor since the start of the Hyundai A-League in 2005, and this renewal will see the partnership extend through to a 15th season.

Under the terms of the new contract, Hyundai has also increased its involvement to now include rights to the Westfield W-League, Caltex Socceroos and Westfield Matildas.

The renewal will see a continued investment to the successful Hyundai Goals for Grassroots program.

“Hyundai has been a fantastic supporter and partner of the A-League since before the competition’s inception and it is great news they have agreed to continue the relationship for a further four years,” said FFA CEO David Gallop. “Hyundai’s support now runs through the pyramid of Australian Football from the grassroots to our flagship competitions. 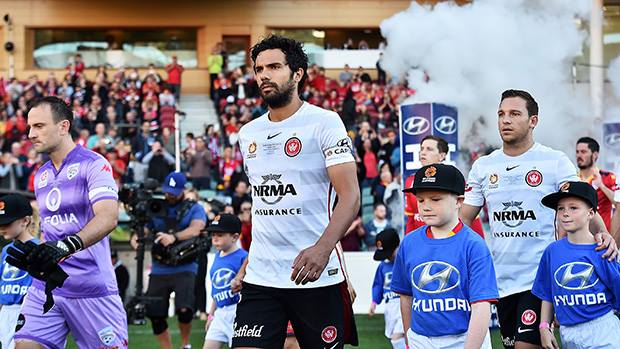 “I’d like to thank Hyundai for their valuable support and look forward to another four years of the relationship.”

“A commitment to be title sponsor for 15 consecutive years is a rare thing in any sport, and there is no better measure of how much Hyundai loves the game – we are as much fans as we are sponsors.

“I extend my thanks to David Gallop and the team at the FFA for the great work they do for football in this country. We will continue to support the Hyundai A-League, along with the Westfield W-League, the Caltex Socceroos and the Westfield Matildas, because we know that when we grow football, we grow our brand.

“Also, we never forget where our future football stars come from, the grass-roots clubs, to whom we have donated over $600,000 through our Goals for Grassroots program.”

The partnership renewal is a significant show of confidence for the Hyundai A-League but also recognises the growing maturity of the competition, with clubs now allowed to enter into corporate partnerships with car companies over an agreed threshold. 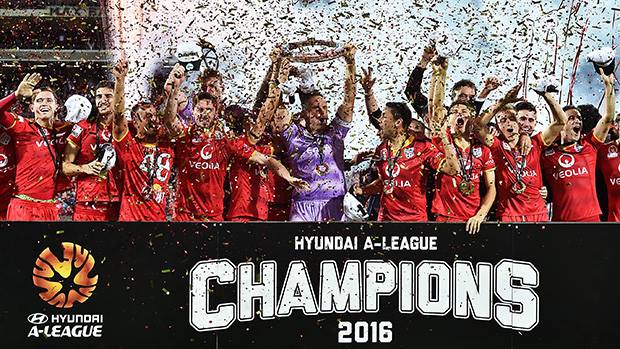 “The Hyundai A-League has grown to become one of the most recognisable mainstream sporting competitions in Australia and Hyundai should be congratulated for their role in allowing the league and the 10 clubs to maximise future growth by allowing clubs to enter into automotive sponsorships of a significant nature,” Gallop said.

“It shows that football is serious about working together to grow the game and is a fantastic indication of the strength of the relationship football shares with Hyundai at all levels.”

Mr Charlie Kim said: “We understand that to grow the game of football at club level, and to demonstrate our commitment to the sport, it’s important to allow this flexibility. We look forward to seeing even more success and growth in the Hyundai A-League through to the end of the decade.”

The 2021 FFA Cup Semi Finals kick off at Netstrata Jubilee Stadium on Tuesday night with Sydney FC & Central Coast Mariners set to do battle for the first spot in the FFA Cup Final. Sydney look to reach a fourth FFA Cup Final, and the Mariners - who have twice previously falle

Montgomery: Mariners chomping at the bit to reach first Final

Central Coast Mariners Head Coach Nick Montgomery says his side are chomping at the bit ahead of Tuesday's FFA Cup Semi Final against Sydney FC at Netstrata Jubilee Stadium. The Mariners aim to reach the FFA Cup Final for the first time in their history, having twice fallen pr

The FFA Cup 2021 Semi Finals kick off on Tuesday, 18 January as Sydney FC and Central Coast Mariners do battle for the first spot in the FFA Cup Final!  Netstrata Jubilee Stadium is the venue as Sydney look to reach a fourth FFA Cup Final, and the Mariners search for a first a

The FFA Cup 2021 Quarter Finals have come and gone, and we've picked out the best strikes from across the four games as the competition reaches the pointy end.  Central Coast Mariners, Melbourne Victory, Wellington Phoenix & Sydney FC all qualified for the last four, with the

GOAL: Margiotta - Visitors come from behind

GOAL: Brillante - Victory make it all square at Coopers

GOAL: Goodwin - Reds go in front in the quarter-final