While the Commonwealth Bank Matildas have many unique experiences when it comes to showcasing their 'Never Say Die' spirit, one thing that unites them is their resilience and ambition.

Commonwealth Bank and Football Australia recently launched a historic partnership to strengthen all levels of the game and give all women and girls the chance to realise their ambition through football.

As the partnership kicks off, we look at some of the role models in the current Commonwealth Bank Matildas squad, and the resilience that has characterised their journeys to the top.

It is almost a cliché at that all football players face career-threatening injuries throughout their journeys. Along with the other worries of high-stakes football, including selection and having to be your own biggest supporter, football players have to constantly use a growth mindset and practice resilience.

It is the ambition of these tremendous athletes that turns a potentially career-ending event such as a serious injury or not being selected for a major tournament, into an opportunity for self-growth.

It is almost a cliché at that all football players face career-threatening injuries throughout their journeys. Along with the other worries of high-stakes football, including selection and having to be your own biggest supporter, football players have to constantly use a growth-mindset and practice resilience.

It is the ambition of these tremendous athletes that turns a potentially career-ending event such as a serious injury or not being selected for a major tournament, into an opportunity for self-growth.

Missing out on selection and enduring injury is an intrinsic, yet heart-breaking part of the beautiful game and is a part many of our Commonwealth Bank Matildas know all too well.

Kyah Simon is a current fixture of the squad, however her journey to make the team and maintain her starting spot has not been easy, having to overcome injury and undergo surgery several times throughout her career.

When Simon began being noticed by NSW Institute of Sport, her potential scholarship was taken away in a flash when she broke her leg. Setbacks like this may stop football careers before they even start, but the resilience, ambition and never say die attitude that the Commonwealth Bank Matildas are known for, allowed Kyah to use this as motivation to grow and fulfil her dreams, never being one to let an injury stop her.

This attitude served Kyah well, and she would go on to fulfill her national team dreams, scoring the game-winning penalty to secure the 2010 Asian Cup.

Perhaps the most notable and proudest experience for Simon, after years of setbacks, were her two goals against Norway in the 2011 FIFA Women’s World Cup.

These two goals sealed a knockout stage appearance for the team and in a significant and personal milestone, she became the first Indigenous Australian player to score at a World Cup, male or female.

Despite Australia having the third-youngest team at the tournament, the team performed strongly and received praise from many. Coming up against a powerhouse team in women’s football in Norway, and still coming out on top spoke volumes of their character and determination. 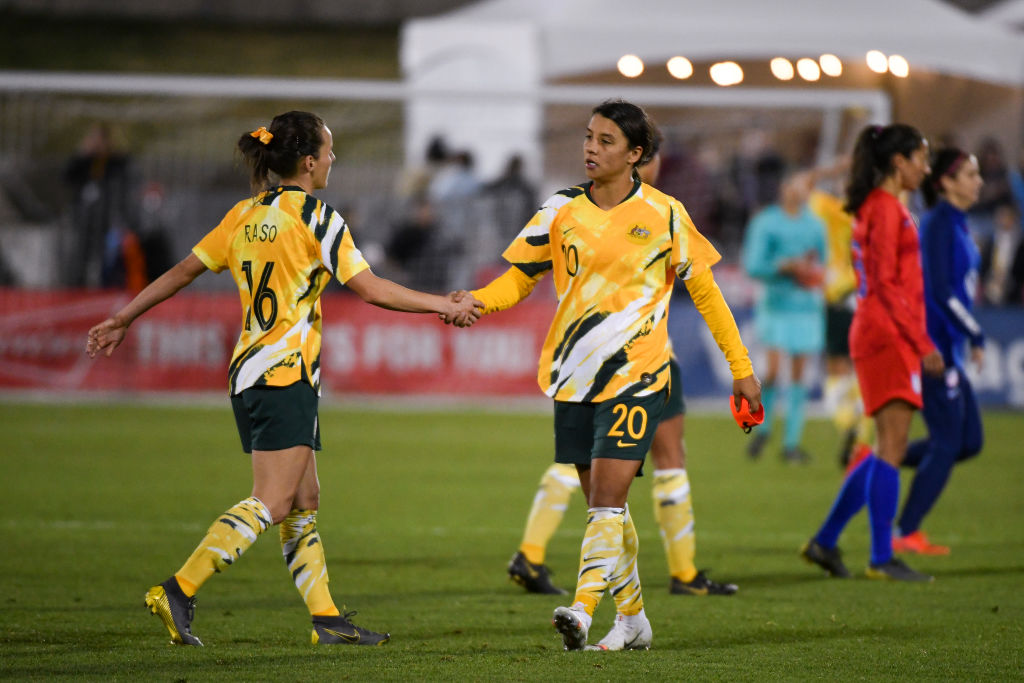 Injuries are commonplace in a sporting environment, with career-threatening injuries happening daily in sport. However, Hayley Raso's injury whilst playing in 2018 saw the forward wondering if she would ever walk again, let alone play football.

A horrific back injury kept Raso out of the game for months, after breaking three vertebrae in a sickening collision. The forward was motionless on the ground after the collision and rushed to the hospital for immediate scans.

The verdict was given, and a gruelling rehabilitation process began for Raso. The young forward's dream was in the balance, not only wondering if she would ever represent her country again, but the sickening feeling she may not be able to walk again also sunk in.

Not only was Raso suffering a life-altering back injury, but she was also at a crossroads mentally. After being sidelined for what felt like forever, Hayley would make a dream comeback for Australia.

Raso nervously waited on the sideline to make her return, donning her signature ribbon, coming on as a substitute against New Zealand in the Cup of Nations, and scoring almost immediately in front of adoring fans that knew the journey she had been through to step foot on the pitch.

Raso would go on to make her Women's World Cup debut in France in 2019, with all shades of doubt if she would ever represent her country as a distant memory.

Since that fateful day in 2018 Raso's career has continued to flourish; making her Women's World Cup debut, debuting at Tokyo 2020 and inking a deal with football powerhouses Manchester City.

Her resilience to come back from her injury, when others may have called it quits and hung up their boots, speaks volumes to Raso's character. She may not be the biggest player on the field but her presence is always felt. 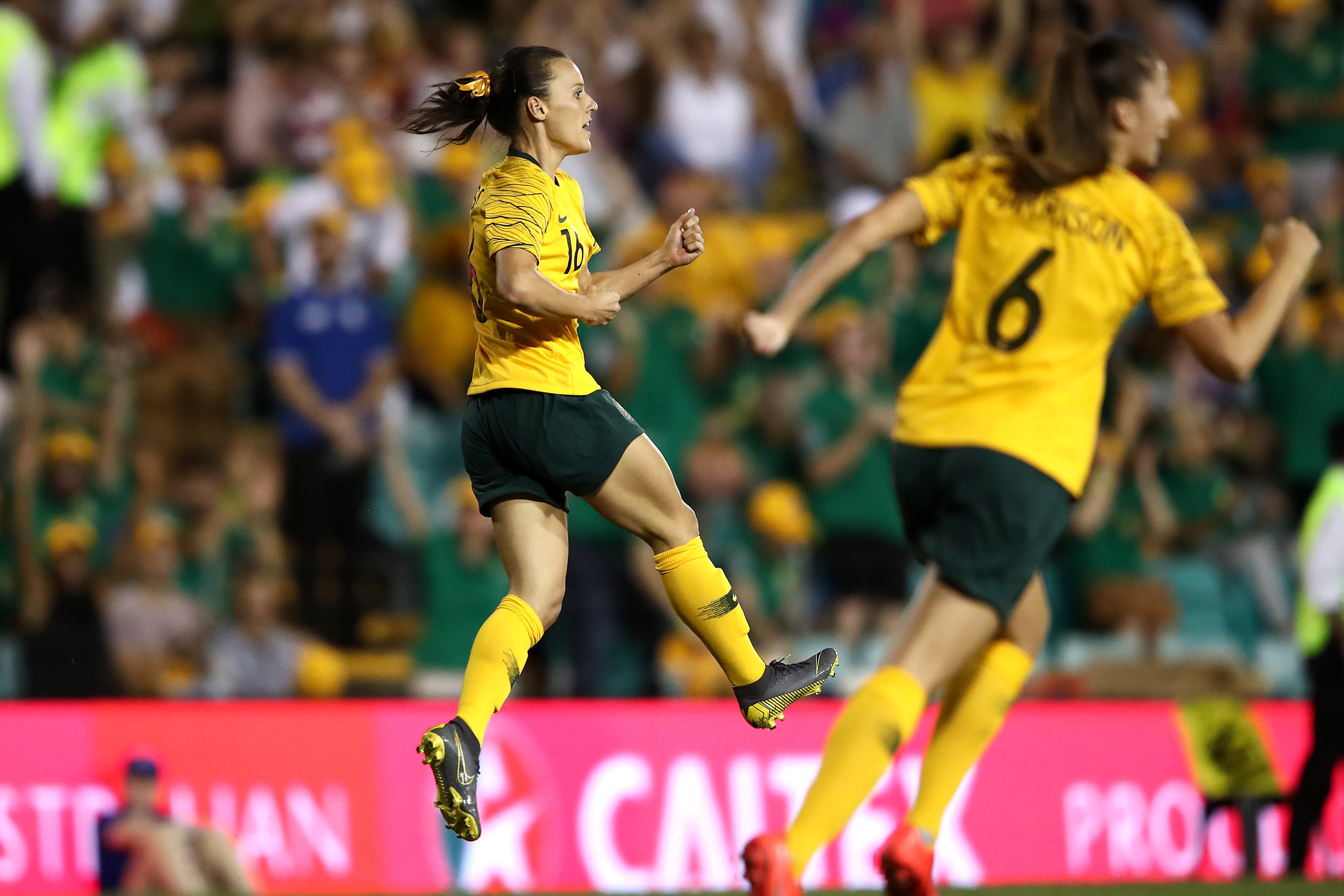 Many players spend their lives working towards the goal of making the national team. Countless hours of training, conditioning and mental preparation are put in, with the hope of securing their spot on a squad, with no guarantees their input will result in a green and gold shirt.

Chloe Logarzo is one player who has overcome doubters from the time she was six years-old, constantly told that she was too small to have an elite career in football.

She proved them all wrong, earning her spot on the national team, but, also felt the pain of being omitted.

Logarzo who made her debut as an 18-year-old in a 2-0 victory over China, was later heartbreakingly excluded from the squad for the 2014 Asian Cup, however, she used this exclusion as fuel to her fire. Travelling to the USA with hopes of improving, before returning back home to play for Sydney FC.

Logarzo put everything into her football journey and her goal of getting back into the national team, however, despite her efforts she was also excluded from the 2015 Women’s World Cup squad.

This sent Chloe into a downward spiral, but she didn’t stay there for long. After some soul searching she picked herself back up, more determined than ever to earn her place back. 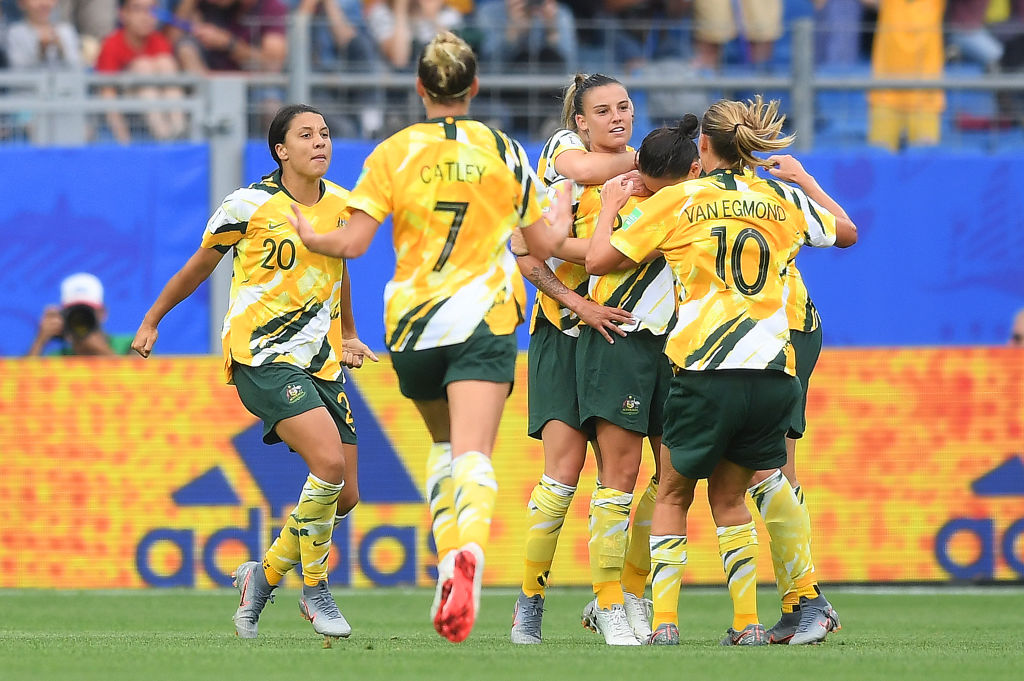 Fast-forward to the next Women’s World Cup in 2019 and Logarzo was starting in every single game, proving that the strength she had gained from her exclusion from the squad had shone through in her football.

Logarzo showed determination to be her best throughout the tournament. After losing the first fixture against Italy, a side that had waited 20 years to be back in the prestigious tournament, the Commonwealth Bank Matildas went into the next game against a familiar foe, Brazil as the underdogs.

The midfielder’s drive to be back at her best was seen throughout the tournament but was on full display against Brazil.

After being down 2-0, in a matter of minutes Logarzo scored a magical goal against Brazil in what was later dubbed ‘Miracle in Montpellier.’

This momentum ensured Australia came out on top, coming back to claim the famous victory 3-2.

Logarzo’s eagerness to come back from setbacks is on full display now, with the midfielder coming back from an ACL injury she sustained during Australia’s game against the Republic of Ireland in September.

On the cusp of her second AFC Asian Cup appearance the injury couldn’t have come at a worse time for Logarzo, however, she has learnt from her past setbacks and sees this as an opportunity to grow.

Her resilience in her rehabilitation process is giving her perspective on life and football, using her injury to fuel her fire.

Another player who has faced omission from major tournaments and used the disappointment to help write Matildas’ history, is Emily Gielnik. 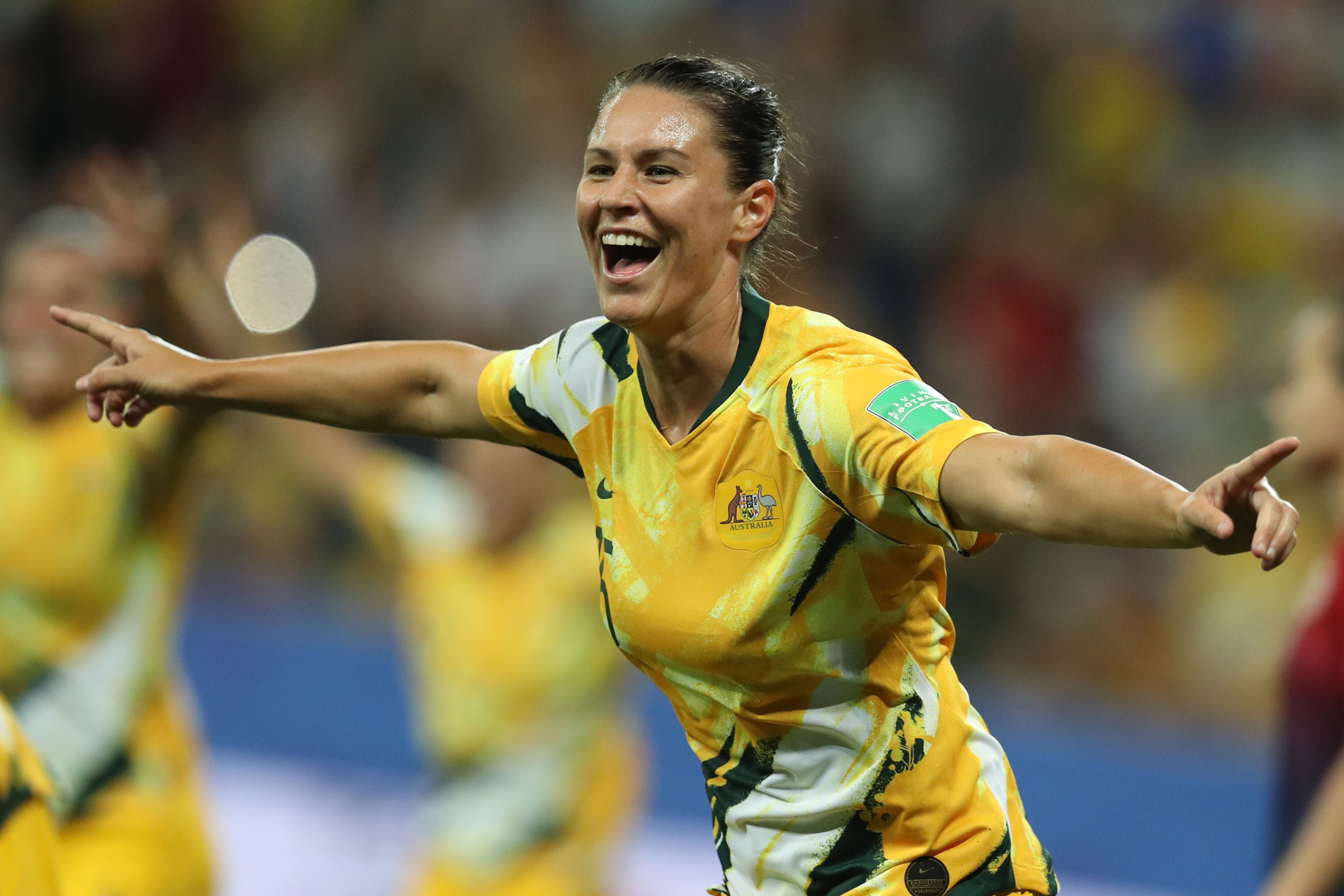 Gielnik fell in love with the sport from a young age, after constant injury kept her out of pursuing her first passion, basketball. She convinced her mother to let her play football and she fell in love.

Emily’s dreams of playing for her nation were sparked when she saw the Matildas play in 2007, as they were preparing for the 2007 Women’s World Cup. However, her pathway to achieve her dreams wouldn’t be smooth sailing.

The same year, injury cruelly ruled her out of on an invitation from the Queensland Academy of Sport (QAS). While most of her friends were succeeding, Gielnik felt she had missed an opportunity to advance her football to the next level.

That was until her high school went on a tour to the Australian Institute of Sport in Canberra (AIS). The Commonwealth Bank Matildas happened to be there training and Gielnik’s coach asked Matildas’ then coach Tom Sermanni, if she could join the training session.

The youngster was only 15 but was training alongside some of her idols. She impressed the coaching staff so much that Sermanni called her coach afterwards wanting to get Gielnik into the QAS program she had missed out on.

By the time 2008 came around, Gielnik was getting ready for her W-League debut but yet again, injury sidelined her for the entire season after she sustained a stress fracture to her ankle and her W-League debut wouldn’t come until the 2011/12 season.

She then went on to play for the junior national team and at 20 made her senior national team debut, but again, injury and missing selection would mean she missed both the 2015 World Cup and the 2016 Rio Olympics.

Those who have followed Gielnik have seen that the past few years have finally been injury-free, with the forward playing at the 2019 FIFA Women’s World Cup and the Tokyo 2020 Olympic Games.

Gielnik’s resilience to keep on pushing herself from that young age has allowed her to flourish today, playing all over the world and despite multiple setbacks, achieving her dream of representing her country on the greatest sporting stages of all.

Our Commonwealth Bank Matildas’ ‘never say die’ attitude is seen day in and day out, from the time they were youngsters breaking into the national team to the way they play on the pitch today.