The Westfield Matildas have gone down 2-0 to France in Saint-Etienne this morning (AEST).

Eugenie Le Sommer’s second half brace proved the difference for Les Bleus, who gave a glimpse at why they’ll enter next year’s FIFA Women’s World Cup as a candidate to lift the trophy.

A mixture of Westfield Matildas resilience and profligate French finishing was the story of the match, with Alen Stajcic’s side unable to get their combinations working until late in the contest.

It meant Australia spent long spells of the encounter on the back foot, although the Westfield Matildas did rally late on and might’ve punished the French for their missed chances on another day.

Mackenzie Arnold was the star of an absorbing first half at the Stade Geoffroy-Guichard, with the Westfield Matildas shot stopper keeping Les Bleus at bay with a string of fine saves.

A point-blank reaction stop from Gaëtane Thiney’s header was the pick of the bunch from the 24-year-old goalkeeper, who commanded the penalty area expertly in a fast-paced opening 45 minutes.

Prior to that save, Thiney had spurned a wonderful opportunity to capitalise on France’s dominance but skied Amel Majri’s cross over the bar unmarked at the back post. 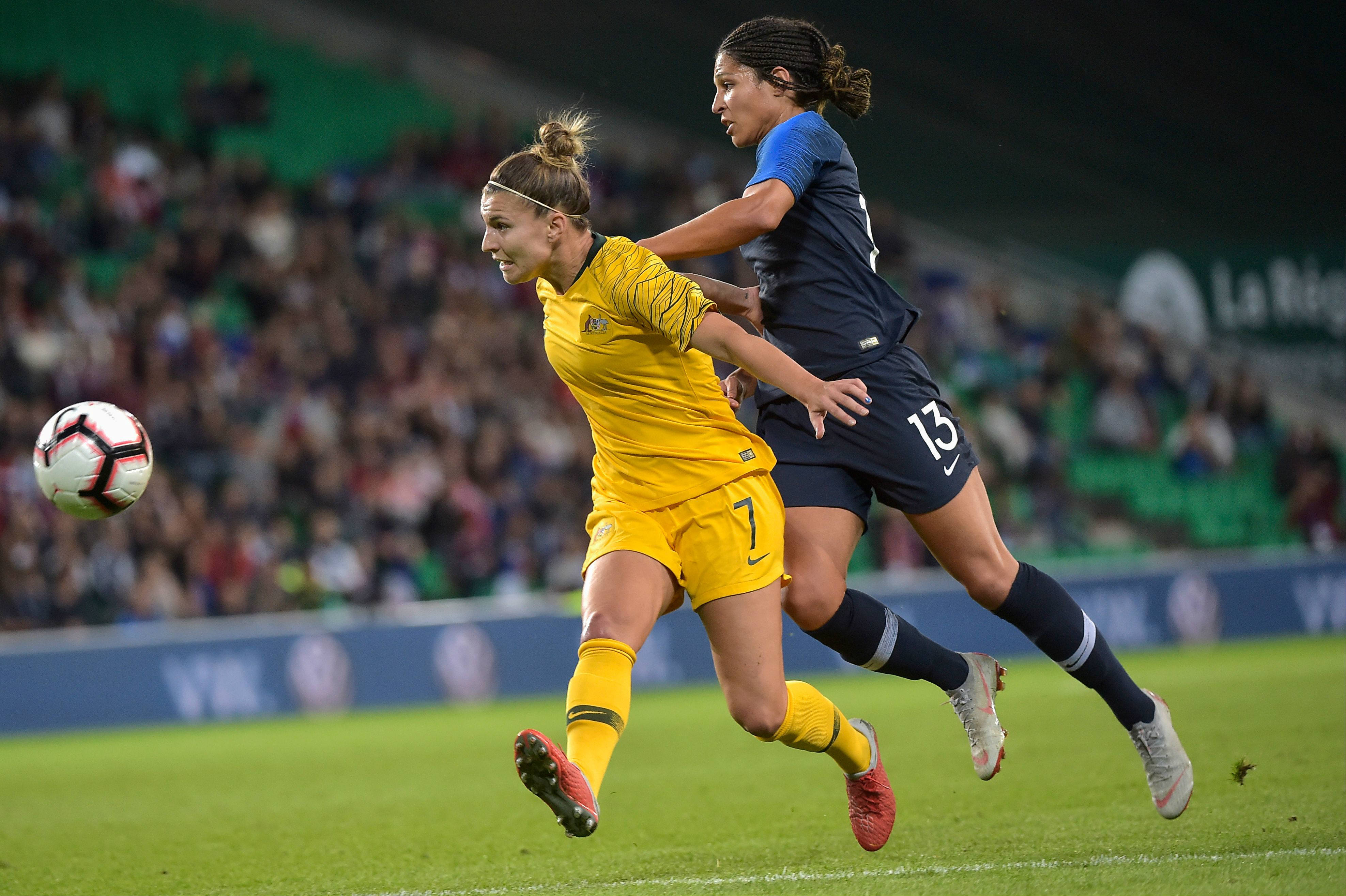 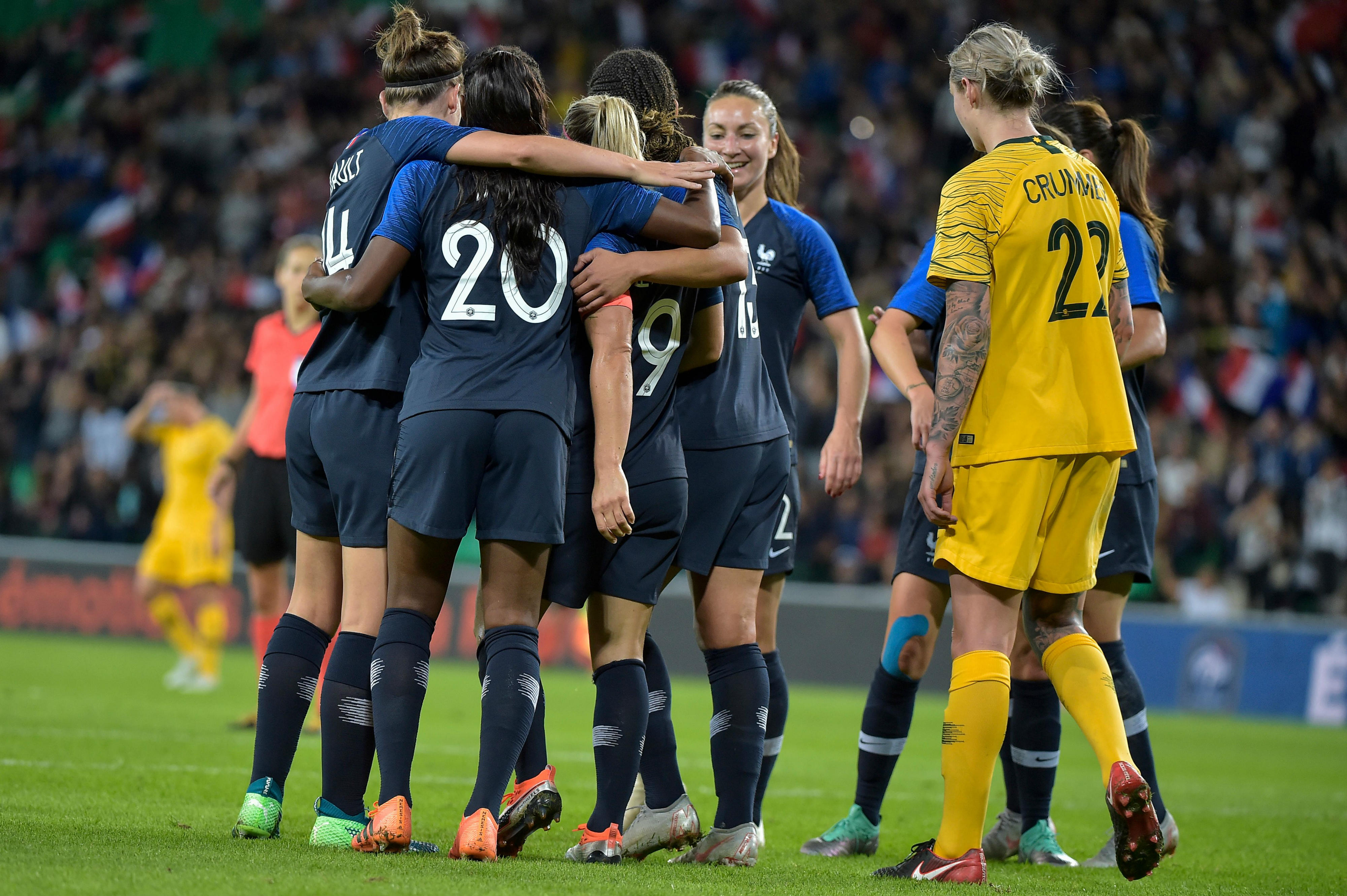 France missed another big chance to take the lead early in the second when Griedge Mbock Bathy fired high and wide after latching onto a set-piece knockdown.

But Le Sommer made no mistake when she struck her 71st international goal after firing home a scrappy opener from close range before the hour mark.

The injections of 15-year-old Mary Fowler and 16-year-old Amy Sayer sparked a few nervy moments for the hosts late on, with the former drawing a strong smothering save from Les Bleus goalkeeper Sarah Bouhaddi.

However, any chances of a late equaliser were extinguished when Le Sommer pounced on a Westfield Matildas error before bending an unstoppable effort past Arnold on the stroke of injury time.

Strong displays from teenage pair Fowler and Sayer, and from the likes of Clare Polkinghorne and Elise Kellond-Knight, were among a raft of positives for Australia, who continue their FIFA Women’s World Cup preparations with a clash against England on Wednesday morning (AEST).

6’ PHYSICAL FROM CRUMMER – The Westfield Matildas defender races across to block French captain Amandine Henry. Crummer is booked for the challenge, and unfortunately Henry is replaced by Elise Bussaglia.

12’ BUTT TRIES HER LUCK – Australia withstand some early pressure from Les Bleus, with Tameka Butt having our first shot on goal from distance.

24’ ARNOLD THERE AGAIN – The Westfield Matildas goalkeeper is on hand again to keep out the French, this time to gather danger from a Majri corner.

26’ BIG CHANCE FOR FRANCE – A lovely ball releases Majri down the left channel, with the French striker finding Thiney at the back post but somehow the Les Bleus striker spoons her effort over the bar.

31’ FINE REACTIONS FROM ARNOLD – Australia’s shot stopper pulls off her best save of the half to parry a point-blank header from Thiney over the bar.

40’ ANOTHER CHANCE FOR FRANCE – Le Sommer has impressed down the left flank for the French and her cross finds Diani free at the back post, but her finish is wayward.

47’ ANOTHER CHANCE GOES BEGGING FOR THE HOSTS - Griedge Mbock Bathy is next to fluff her lines for the hosts after firing the ball high and wide after latching onto a set-piece knockdown.

58’ LE SOMMER MAKES THE BREAKTHROUGH – The French veteran tucks away the scraps after Diani’s shot was parried away by Arnold.

67’ FRANCE MISS AN ABSOLUTE SITTER – What a miss! Majri gets to the by-line and finds Gauvin free at the back post but the Les Bleus striker somehow scuffs it wide with the net gaping.

68’ AUSTRALIA GO CLOSE – Kyah Simon has Australia’s best chance at grabbing an equaliser! The Westfield Matildas forward races onto a great ball by Ellie Carpenter but can’t take the ball around Sarah Bouhaddi, allowing the Les Bleus defence to recover.

69’ BETTER FROM THE WESTFIELD MATILDAS – Carpenter gallops forward down the right again and sends in a dangerous cross but the France defence get it clear.

83’ FOWLER CAUSING PROBLEMS – Fowler has given the French defence no end of problems since her arrival in the 73rd minute! The teenager streams into the clear down the left and draws a smart smothering stop from Bouhaddi.

90’ LE SOMMER SEALS THE DEAL – Le Sommer pounces on a defensive error before streaking away and bending a superb shot past Arnold and into the corner.