With just five days to go until the Matildas open their Olympic campaign against trans-tasman rivals, New Zealand, we are taking you back through time to celebrate Matildas Olympic history!

Who better to begin with than Australia's highest-capped footballer and first Australian woman to score a goal at an Olympic Games, Cheryl Salisbury.

After women's football was added to the Olympic programme ahead of Atlanta 1996, it was at Sydney 2000 that the Matildas made their Olympic debut, after automatically qualifying as hosts.

After a 0-1 loss to Germany in the first match of the group stages, Salisbury made history scoring the Matildas first-ever Olympic goal in a match against Sweden where the teams drew 1-1.

Salisbury also went on to represent Australia at Athens 2004 and played in the 1995, 1999, 2003 and 2007 FIFA Women's World Cups and after an illustrious career spanning 15 years, retired with 151 caps to her name, the most of any Australian footballer. 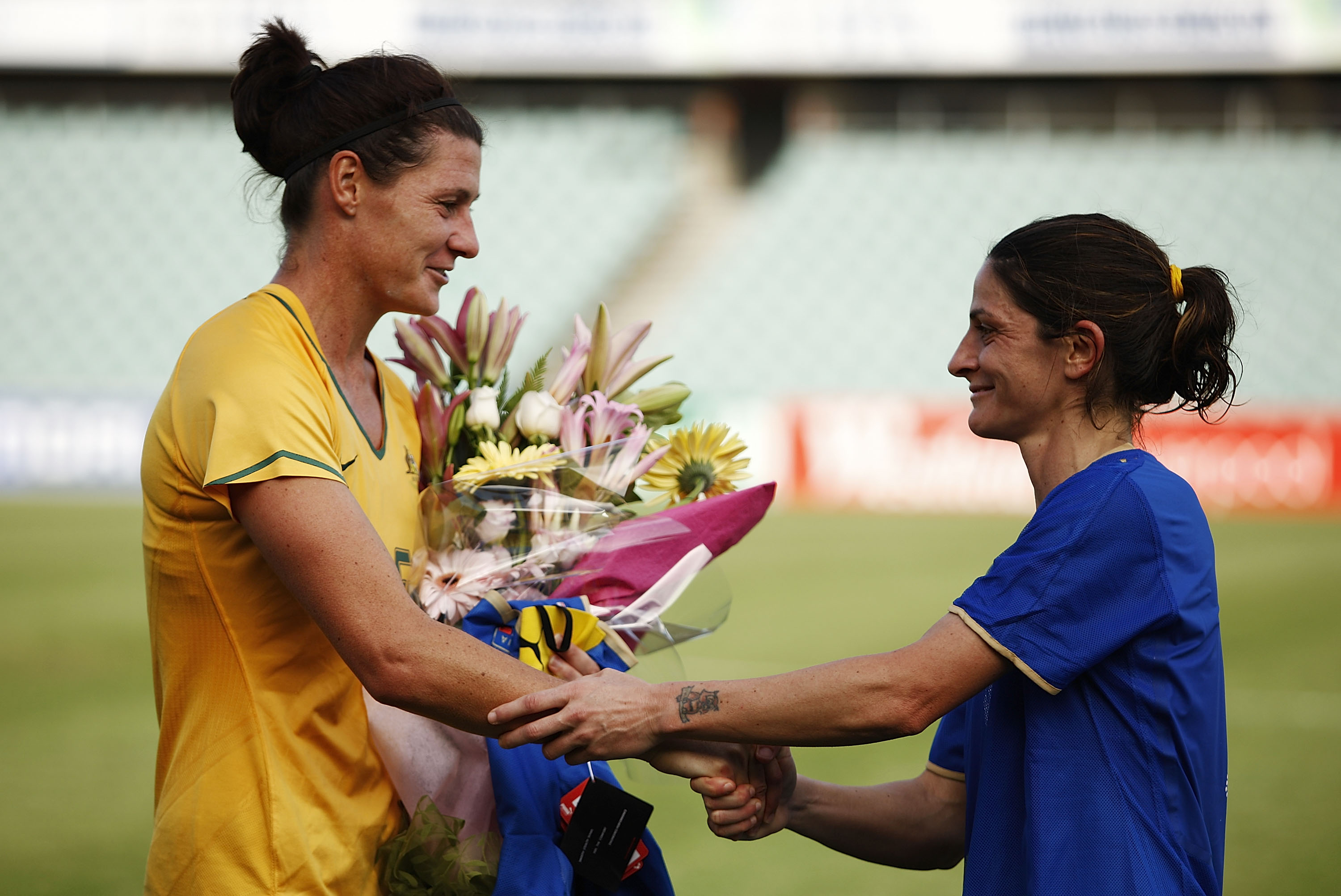 Another Matildas Olympic history maker is Michelle Heyman, who is the only Matilda to score two goals at an Olympic Games.

After missing out on Olympic qualification for Beijing 2008 and London 2012, the Matildas made their return to Olympic competition at Rio 2016.

After a 2-0 loss to Canada and a 2-2 draw against Germany in the group stages, Heyman put away two goals in the second half of a 6-1 win over Zimbabwe in the 55th and 66th minutes, which sent the Matildas into the quarter-finals against Brazil.

After regulation time saw the teams at a 0-0 stalemate, the Matildas went down in a heartbreaking penalty shootout, 7-6.

After taking some time away from football, Heyman came roaring back in the 2020/21 season of the W-League for Canberra United, finding the back of the net 10 times and helping her team to a finals appearance.

She has recently been appointed as Football Australia's Junior Programs Officer, promoting junior football in Australia. 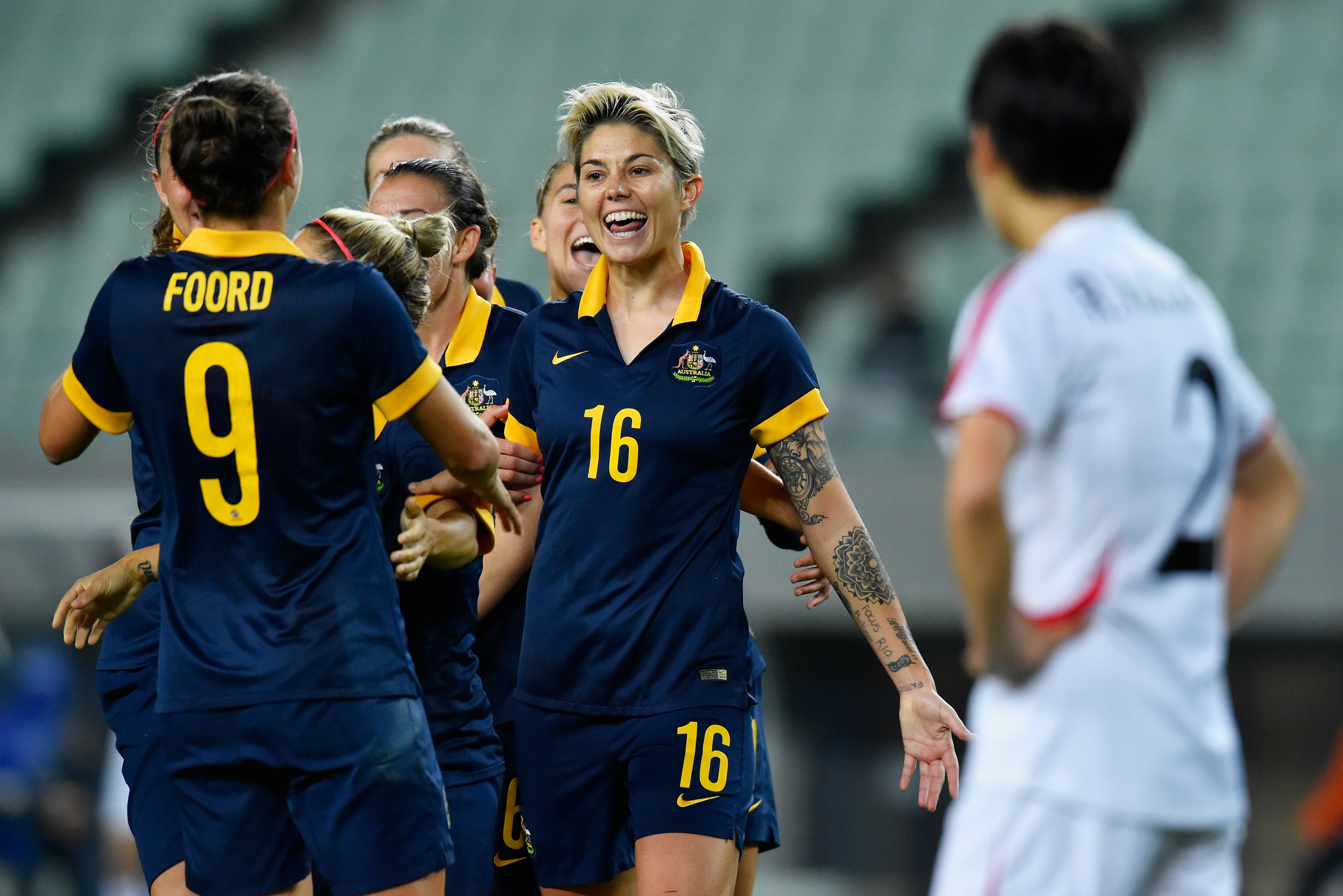 After an eight-year Olympic absence, Sam Kerr cleared the Matildas cobwebs at Rio 2016, opening the scoring in the sixth minute against Germany.

The match ultimately ended in a 2-2 draw before a 6-1 defeat of Zimbabwe and a quarterfinal heartbreaker against Brazil ended the Matildas Olympic campaign.

Since Rio 2016, Kerr, now a household name, has become a goalscoring, trophy-raising machine with an extensive list of accolades.

With a wealth of international experience under her belt including 93 caps and 42 goals for her country, this time around, the WSL Champion and multiple golden boot-winner will lead the Matildas into Tokyo 2020. 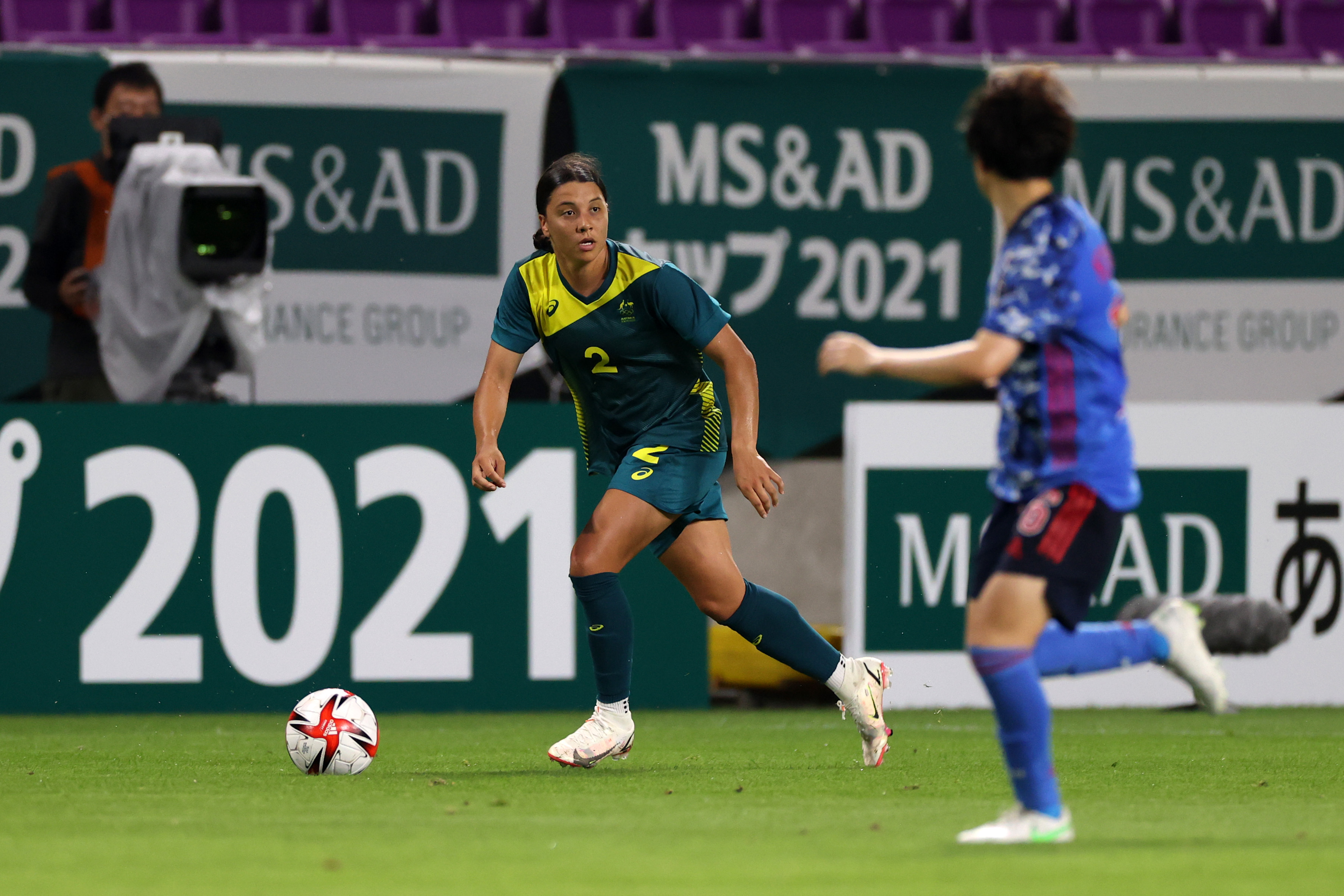 2016 Asian Women's Footballer of the Year, Caitlin Foord, was the Matildas second goalscorer at Rio 2016 after Sam Kerr, in Australia's 2-2 draw against Germany, finding the back of the net in the 45th minute.

Since her Olympic goal, Foord has been plying her trade in England with a breakout season for Arsenal after playing in the W-League, Japanese Women's Football League and the NWSL.

Originally the youngest Australian to ever play at a world cup when she represented the Matildas in the 2011 edition of the tournament as a 16-year-old, the Shellharbour native now has 87 caps and 20 national team goals to her name and is primed and ready for her second Olympic Games in Tokyo. 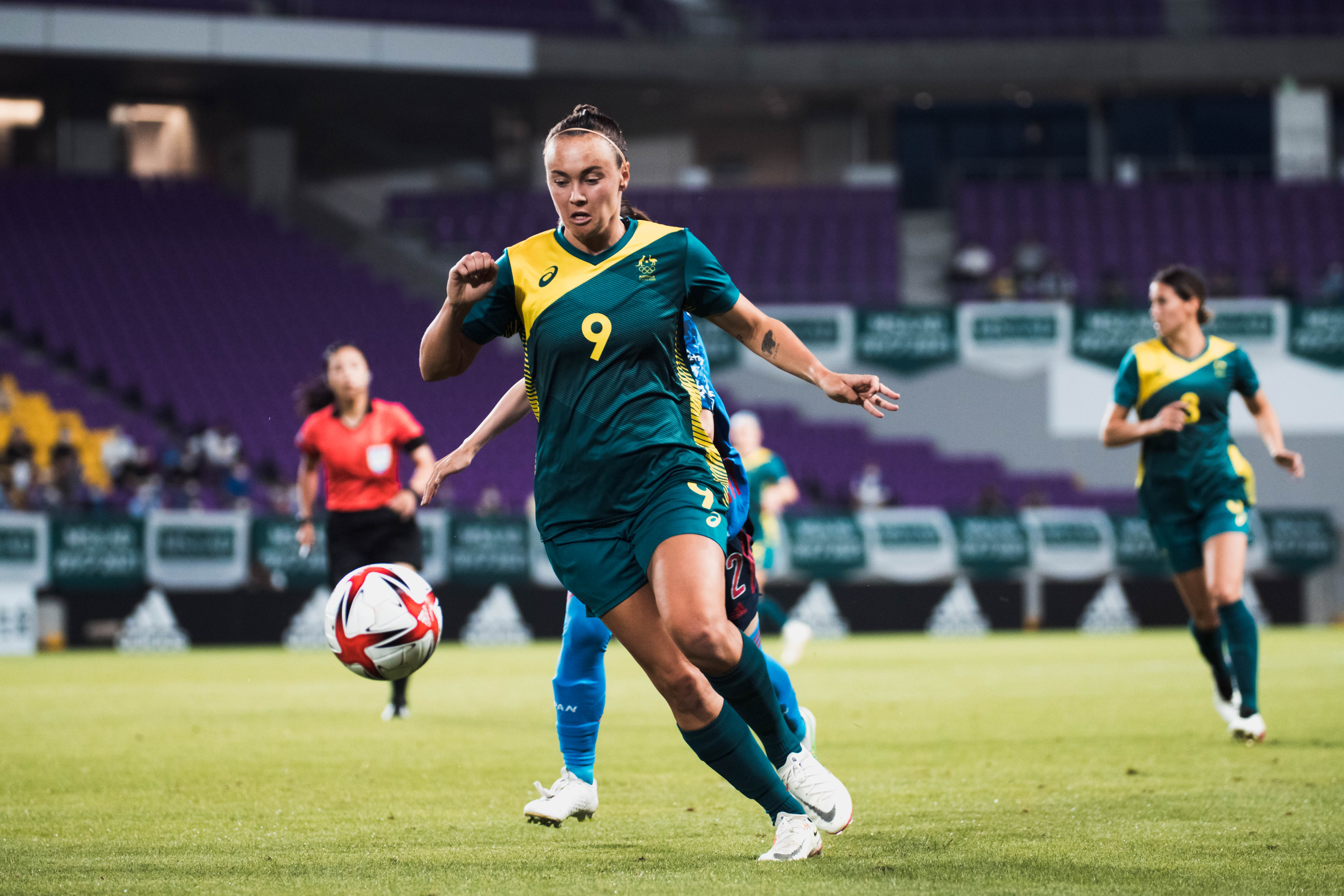 Ever-reliable defensive stalwart, Clare Polkinghorne, heads into her second Olympic Games after being one of seven Matildas goalscorers at Rio 2016.

Co-captain at the time, Polkinghorne put away one of six goals in the Matildas 6-1 win over Zimbabwe.

Now, the highest capped Matilda of the current Olympic squad, Polkinghorne will reach her 130th cap during Tokyo 2020. 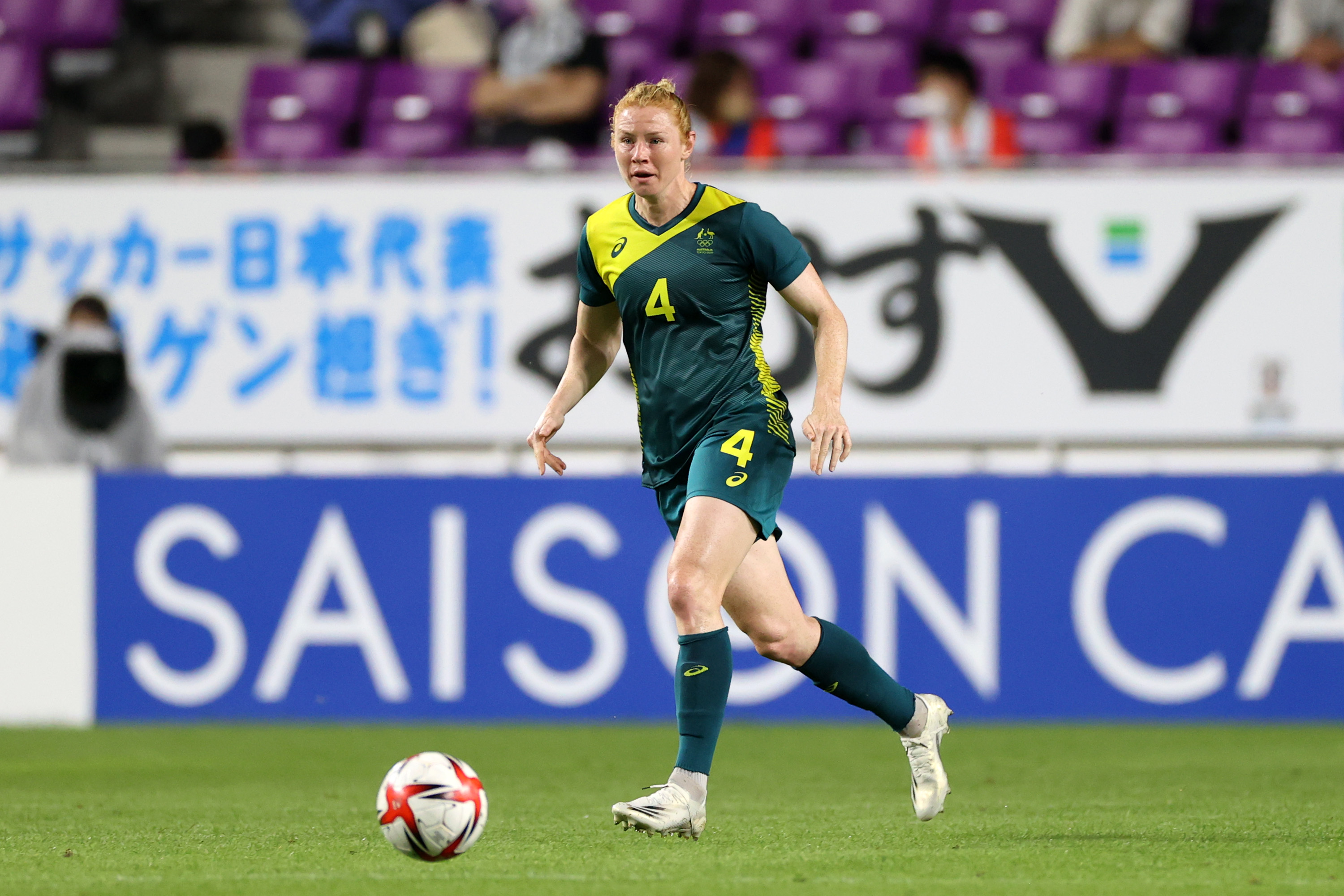