The trio have signed contracts for the Hyundai A-League for the next two seasons.

Speaking at today’s announcement, David Gallop emphasised the historic significance of these appointments.

“Professionalism for club footballers arrived in Australian at the start of the A-League in 2005 and there’s been a long-held ambition to make referees full-time,” Gallop said.

“The reality is that limited resources for Australian football means we have not been able to take this initiative until Season 11. We’ll start with a panel of three, instead of a full panel of seven which would be required to cover every A-League match.

“It’s a compromise, but it’s a move in the right direction.”

Establishing the three-member panel means FFA is investing a further $300,000 in the referee program across the Hyundai A-League, Westfield W-League and Foxtel National Youth League. Last season, a total of $1.2million was spent on refereeing.

“Australian football now has a career pathway from the grassroots to the very top of the game,” said Gallop. “This aligns with the Whole of Football Plan, which calls for a lift in the retention rate of grassroots referees from 64% to 90%.

“The project to have a full-time professional referees program is at least three years in the making. I commend Ben Wilson, our Director of Referees, who has worked hard on the implementation and I congratulate Chris, Jarred and Ben.”

“The breakthrough to professional referees means these match officials can prepare for their appointed matches, in a similar fashion to the players, without the added burden of juggling other work commitments,” Wilson said.

“Our long-term vision is to increase the number of full-time professional referees in the Hyundai A-League and eventually the Westfield W-League in due course.”

The three referees named today have accepted two-year contracts and in addition to professional refereeing, would participate in a referee well-being program which has been established to enhance the development and welfare of all Hyundai A-League and Westfield W-League match officials.

The referees will train regularly at the Referee Headquarters at the FFA’s Centre of Excellence which is located at the Australian Institute of Sport in Canberra. 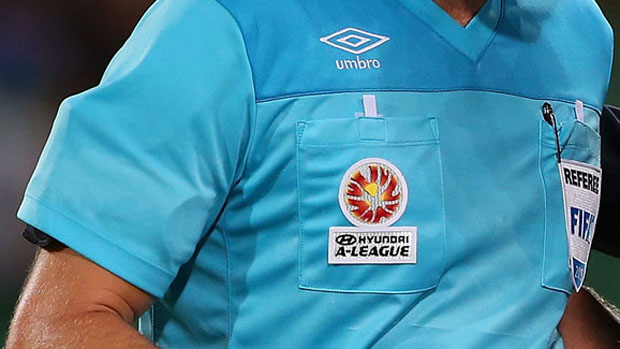