There’s not many players who would rate one of the highlights of his career as the day he was chipped in training by Liverpool legend Steven Gerrard.

But that’s the case for Avondale FC goalkeeper Chris Oldfield, the last line of defence in the Victorian club’s memorable FFA Cup 2018 run.

While Oldfield is currently one of the best shot-stoppers in the Victorian NPL, he started his career with one of the biggest clubs in world football at Liverpool.

READ MORE: From Lithuania to Tassie: Midfielder's journey to FFA Cup with Devonport

Oldfield started out with the Reds as a 12-year-old before signing his first senior contract with the club at the start of the 2009/10 English Premier League season.

There he was training with the likes of Gerrard, Jamie Carragher, Fernando Torres and Javier Mascherano. As a Liverpool fan, it was the stuff of dreams.

He was one of a handful of keepers on the books at the Reds at that time, including current Melbourne City shot-stopper Dean Bouzanis, RB Leipzig’s Peter Gulacsi and Spanish international Pepe Reina.

While Oldfield left Liverpool the following season, having stints at lower league Chester and Welsh Premier League outfit Bangor City before heading Down Under, he still looks back at that period with positivity.

“It was something I will never forget and something I’m proud of,” Oldfield told www.theffacup.com.au.

“When I look back now as an older person, it’s something people dream of. It definitely made me the player I am today, working under some of the best coaches in the world.

“It was a fantastic opportunity and something that will definitely be with me for the rest of my life.

“I got to train with the first team, with some amazing players like (Gerrard). He chipped me once in training, that was fun.”

Asked about the influence of Reina, who was the Reds’ no.1 at the time, Oldfield said: “He was a really nice person, for someone so high up in his profession, he was a gentleman. He always had time to speak to people, had fun with people, he was never arrogant and as for the goalkeeping side of things.

“He was a fantastic goalkeeper, he was very sharp and powerful. Just fantastic all round.”

And that’s exactly what Oldfield has been since arriving in Melbourne and joining Hume City in 2012.

The 27-year-old enjoyed sustained success with Hume, including their memorable run to the FFA Cup semi-finals in 2015, where they were beaten by eventual winners Melbourne Victory.

Now with Avondale, the imposing custodian is hoping his new club can at least match that feat, with Tasmania’s Devonport Strikers standing between them and a spot in the last eight.

“The boys are very confident going into it. Obviously it’s exciting for the club and all the players involved,” Oldfield said.

“The lads are buzzing around, we’ve got a lot of confidence we can win so it’s an exciting time for the club right now.

“They [Devonport] will be a tough opposition. We’re just preparing ourselves to play our game. If we turn up any day and play the way we know we can, we’ll beat most teams.”

Oldfield’s confidence is merited, with Avondale currently sitting third in the Victorian NPL and boasting some weapons in attack.

Striker Liam Boland is enjoying a wonderful season, while the likes of Elvis Kamsoba and Joey Katebian are excitement machines.

“They score goals and we have to stop them going in. Some games we help them, they might not take all their chances and we bail them out at the back and other games they score and we make mistakes and still win games,” Oldfield said.

“We’re a team and we play as one. But they [the attacking trio] are definitely an asset to have and I’m sure they’ll turn up on Tuesday.

“The players are so close, we all work for each other and the coaches have put a game plan in place that suits us because we’re a very attacking team. We’ve been successful really because of how close we are.” 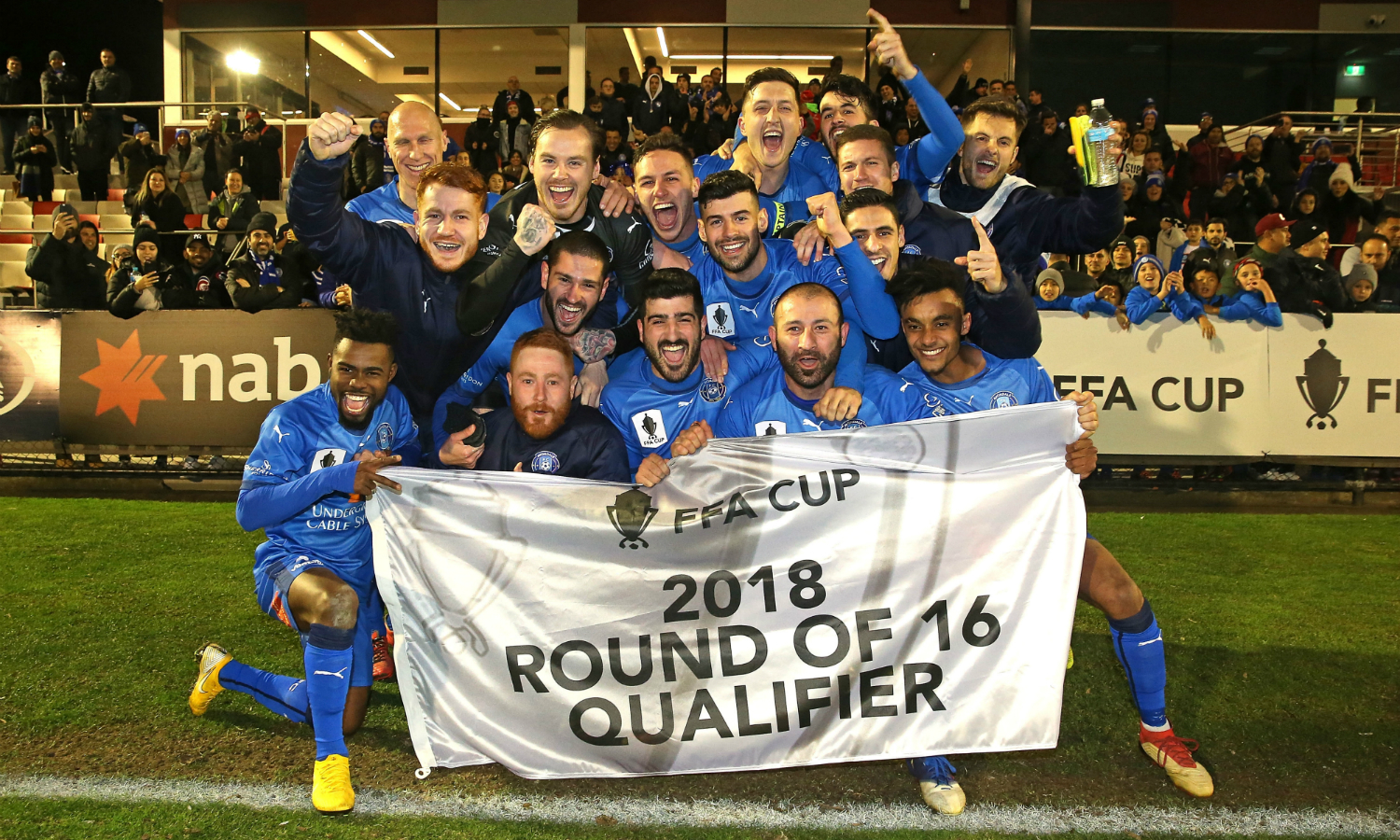