The Check In: Aivi Luik living and learning in Spain

In our latest instalment of The Check In, Westfield Matilda and Sevilla FC player Aivi Luik chats about playing in defence, learning Spanish, and being a mentor.

Luik is no stranger to football being the world game. It has taken her to the biggest tournaments in football.

She has also plied her trade across North America, Australia, and Scandinavia. But her last two moves abroad have seen her land in Spain following a stint with Melbourne City.

For Luik, the choice to return to Spain was an easy one. Her familiarity with the league and an away trip to Sevilla while at her former club Levante made it an opportunity she didn't want to pass up.

“I played here two seasons ago in Spain for Levante. And I really enjoyed my time as challenging as it was. The team was really, really good. And I loved the way the league was a long league. And it was very, very competitive, very technical.” Luik told matildas.com.au.

“During the COVID spell when my agent was looking at the next chapter, there were a few teams interested. But once this one came up, it was a no brainer for me. I just had a feeling that this was the right pick for me. So I decided to come here. And also because Sevilla is a huge club with a great history. And the facilities are fantastic here.”

Sevilla currently sit in eighth in the Primera División. A 1-1 draw with Real Madrid over the weekend has kept the side comfortably mid-table though Luik thinks the team could be higher on the table.

Australian football fans would be used to seeing Luik play at the base of the midfield as a number six. In four of the last five Westfield W-League seasons, she has been a mainstay for Melbourne City and contributed to their four championships.

But an injury crisis at Sevilla has seen the 35-year-old push back into the heart of defence. It’s a challenge she is relishing with her team-first approach coming to the fore. However, it is also highlighting the language barrier. 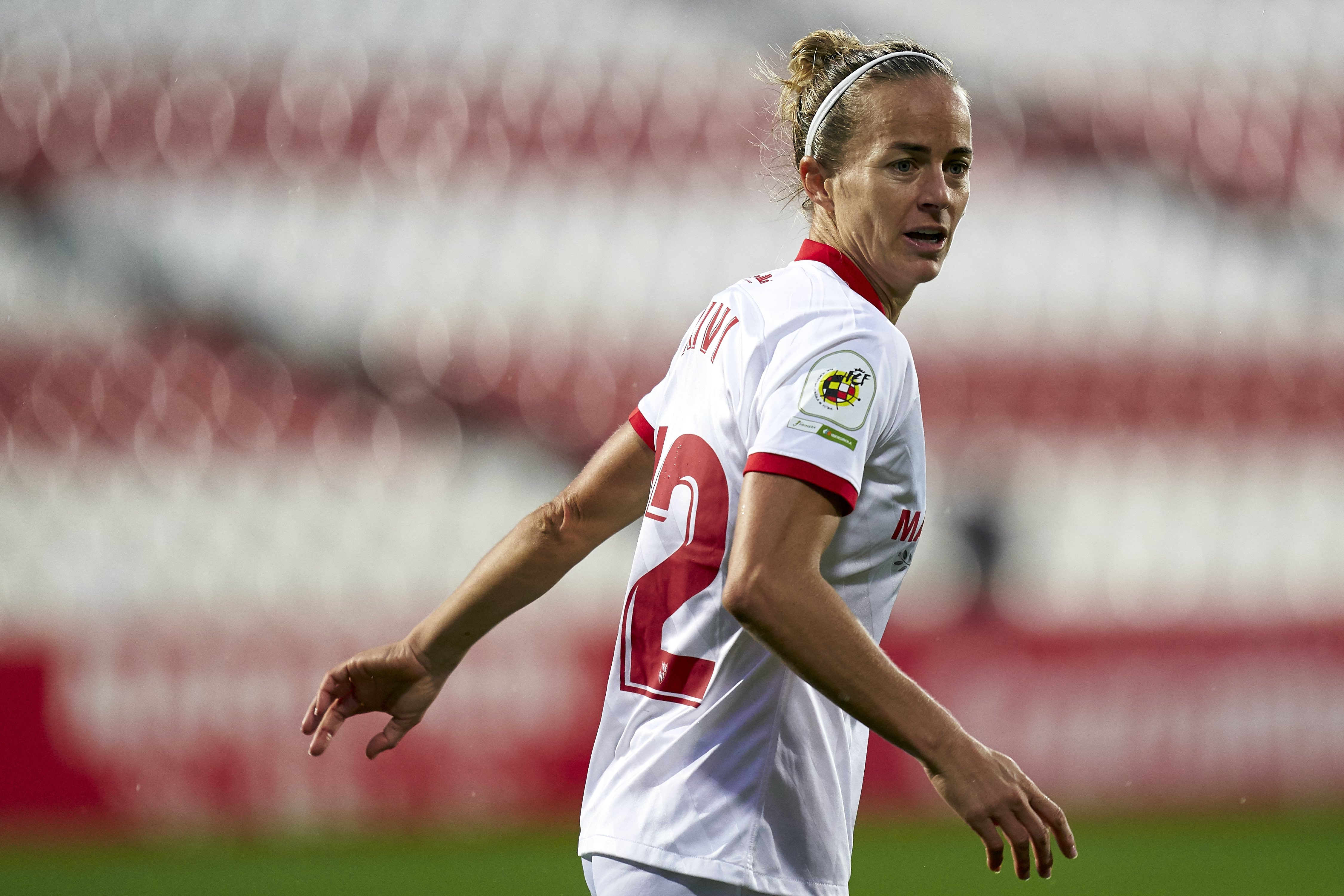 “That's been the hardest thing and the biggest obstacle that I've had to and am continuing to try to overcome. I’m getting better at it week by week, the more Spanish that I learn, but it definitely makes it difficult.”

“A lot of your success in the backline relies on communication and really quick decision making. And the thing is, when you're in the backline, if you make the wrong decision, or if you're a split second off, that could be the difference between a goal and not.”

“But in saying that, learning to or continuing to learn to deal with it, you have to be very, very patient, that's for sure. I've definitely learnt to be more patient."

“But it's good because I'm learning something. You don't really ever want to go somewhere, in my opinion, where you're not learning. And I'm definitely learning how to deal with that.

Luik isn’t just learning new things during this stint in Spain but actively teaching as well. While the language barrier can throw a spanner in the works, taking younger players under her wing is something she values.

“Being a leader is not that important to me, what's important to me is winning the games and doing everything I can to help the team do that, on and off the field."

[WATCH: Katrina Gorry: I always wanted to be a mother]

“And coming into an environment where you can't communicate too much. It's a little bit harder to do that. But there are other ways besides just language where you can show that so I've been trying to do that as well, with body language or just supporting them in in other ways. Thank God for Google Translate too by the way.”

Much like everyone else in the world, Luik and Sevilla have been affected by the COVID-19 pandemic. But the Westfield Matilda is taking a glass half approach to restrictions and counting the positives in this difficult time. 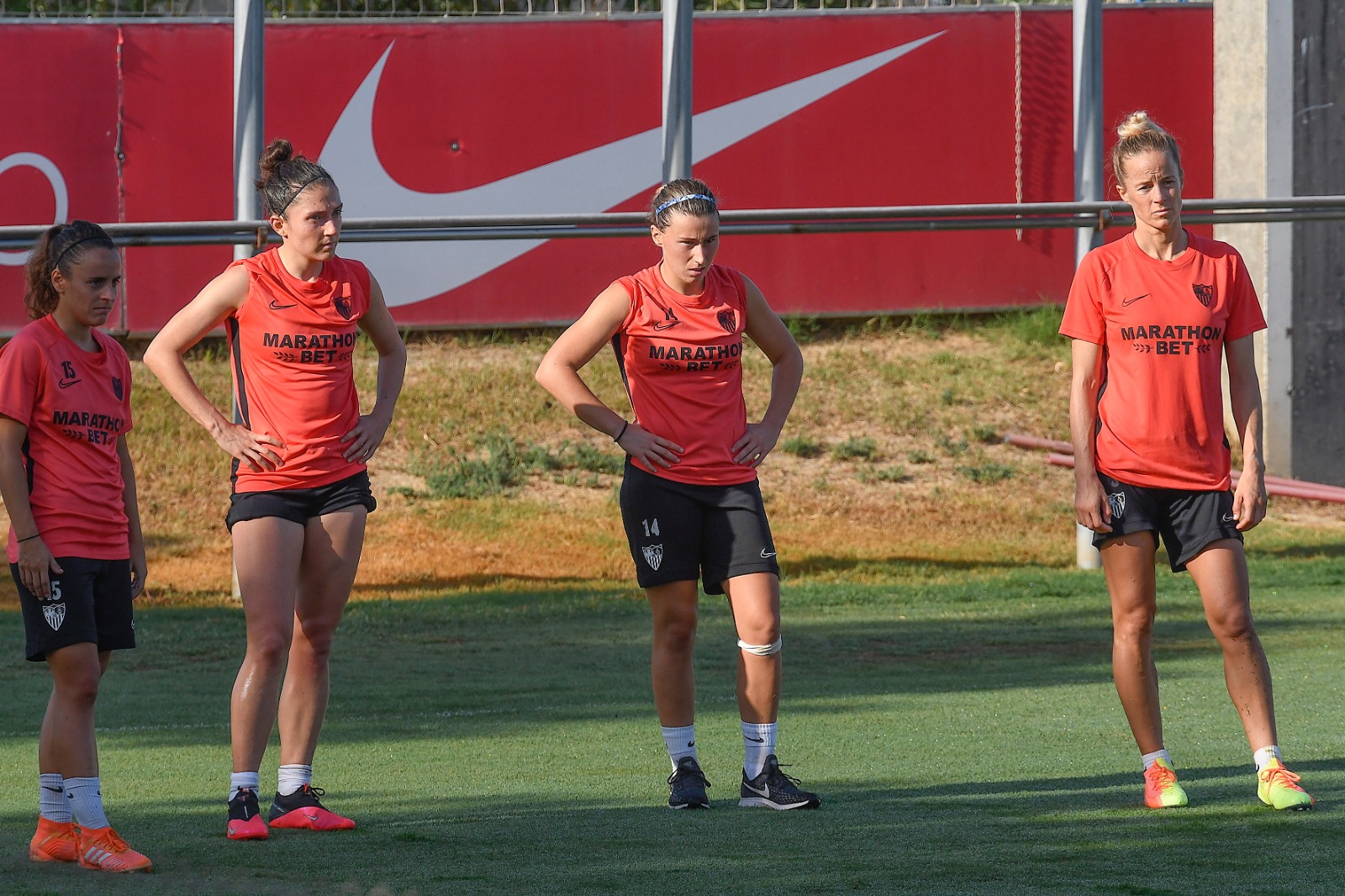 "Honestly, the lockdown in Spain hasn't been that bad, especially here in Sevilla. Basically all I've had to go through these last six, seven months is whenever you're outside you have to wear a mask unless you're at a restaurant and you're eating. We have a curfew and then at times there's been a regional boundary around the province of Sevilla or Andalusia and so you can't travel outside of that."

"But otherwise, we've been really lucky. And in comparison with a lot of people around the world right now, I definitely cannot complain because I'm still working, I have a job and I'm able to be outside. And I'm one of those people who loves to be outside.

"I'm not too sure how I would have coped having been inside if the rules meant that I had to be so I consider myself very lucky and very blessed."