An opportunity to create Westfield W-League history is proving an extra motivating factor for Melbourne City ahead of their do-or-die semi-final against Brisbane Roar.

Victory would give the club the chance to win a third straight Championship, something never before accomplished in the competition’s history.

City finished the regular season in fourth spot and will start the match as underdogs against Roar, having failed to score against them in two matches in 2017/18.

“The good thing about this team is it’s full of experienced players and players that are able to step up in big games,” City defender Steph Catley said.

“There’s no bigger motivation than to be able to create history like we did last year again and to have it be a three-peat would be incredible.

City can draw on the experience of last season, where they also finished fourth but prevailed in two sudden death matches to take the title. 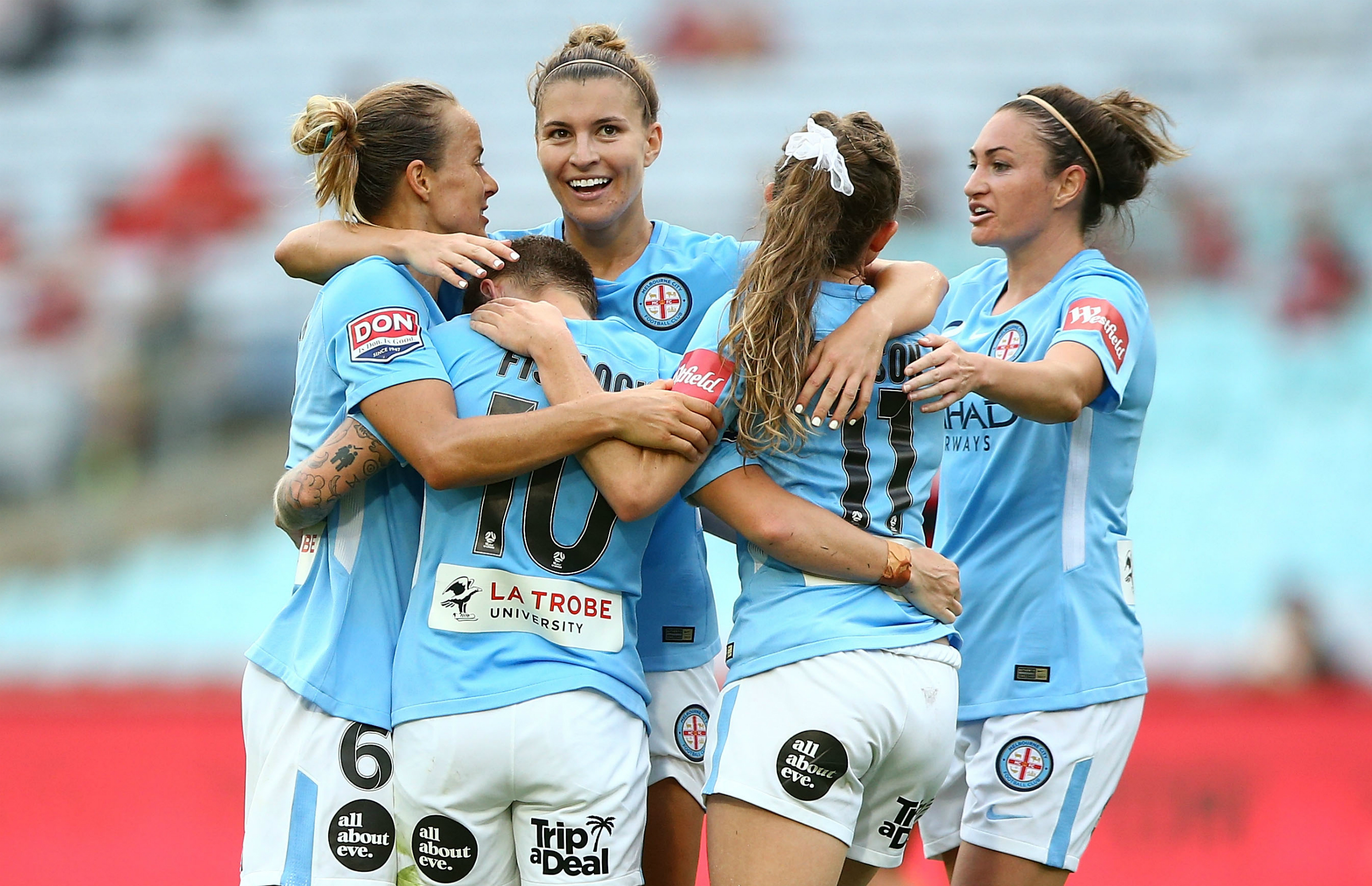 And like the 2016/17 campaign, City head into the playoffs on the back of a big win over Newcastle Jets in the final round.

“We’ve kept a pretty solid group from last year and we all spoke about last year how we waited until the last round to really get going,” Catley said.

“And we had a similar performance against Newcastle, hopefully we can build on that and take another good performance into this weekend.

“They [Roar] will try to keep things pretty similar. They have been really affective this year and very consistent,” Catley added when asked about Brisbane’s strengths.

“They have been playing some great football and defensively they are really sound.

“Hopefully we can take a bit of what we did against Newcastle into Sunday, move them around and really attack them with the weapons we have up front.”