The week-long training camp in Dubai has ensured the Caltex Socceroos will be primed to make a strong start to their FIFA World Cup 2022™ qualifying journey.

That’s the opinion of experienced defender Trent Sainsbury ahead of Wednesday morning’s (AEST) opener against Kuwait.

With no qualifying game last week, Head Coach Graham Arnold and his staff have been able to put the squad through a testing six-day training block before arriving in Kuwait.

And Sainsbury says the extended training block has been the ideal preparation, giving the squad the opportunity to reacquaint themselves, as well as hone their combinations on the pitch.

While the former PSV and Inter Milan defender is one of the more experienced players in the squad, he is still only 27.

It’s a fact not lost on Sainsbury, who is excited by the youthful nucleus of the current crop.

“Any time together as a group is always good,” Sainsbury tells Socceroos.com.au. “It's always special when you come into these camps.

“We've got a good core group of players here now, a lot younger than what we've had in the past."

The 27-year-old added: “Leading into this campaign as a World Cup qualifier, it’s always nice to kick it off with a few extra days together.

“Together as a team, there's a good bond there.”

Watch Kuwait v Australia from 1:30am AEST on Wednesday 11 September live on FOX SPORTS, Kayo Sports, and via the My Football Live App, Live, Fast and Data Free for Telstra mobile customers.

After European heroics, Degenek wants to do 'damage' on the road to Qatar

Why Taggart will become an even more deadly scorer under Arnold

The monumental hurdle that built Borrello for Bundesliga

The step up that readied Amini to take Caltex Socceroos chance

How City's Guardiola blueprint is set to benefit Maclaren 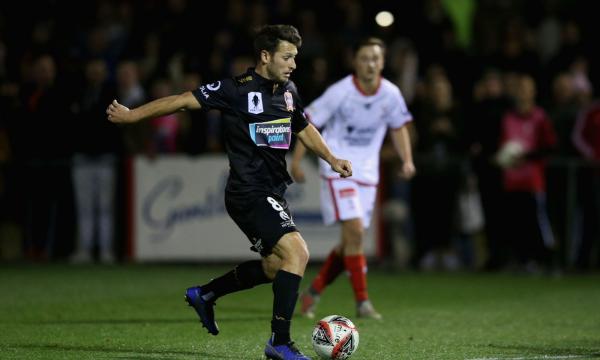 Star Newcastle Jets import Wes Hoolahan is in line to make his long-awaited Hyundai A-League debut after Carl Robinson included him in his Jets squad preparing to face Melbourne Victory on Saturday afternoon. The 'Irish Messi' sustained a serious ankle injury in September, 201