It is the start of a new era at Melbourne Victory with no Kevin Muscat around for the first time in the club’s history and new man Marco Kurz aiming to take them back to the top.

Victory are a club synonymous with success in the Hyundai A-League and the mass changes since the end of the last campaign won’t be used as an excuse to stop them being a force in 2019/20.

Here we break down the three clashes that are set to mean that little bit more to Victory fans and could be the circuit-breakers to another trophy-laden campaign.

Can Victory prove they are the kings of Melbourne?

While the season-opening Melbourne Derby against City is at the forefront of Victory minds right now, there’s another local derby to contend with in 2019/20.

The introduction of new team Western United FC has not only provided an exciting sense of anticipation of what they can produce, but also adds a layer of edge to the battle for supremacy in Melbourne.

Mark Rudan’s United have made some big-name signings and are hell-bent on making a splash in their debut season.

But Victory – quite rightly – see themselves as top-dogs in the city and will relish the chance to prove that when the two sides meet early in the season.

Can Victory hit back and erase club’s ‘darkest day’?

It’s one thing losing to your fierce rivals in a Semi Final. It’s another thing being totally wiped off the pitch by the tune of 6-1.

But that’s exactly what happened to Victory in last season’s astonishing Semi Final against Big Blue combatants Sydney FC, with the Sky Blues rubbing Victory’s noses in it with a performance for the ages.

It’s a result that will still be stinging with the players involved on that balmy night last May, waiting for the first chance they will get to banish those painful memories.

In November, Victory return to the scene of that horrid night for a clash that will not only have plenty of feeling but could also see the team lay down a marker to the champions.

Will Victory give their fans the perfect Christmas present?

A highlight of the Hyundai A-League fixture list in recent years has always been the pre-Christmas Melbourne Derby at a rocking – and festive AAMI Park.

By this stage of the campaign both clubs will have well and truly come to terms with their new coaching philosophies and will be expecting to produce their best football.

A win over their crosstown rivals would not only make the Christmas lunch taste that little bit sweeter but could also be a lunching pad for a massive 2020.

And when was the last time a Melbourne Derby failed to deliver something special? 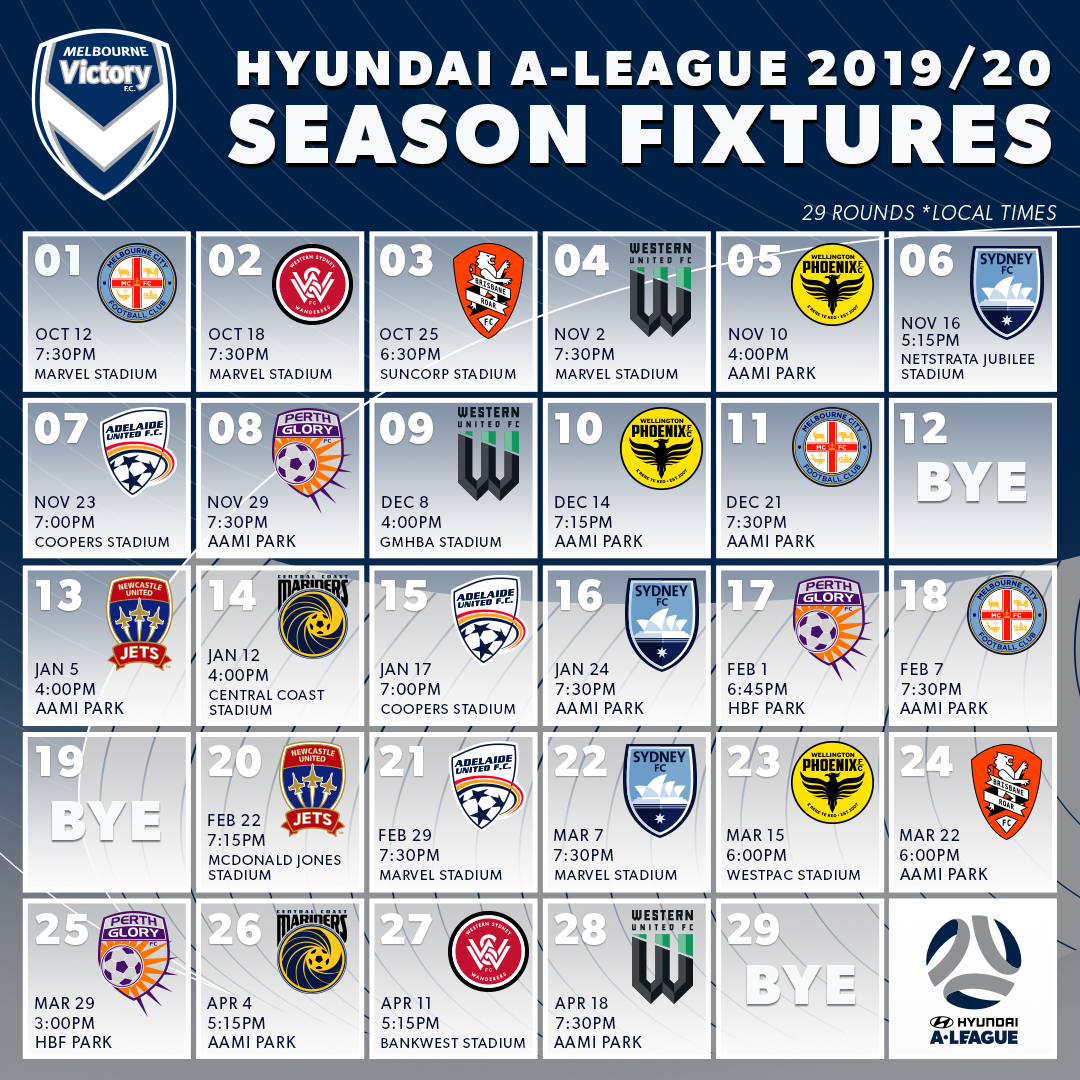 de Marigny: There was only one team in it | Press Conference | Hyundai A-League