The nineteenth century poet Oscar Wilde once said: 'We are all in the gutter, but some of us are looking at the stars.'

After collecting a mere 33 points across the past two Hyundai A-League seasons, only the most cynical of Central Coast supporters cannot believe that better times lie ahead.

The appointment of head coach Alen Stajcic has shattered the darkness and Mariners faithful can once again look forward to seeing their team play football in 2019/20.

Here we break down three fixtures which could provide the electricity to makes those in yellow and navy feel like they are back in the bright lights of the big time.

Reestablishing dominance in the F3 derby

Everyone knows that, in sport, you're only as good as your last performance. When a rock bottom Mariners shocked Newcastle Jets 3-2 in their own back yard in March, they flipped the balance of power in the F3 derby back in their favour.

That stunning upset will be seen as the turning point if the Gosford boys can grasp back their pride in 2019/20, following back-to-back Hyundai A-League wooden spoons.

In a script Hollywood would have deemed overly dramatic, Roy O'Donovan's 99th-minute retaken penalty was saved, for a second time, by Ben Kennedy as Stajcic's first match as interim head coach acted as a beacon of hope for the end of the dark days and the dawn of a new tomorrow.

The much-anticipated rematch arrives as early as Round 2. Such a heated affair so early in the season against a Jets side, featuring one of the Mariners' 2018/19 stand out performers in Matt Millar, could have huge ramifications.

Lose and you are potentially back to square one, with no platform to propel yourselves from. Win back-to-back derby games and you prove to your rivals that Central Coast are the dominant force. And, from that platform, who knows how far you can launch?

A measure of improvement

If people deem the Mariners' 2018/19 campaign as a calamity, it's worth remembering Brisbane Roar were only five points better off in ninth place.

The green shoots of recovery are already sprouting in Queensland as the Robbie Fowler revolution  ripped through Hyundai A-League Champions Sydney FC in the FFA Cup.

Last season, the Roar and Mariners were on a fairly even keel, sharing a pair of 1-1 draws, until Brisbane ran away with the series with an 5-3 triumph in the final weeks of Mike Mulvey's reign.

By the time Round 8 rolls around, we will have a solid body of data to assess how far each team has progressed following their seasons to forget.

A win for the Mariners in this one would show which side is primed for a bigger bounce-back year.

That's not to mention the chance to get one over 2019 Mariners Medal winner Aiden O'Neill, who opted to return to the Hyundai A-League, on loan from Premier League Burnley, with the Roar.

Revenge for *that* embarrassment

One hundred and 55 days have passed and it’s still hard to find words to sum up Mariners’ crushing 8-2 reverse at the hands of Wellington Phoenix on Sunday 9 March 2019.

Such a total annihilation had to spark change, and the Mariners faithful who were forced to suffer through that 90 minutes deserve some closure.

The yellow and navy will have to wait until the opening week of 2020 for Stajcic to take his Central Coast outfit to the Kiwi capital in Round 13.

Mariners fans know only too well that a result like that cuts deep. But, three points for the Gosford boys across the ditch will not only exorcise some of the demons of that harrowing day, but help define where Central Coast and Wellington sit in the new world order. 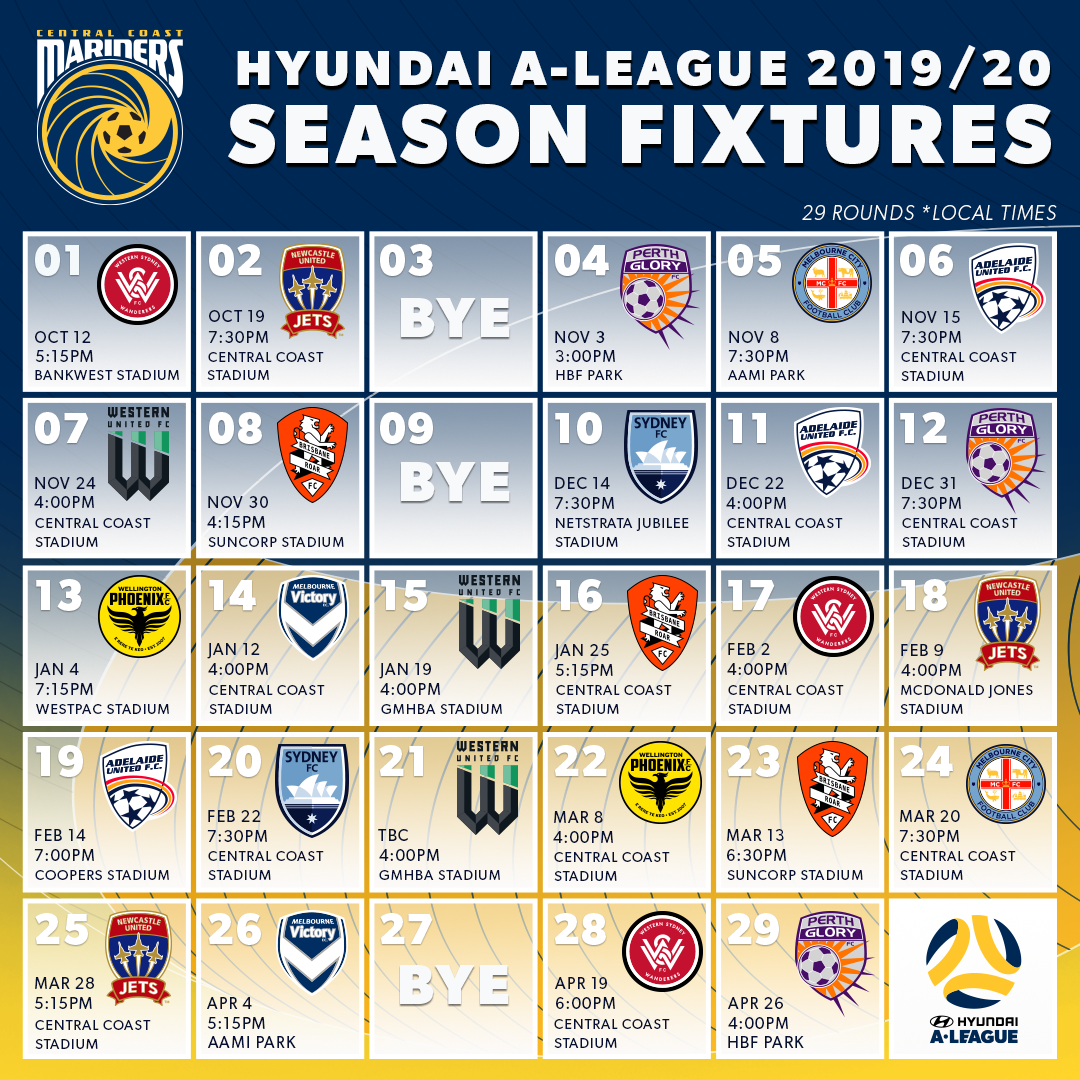