Who shone in Perth v Chelsea?

Monday evening's contest between Perth Glory and Premier League giants Chelsea offered fans a glimpse of some household names, but there were also several new stars that caught the eye.

The side from Stamford Bridge proved too strong in the end despite a valiant showing from Tony Popovic's Perth.

But the match result won't be of too much concern for either team, who will instead be looking to focus on strong showings from individual players and continue their pre-season preparations.

Here were the strongest performers as Chelsea edged out Perth at Optus Stadium:

Chelsea have established a vice-like grip on England’s youth divisions. While several academy talents have failed to make the grade at Stamford Bridge, Callum Hudson-Odoi will be aiming to break that trend under Sarri.

The 17-year-old forward made his first team debut in the FA Cup against Newcastle United seven months ago, and was at the forefront of the action in the opening half; laying it on a plate for Pedro’s opening goal and nearly teeing up Cesc Fabregas for another, before his withdrawal at the end of the half.

Hudson-Odoi’s change of pace and ability to beat his man one on one will give Sarri food for thought at the Italian plots his frontline options for the start of the Premier League season. 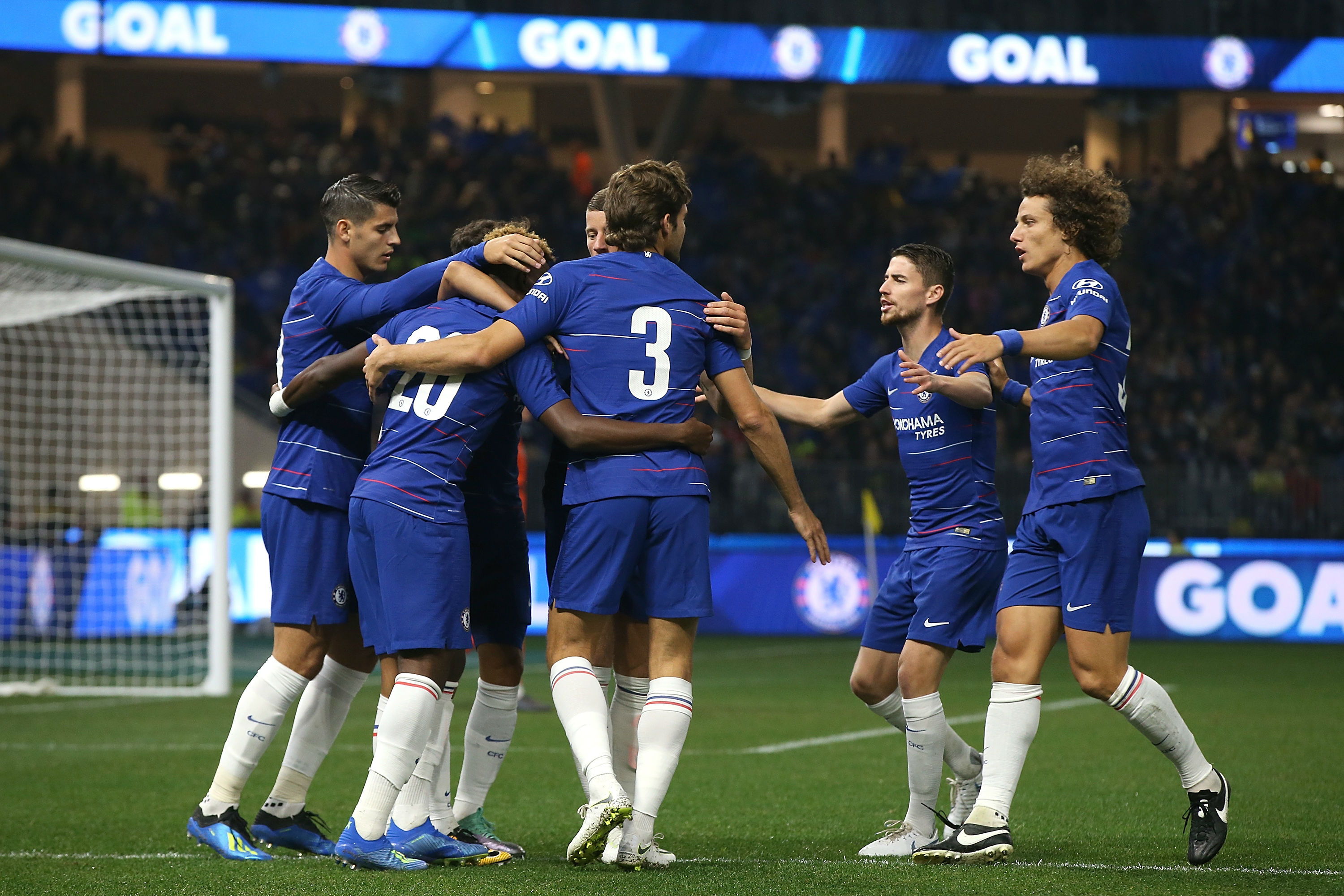 The Glory goalkeeper didn’t have much to do in the opening half but Reddy’s heroics came to the fore in the second half as Chelsea piled on the pressure.

The Hyundai A-League veteran made solid stops from Ross Barkley and Tammy Abraham, with the pick of the bunch a fine reaction save to parry a fiercely struck Pedro effort from close range.

The 36-year-old may be entering the twilight of his career, but Reddy’s confident display in between the posts against Chelsea will have bolstered the confidence throughout the Glory ranks.

It was a tough night at the office for the Perth defender, but Shane Lowry acquitted himself well at the heart of Glory’s back three.

Despite Chelsea’s dominance, the Glory centre half did not look overawed in the face of long periods of pressure and marshalled the rest of the Perth defence well in a central role.

The 29-year-old came out on top in an individual battle with Alvaro Morata and showed superb recovery pace to save his side from several dangerous situations.

Tony Popovic has an abundance of central options for the upcoming Hyundai A-League campaign, including new arrivals Matthew Spiranovic and Tomislav Mrcela, but Lowry may just be his prime candidate lead the charge at the back. 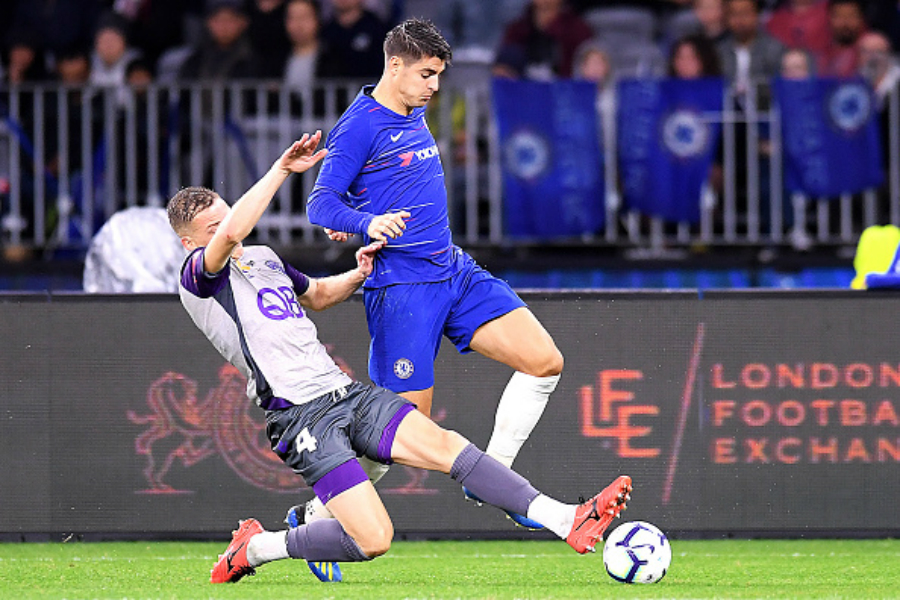 Zappacosta hasn’t quite made the right fullback position his own at Chelsea ahead of stern competition from Cesar Azpilicueta, but this could be a performance that moves the Italian up in the pecking order.

The former Torino flyer was a constant menace throughout the opening half and linked well with the likes of Fabregas and Pedro, and his accuracy in the final third might’ve seen him claim several assists on another day.

The Spaniard can slow down time during even the most high-octane matches, and Fabregas was in a different class on the Optus Stadium pitch.

Chelsea’s dominance allowed the midfielder a masterful display of his repertoire in the middle third as Fabregas elegantly linked defence and attack and buzzed around the field effortlessly evading Glory challenges.

Sporting the captain’s armband, Fabregas’ partnership with new signing Jorginho is sure to excite Blues fans ahead of the Premier League campaign. The two midfielders controlled the contest with impressive verve in the opening half, and could just provide the midfield combination to fire Chelsea back into the top four. 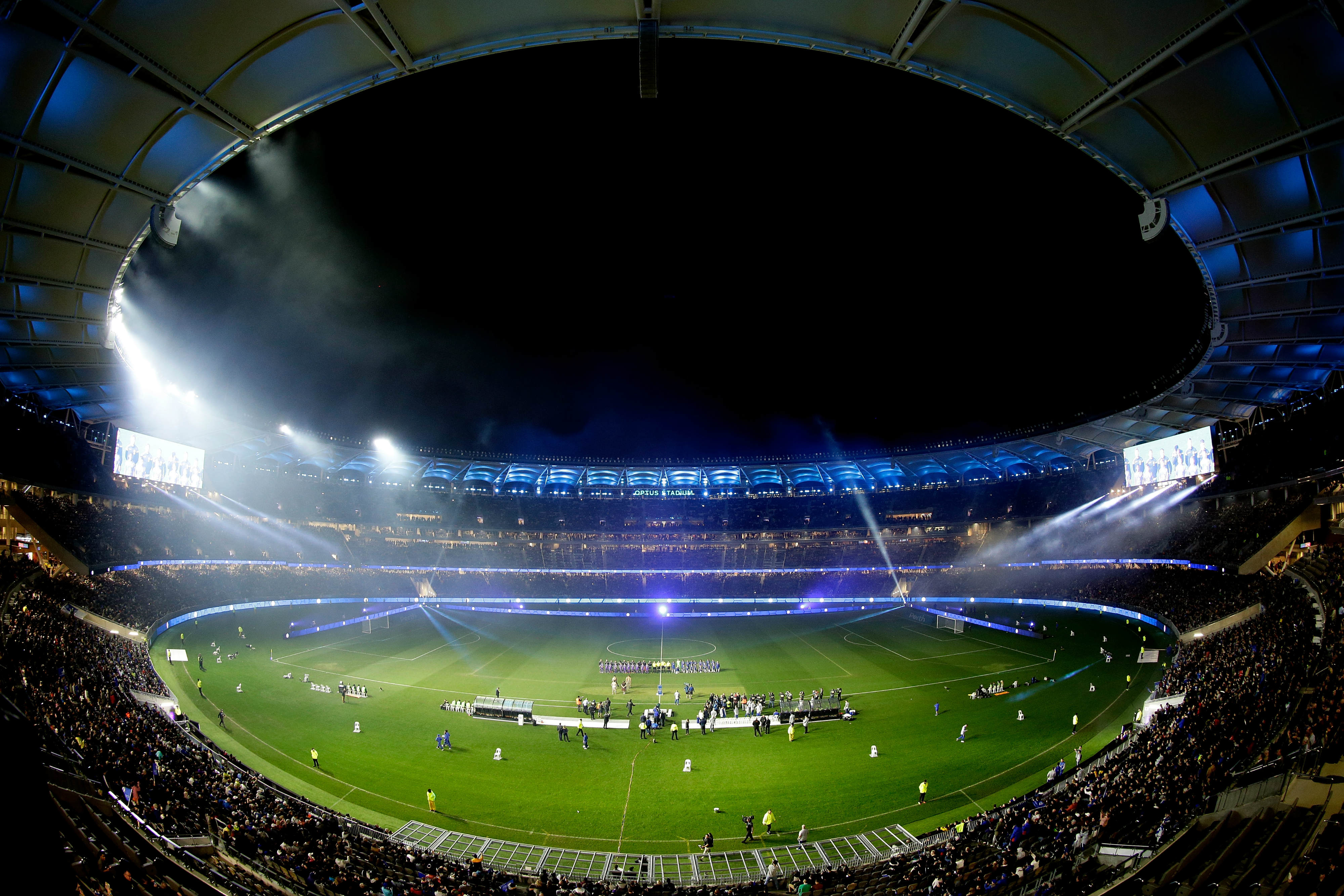