An enormous weekend for our Caltex Socceroos stars sees two of them do battle in the English Championship and another take part in an FA Cup quarter-final showdown.

Despite sitting 19th in the Championship, Millwall are no slouches in the cup having won their last five home FA Cup ties against Premier League opponents, a streak that has lasted since 2012.

The giant-killers have knocked off four Premier League opponents since the start of their 2016/17 FA Cup campaign and the Aussie shot-stopper will have to be at his very best to help his side progress to a semi-final showdown at the iconic Wembley Stadium.

Talking of Premier League outfits, Aaron Mooy will take to the field for Huddersfield Town against West Ham United knowing nothing but a win will suffice for his rock-bottom side at 2.00am on Sunday (AEDT).

Huddersfield travels to London 16 points adrift of safety with eight matches remaining, needing a miraculous two months to have any chance of prolonging their Premier League stay.

Caltex Socceroos fans will be treated to a midfield reunion when Jackson Irvine's Hull City take on Massimo Luongo's Queens Park Rangers at 2.00am on Sunday.

Both sides are coming off disappointing midweek losses and will look to bounce back in style at Hull's KCOM Stadium.

The Tigers go into the weekend just six points adrift of the playoff places, sitting 13th in the EFL Championship. QPR are seven points further back in 18th, and while they look to be safe still require a couple of wins to be sure of survival.

In the Scottish Premier League, Caltex Socceroos skipper Mark Milligan's Hibernian face Motherwell on Sunday (2.00am, AEDT), while Tom Rogic has returned to training with Celtic after his knee injury but is unavailable for Sunday night's match against Dundee (11:30pm, AEDT).

Silverware may be on the horizon for Mabil's Midtjylland

FC Midtjylland trail league-leaders FC Copenhagen by a solitary point heading into the Danish Superliga's final round before the league enters its Championship playoff phase, rendering their clash with 11th-placed SønderjyskE on Monday morning crucial (kick-off 3.00am, AEDT).

Awer Mabil will be sure to feature for the Wolves, who are still in the hunt for a Danish double after they won their midweek domestic cup quarter-final against Kolding IF.

The in-form Mustafa Amini will also feature in the Superliga for AGF on Monday morning as they face AaB Aalborg knowing a win would see them leapfrog their opponents in eighth.

Victory could see AGF finish as high as sixth, allowing them to take place in the Championship playoff, where the top six face each other home-and-away before a Superliga champion is crowned.

In the Belgian Pro League, Danny Vukovic's Genk head into their final-round fixture against Zulte Waregem (kick-off 4.00am Monday, AEDT) six points clear of Club Brugge at the top of the ladder.

A similar Championship playoff system will then unfold in Belgium between the top-six sides.

As Hertha Berlin gear up to take on Borussia Dortmund at 4.30am on Sunday, Mathew Leckie finds himself under an injury cloud.

The talented winger is suffering from a calf strain and may miss the match, one the 10th-placed side need to win to stay in the race for Europa League football.

Although reports in Germany suggest that Robbie Kruse will leave 2. Bundesliga side Vfl Bochum at the end of the season, the winger will look to secure some playing time as they face Arminia Bielefeld at 11.30pm on Sunday.

James Jeggo could return to the starting lineup against his former club when his Austria Wien takes on Sturm Graz in the Austrian Bundesliga at 3.00am on Monday.

In the Netherlands, Aziz Behich and Trent Sainsbury could get off the pine for league-leaders PSV Eindhoven's match against VVV Venlo at 10.15pm on Sunday.

Neither player has seen minutes since spending time with the Caltex Socceroos for the AFC Asian Cup, though the same cannot be said for fellow Eredivisie defender Alex Gersbach.

The left-back has seen consistent playing time for the relegation-threatened NAC Breda and will be hoping to secure his first win with the club when they face FC Utrecht at 5.45am on Sunday morning.

In Cyprus, Apostolos Giannou will hope to help AEK Larnaca's playoff chances when his side take on Nea Salamis on Sunday at 2.00am.

Fellow Caltex Socceroos defender Matt Jurman will also feature in the region when Al Ittihad travel to Al Hazm, the fixture sure to have huge implications for the Saudi Pro League's unfolding relegation battle (kick-off 12.00am on Sunday morning).

In the J-League, Andrew Nabbout and Mitch Langerak will both take to the field, the former looking to score his first goal of the season when Urawa Red Diamonds take on Cerezo Osaka away on Sunday at 5pm.

Langerak, who plays for the table-topping Nagoya Grampus, will hope to secure his third clean sheet in four matches when they travel to face FC Tokyo at 3.30pm Sunday.

Back home in the Hyundai A-League, Chris Ikonomidis continues to star for Perth and will aim to deliver the Glory yet another victory against Adelaide United at 7.50pm Friday night.

And finally, Rhyan Grant and Jamie Maclaren will do battle as Sydney FC host Melbourne City at 7pm on Sunday. 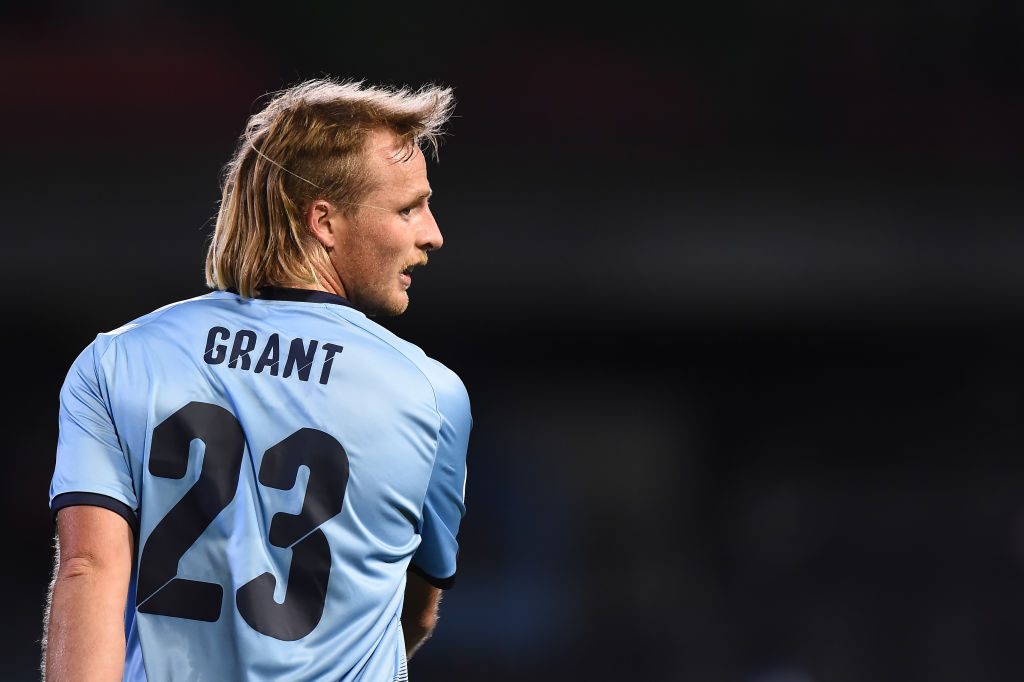