Round 3 of the Westfield W-League kicks off on Thursday night and is sure to present a handful of top-quality encounters featuring some Westfield Matildas stars.

First on the agenda is an intriguing encounter between Brisbane Roar and Canberra United at Dolphin Stadium.

The away side will travel to the Sunshine State with confidence after late goals in their first two matches secured consecutive victories to kick off the campaign.

Canberra's early season form has been fuelled by the goalscoring heroics of Michelle Heyman, who came out of retirement ahead of the 2020-21 season.

The evergreen striker has emphatically backed up her decision with four goals in two games so far, including a round one hat-trick against Adelaide United.

Heyman may well face her sternest challenge yet against a Brisbane Roar backline who are yet to concede a goal this season.

Westfield Matildas defender Clare Polkinghorne has been in formidable form, receiving back-to-back Team of the Week appearances to begin her 13th season at the Roar.

Roar have also not yet scored this season, but midfielder Katrina Gorry has been industrious as ever in the centre of the park while her Westfield Matildas teammates Tameka Yallop and Emily Gielnik have both been a constant threat up front.

How this Thursday night fixture unfolds is anyone's guess: Jake Goodship's defensively sound side will be desperate for a goal while Vicki Linton's outfit have already played out some heart-stopping goal-fests and will fancy their chances of continuing their perfect record.

Fast forward to Sunday and cross-town rivals Melbourne Victory and Melbourne City will play out the first highly-anticipated Melbourne Derby of the season.

The fact that two Westfield Matildas, Jenna McCormick and Teagan Micah, traded Victory navy for City blue this season will only add extra spice to the match at CB Smith Reserve. 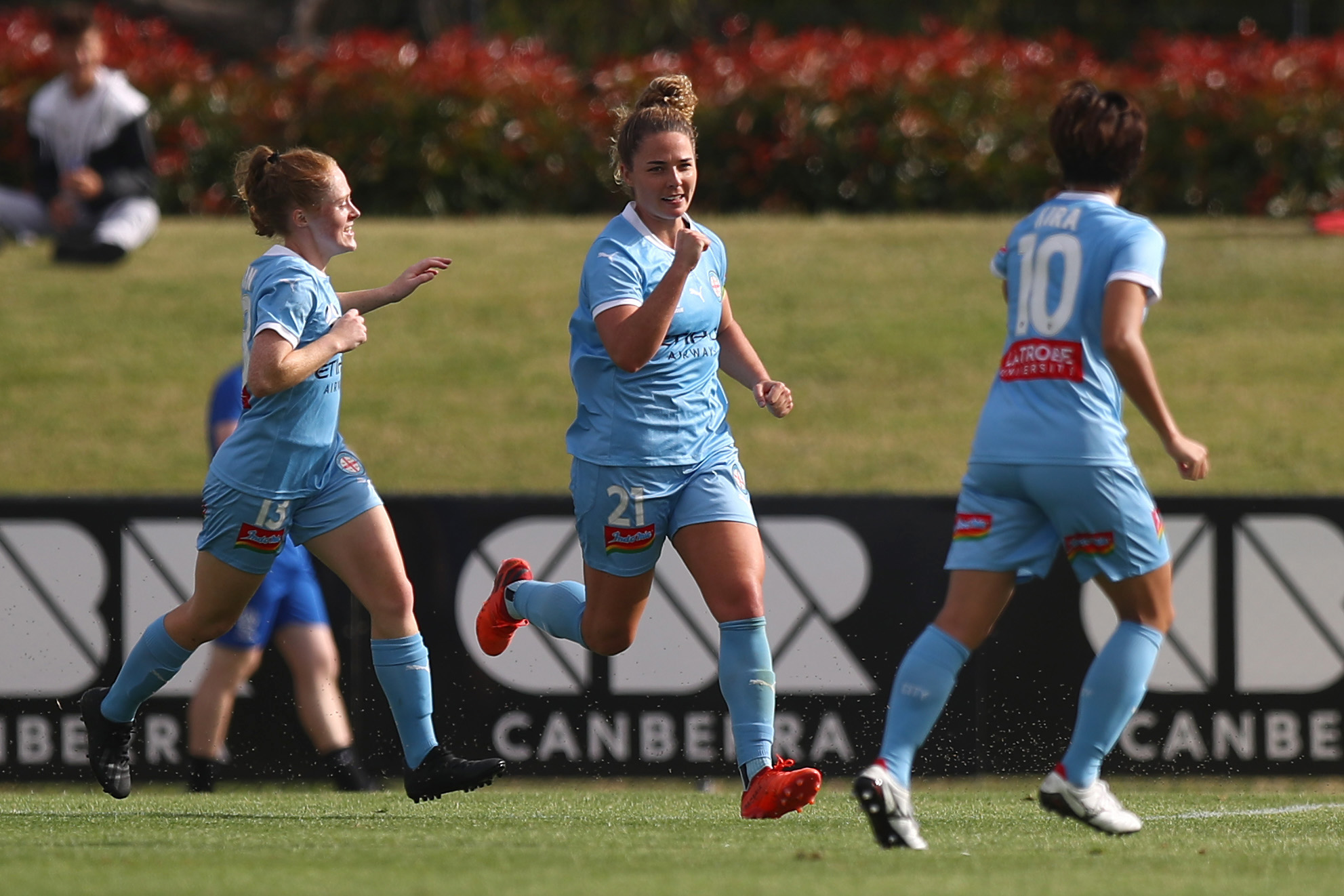 Micah and McCormick have hit the ground running with the reigning champions, with Micah's heroics securing a hard-earned point in Brisbane in round one and McCormick finding the back of the net last weekend with a bullet header.

Victory have played one match so far: a 0-0 stalemate with Brisbane Roar which offered up some promising signs as their new faces band together.

Two of their recruits to watch are Westfield Matildas great Lisa De Vanna and rising star Kyra Cooney-Cross, who both showed patches of what they are capable of last Sunday.

Both Melbourne clubs hold traditionally high standards in the Westfield W-League and will be itching to secure a first three points of the season against their fiercest rivals.