Gielnik was joined on the scoresheet by fellow Westfield Matilda Tameka Yallop who marked her return from injury with a stunning first-half strike.

Mariel Hecher and Sharn Freier also scored their first competition goals, while Winonah Heatley bundled one home in the dying stages as Brisbane tallied their first win of the campaign and equalled their biggest ever margin of victory.

Katrina Gorry was unavailable but club captain Clare Polkinghorne maintained a strong presence in the heart of defence as the Roar put a run of four consecutive draws behind them and underlined their title credentials in emphatic style. The result lifts Brisbane into third position on the ladder. 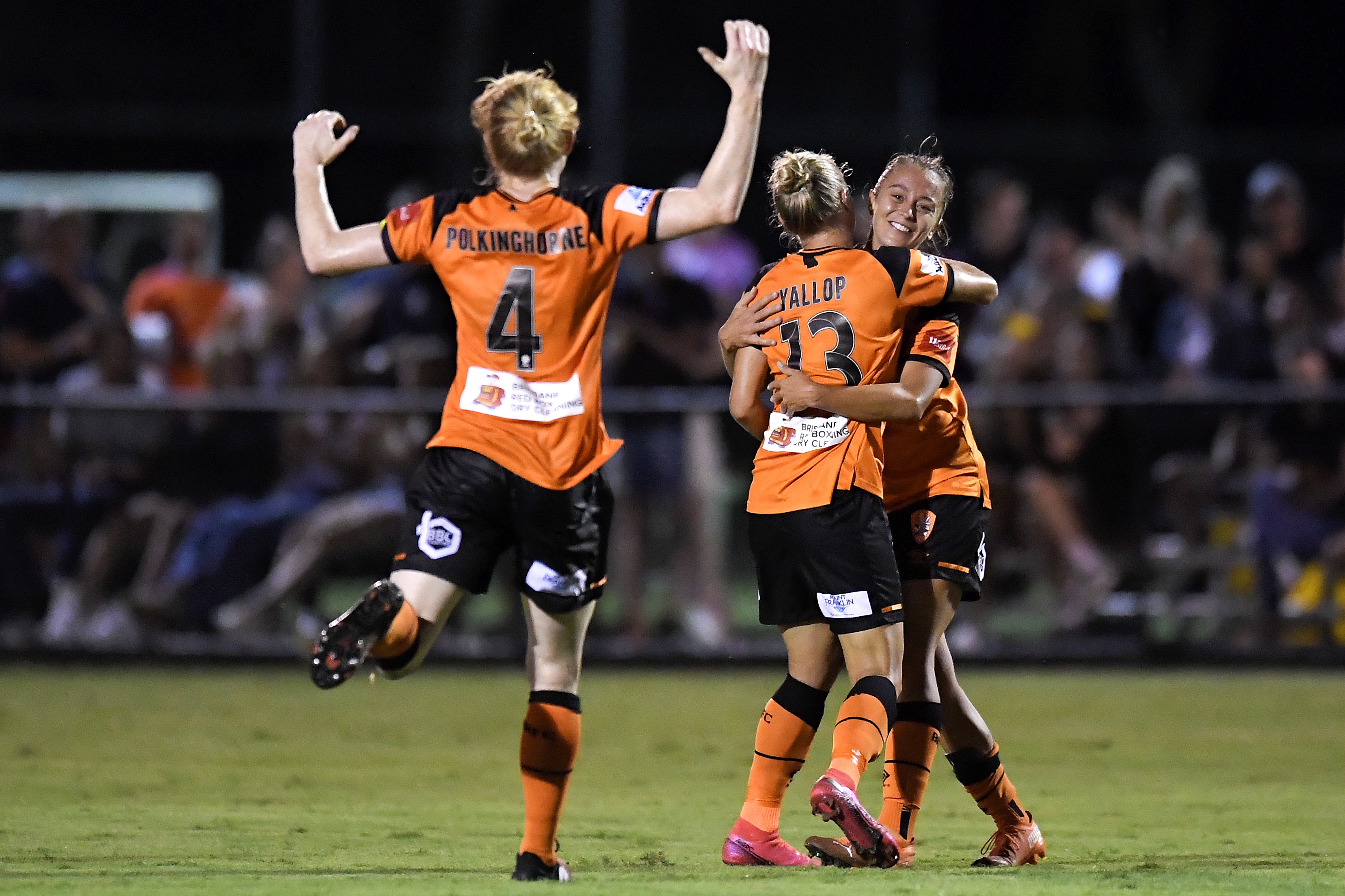 With Brisbane struggling for groove in front of goal and Victory smarting from their stunning loss to City five days earlier, there was little surprise that the action was subdued early on. But the match did not need long to explode into life.

The ingenuity of Victory starlet Kyra Cooney-Cross nearly brought fans off their seat after executing a delightful turn before her deflected effort was palmed out by Roar keeper Georgina Worth.

Melina Ayres and Amy Jackson registered their interest for Victory, before the Roar and Gielnik seized control and put the hosts the driving seat. In something of a role reversal between the two Brisbane strikers, Gielnik whipped a dangerous low cross across the face of goal for Hecher to meet with a perfectly timed run and finish.

It was the Brazilian native's first Westfield W-League goal, having plied her trade in the NPL QLD for Lions FC last season.

Suddenly, confidence was flowing for Goodship's side. Gielnik slipped Yallop into a footrace with Gabriella Garton that the Victory keeper edged, before the Westfield Matildas midfielder cracked the crossbar with a looping effort that had Garton stranded.

Garton pulled off an outstanding save to deny Olivia Chance,  but Yallop doubled the advantage from the resulting corner when she picked up Victory's clearance, beat a defender and let fly with a vicious drive that swerved out of Garton's reach and went in off the foot of the post.

Gielnik nearly made it three on the stroke of half time after Chance played her in down the right but dragged her effort across the face wide.

Smarting from a first half in which they conceded twice but were not comprehensively outplayed, Victory came out with more intent in the second and hit the crossbar through Doran after a great move involving Cooney-Cross and Amy Jackson.

Roar hit the crossbar themselves when Gielnik stooped to meet Dalton's corner, before Freier killed off Victory momentum completely with her first Westfield W-League goal.

Brisbane had not lost a home game when winning at half time since the 2012/13 season, and they improved their imperious position when Gielnik headed Dalton's corner into the back of the net, and again when the Australian international applied an unerring finish past Garton after she was sent through one on one.

Having only scored two goals prior to Friday's kick off, Brisbane completed the six-goal rout with Heatley's close range finish.

Emily van Egmond etched her name into the Australian football history books, becoming the eighth woman to earn 100 caps for her country. Her love for football began at a young age.

Another round of "learnings and positives" for Gustavsson after Danish defeat

A disappointing result has not stopped Tony Gustavsson from taking out both the positives and opportunities to learn following his team's 3-2 loss to Denmark.   "You're always disappointed when you lose.