Westfield Matildas duo Alex Chidiac and Emily Gielnik both found themselves on the scoresheet during a show-stopping Sunday of Westfield W-League action.

In the day's first fixture, Melbourne City enjoyed sweet redemption for their 6-0 derby defeat last round as they prevailed 3-2 over Melbourne Victory at Epping Park.

City, captained by Jenna McCormick, opened the scoring after 22 minutes through Alex Chidiac, who found herself in behind and unleashed a cool strike into the top corner. The goal was a perfect way to mark the former Atletico Madrid midfielder's first start back in the Westfield W-League.

A Victory own-goal doubled City's lead less than five minutes later before some solid stops from Westfield Matildas goalkeeper Teagan Micah helped maintain their lead at 2-0 heading into the break.

It was Victory who burst of out the blocks in the second half, scoring two goals in six minutes to restore parity.

When Catherine Zimmerman lashed home a second, City fans would have been concerned about a similar capitulation to what was seen late on seven days earlier. 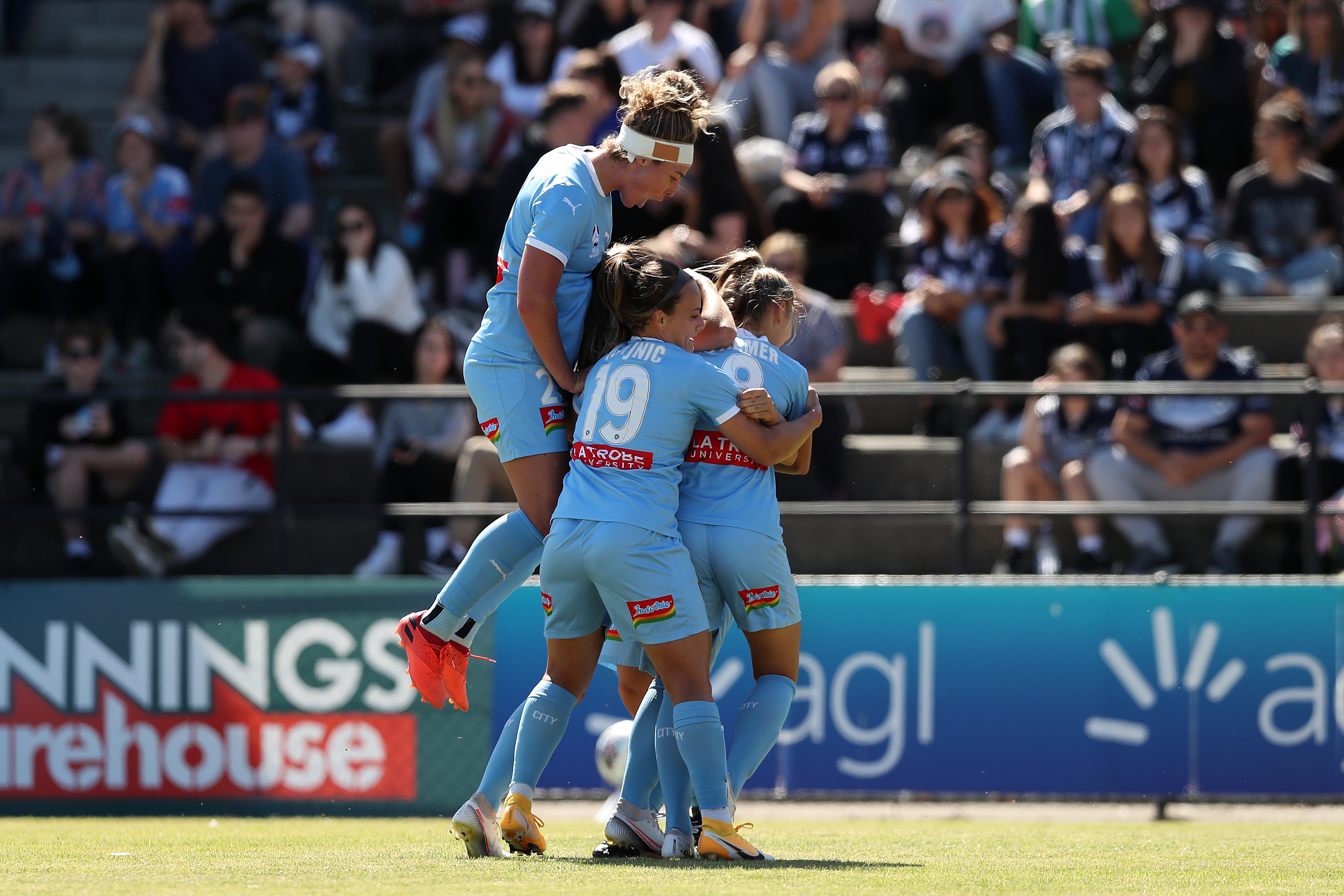 However Rado Vidosic's side managed to regain their composure and stem the flow, assisted by the return of Westfield Matildas defender Emma Checker who was introduced after the hour mark for her first appearance of the season.

Chidiac took the contest by the scruff of its neck with less than ten minutes to play, after she was fed the ball by Checker in her own half.

A smart one-two with Hollie Palmer and precise through ball fed Harriet Withers in behind, who made no mistake in slotting home the match-winner.

Kyra Cooney-Cross so nearly added another twist to the tale but she was denied by a crucial Micah stop at the front post in the seventh minute of injury time.

The result was a vital one for the reigning champions, who secured their first three points in four attempts this season.

The action then shifted up to the Hunter as Brisbane Roar became the first side to travel interstate into New South Wales this season, locking horns with the Newcastle Jets.

Westfield Matildas Clare Polkinghorne, Katrina Gorry and Emily Gielnik all featured, while Tameka Yallop missed out due to injury.

Tara Andrews continued her rich vein of form as she headed home a third goal in as many games, granting the home side a slim half-time lead.

Roar looked to be enduring another frustrating afternoon in the final third before Gielnik was slipped in behind and rolled home her first goal of the season ten minutes into the second half - her first goal in Brisbane colours since February 2018.

Both teams forged golden chances to snatch all three points but in the end goalkeepers Georgina Worth and Claire Coelho stood tall to ensure their sides a share of the spoils.

Speaking to Fox Football post-match, Gielnik was frustrated to have settled for a fourth-straight draw.

"We're creating chances but just not finishing them which as a striker is frustrating," she said.

"We've all had chances but we're just not converting. We're combining well enough and being as brave as I know we can be, we've definitely got the talent, we've got the players, we just need to bring it all together. 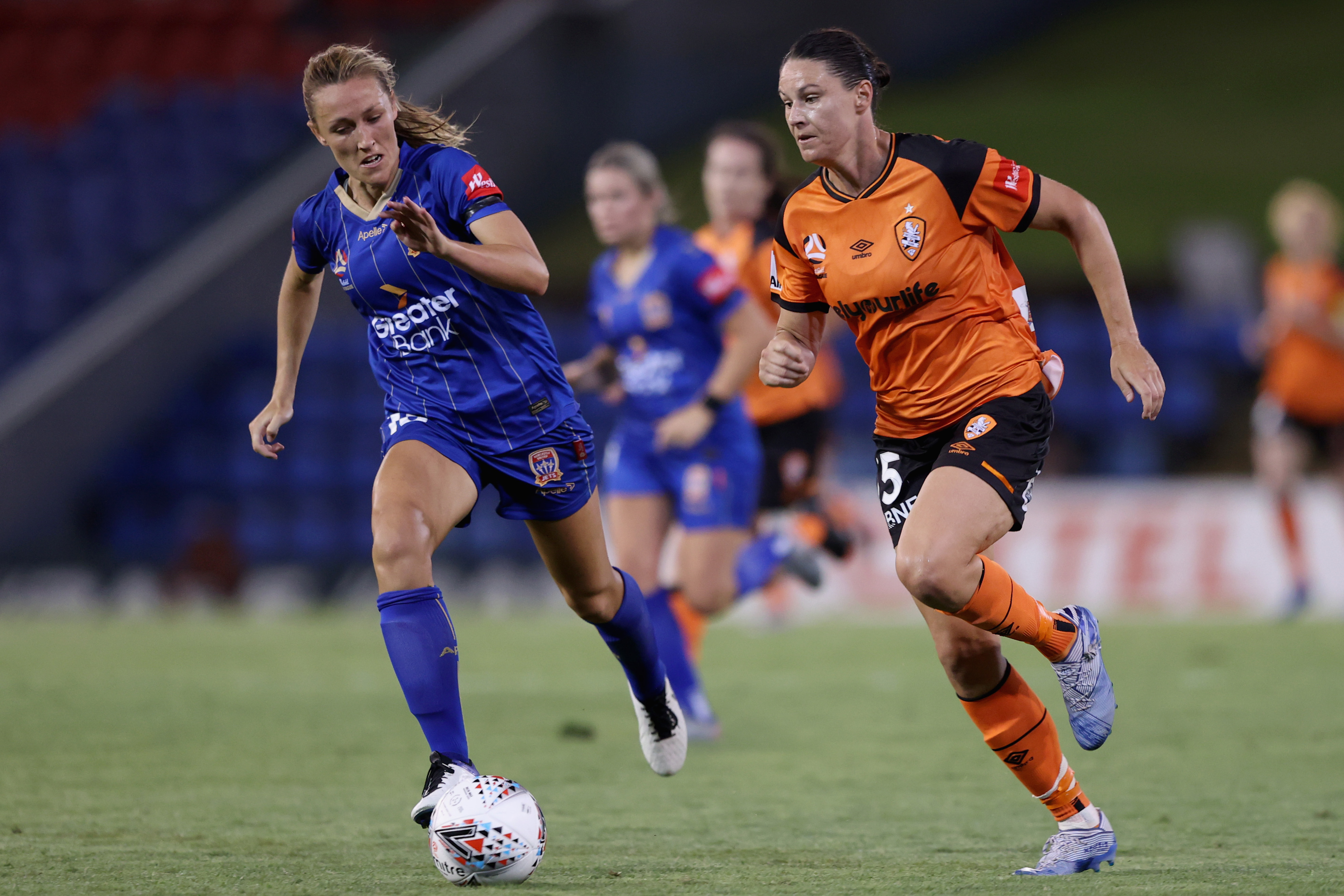 "Right now we're just missing something and just have to go back to the drawing board and prepare to work harder and to come back stronger next week.

On a personal level, Gielnik, who recently notched up her 100th Westfield W-League appearance, has enjoyed her return to home soil.

"I am pleased to be back playing in the country and I love being here with my family and friends," she said.

"Brisbane Roar is great club and I just feel haven't quite found my rhythm yet. I'm a striker and should be a goal scorer, so I'm disappointed in myself and my performances and know I've got a lot more to give.

"First and foremost I'm glad to be back home but I want to have something to show for it so that's just really where my disappointment lies right now, I just want to be putting on better performances and scoring more goals.

"I just haven't found that momentum yet but I'm hungry and I'm just looking forward to the next game - I wish it could be tomorrow, to be honest."