The Westfield Matildas have been heavily represented in the Women’s Health Women in Sport Awards nominations.

Now in its eighth year, the prestigious awards night celebrates Australia’s best female athletes and their achievements over the past year.

KERR: Westfield Matildas up for NWSL Goal of the Week

With Channel 7 broadcasting the event live, this year is set to be the biggest yet – and you could win tickets for you and a friend to attend the awards on 17 October 2018 simply by voting for our Westfield Matildas!

In a total of seven award categories, the Westfield Matildas have four nominations.

Alen Stajcic’s side have been nominated for the 'A-Team of the Year' award for their remarkable performances at the AFC Asian Cup and Tournament of Nations.

The award recognises excellence on the field but also considers the off-field impact of the team. Other nominees include the Australian Women’s cricket team and the Australian Rugby League Jillaroos.

Vote for the Westfield Matildas here.

Westfield Matildas starlet Ellie Carpenter has been nominated for the ‘One to Watch’ award. This award celebrates a rising star tipped for big things in Australian sport, and the teenager from Nowra has certainly pressed her case with an incredible series of performances in the past 12 months for Australia, Canberra United and National Women’s Soccer League outfit Portland Thorns.

Sam Kerr has been nominated for both the ‘Leadership Legend’ and ‘Women’s Health Sportswoman Of The Year’ awards. The Leadership Legend award celebrates an individual’s role in raising the profile of women in sport and establishing a sporting legacy.

The Women’s Health Sportswoman Of The Year award celebrates the best of the best in sport over the past 12 months. 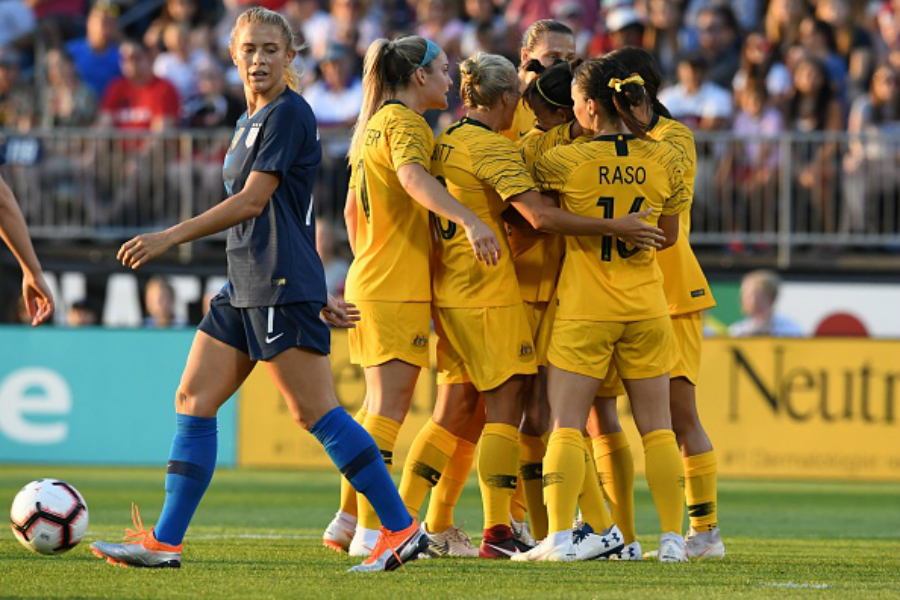