Western United boss Mark Rudan has lauded his side's resilience after another Hyundai A-League turnaround on Saturday night but says the new boys must find a solution to their slow starts.

The Hyundai A-League newcomers went behind inside five minutes for the second week running after Mitch Duke gave the Wanderers an early lead.

But just as they did against Melbourne Victory seven days earlier, United staged an impressive turnaround to secure a 2-1 victory which lifts the Melbourne club into second on the Hyundai A-League ladder.

Andrew Durante restored parity on 12 minutes for United before Kwabena Appiah, deputising for the absent Besart Berisha, scored a second half match winner.

"We certainly have to find a solution," Rudan told FOX Sports post-match. "I'm not happy with it, and we have to be better.

"For the last three weeks we've been analysing it, speaking to players and staff about what we could do differently.

"Without the ball I thought we were very lazy and lackadaisical and not good enough.

"I am proud, the players showed really good resilience. They didn't panic and in the end I thought we thoroughly deserved it - unlike last week where we really had to suffer for it."

Despite the teething problems facing United, there were tremendous positives for Rudan's side on a night the club secured their first home victory.

One of which was the performance of Appiah, who led the line in place of Berisha on his first Hyundai A-League start since the 2017/18 season and scored an excellent match-winner.

Rudan said that Berisha had been rested for the visit of Western Sydney, explaining that the league's all-time top scorer needed to be managed carefully after a short pre-season following his arrival shortly before the eve of the new campaign. 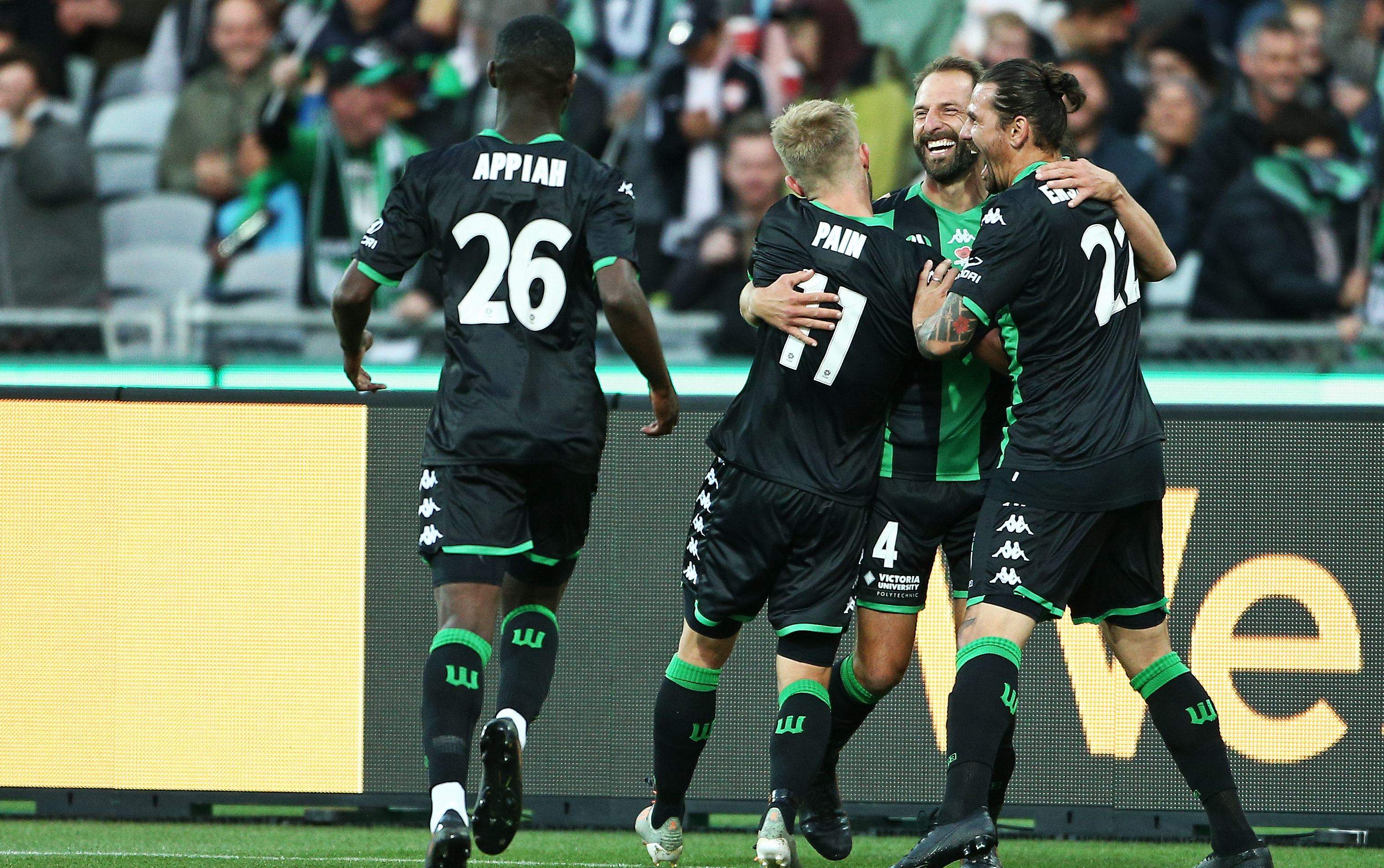 "Besart will be back next week," he said. "He has come into the club only 10 days prior to the first game and we need to be really smart with him.

"He's given a lot of himself in the first four games so it's about managing not just him but everyone else in the squad."

Rudan also added he was unsure about the severity of Panagiotis Kone's injury, who left the pitch in the first half with what appeared to be a hamstring injury.

"We're not sure about him. For him to come off tells you that there's something there, obviously."