After Champions League heroics, Degenek wants to do 'damage' on the road to Qatar 2022

It’s hard to imagine life being any better for Milos Degenek than it is right now.

Just like he did 12 months ago, the Caltex Socceroos defender has again played a decisive role in helping his club Red Star Belgrade qualify for the UEFA Champions’ League Group Stage.

Watch the full interview with Degenek at the top of the page.

Degenek scored a priceless goal on the road against Young Boys in the final qualifying round, with the Serbian giants eventually progressing on the away goals rule.

“It was an important goal because the away goals eventually did take us through. It was my first goal so it was an unbelievable emotion,” Degenek, who signed a new four-year deal with Red Star last week, reflected to soccceroos.com.au.

“It was an unbelievable feeling obviously because it was something I did again in the last round [like this time last year] to help the club qualify for the Champions League which is something I’m very proud of.

“Not many people can say when it most mattered in the club’s history that they stepped up and thank God I stepped up at that time.

“Even this goal the way it went in, whether it was luck, good fortune or sheer brilliance, I don’t know how I lobbed the goalkeeper who was standing on the line.”

Red Star will again take on some of Europe’s elite clubs when they begin their Champions League group stage campaign in a fortnight.

READ MORE: Why Taggart will become even more deadly under Arnold
GOODWIN: Chemistry and competitive edge the launching pad to Qatar

But Red Star aren’t fazed about being on Europe’s grandest stage, having already defied the odds to make it this far.

“It meant the world to us [to qualify for the Group Stage]. Most of us were crying after the [Young Boys] game. It was just pure emotions,” Degenek says.

“It was a massive relief after what we had to go through in the qualifying process. We’ve qualified to the Champions League two years in a row and for a club like Red Star, it’s unbelievable.

“It’s a massive push in the right direction. It’s relief and joy and just excitement of what’s ahead to play in the Champions League again.”

But before he turns his focus to club duties again, Degenek has his sights on making a strong start to the Caltex Socceroos qualification path for the FIFA World Cup 2022™.

Next week’s opening qualifier against Kuwait is the first step in what Degenek hopes will end with Australia making a big impact at the 2022 tournament in Qatar.

“It’s something we believe we deserve to be a part of but not just be a part of, we want to go there and do damage,” he declared.

“We want to go there and be successful and do things no other Socceroos team has done so far.”

Watch the full interview with Degenek at the top of the page.

The monumental hurdle that built Borrello for Bundesliga

The step up that readied Amini to take Caltex Socceroos chance

How City's Guardiola blueprint is set to benefit Maclaren 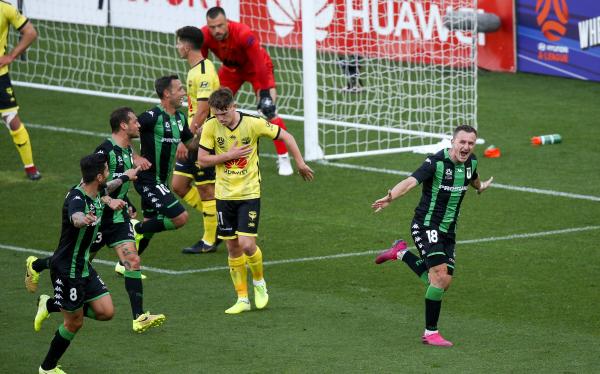 Western United are in need of a hero.