Australia have now progressed to the quarter-finals, where they face Great Britain on Friday night, knowing there are no second chances from this stage on.

Here's everything you need to know about our upcoming match.

Coach Tony Gustavsson and his side have shown their versatility so far, having the confidence to switch formations before their third match, with a back four preferred to the back three seen in their opening two games.

The way Australia have dealt with adjustments in their structure and personnel before important matches, will put them in good stead leading up to a knock-out tie with the Brits.

A strong 2-1 victory against New Zealand to open the campaign, was followed by a 4-2 defeat to Sweden, with the Aussies being the only side to score against the Swedes.

Our attack in the opening two matches was not an issue, with Gustavsson later turning his sights to strengthening the defence, by adding a fourth player into the backline. His decisions paid dividends as the Australians held out a traditionally potent American front-line for a full 90 minutes.

The United States match also saw American-based Aussie Chloe Logarzo notch up her 50th international appearance after a stellar performance in the middle of the park for Australia.

READ: Chloe Logarzo brings up 50 caps for the Matildas

A major shock for all Australian supporters last Tuesday night was the exclusion of Caitlin Foord from the starting line-up, after picking up an injury before the match. The players around stepped up in her absence including teenage star Mary Fowler, with Gustavsson now due a welcome headache when selecting his side for Friday's clash, if Foord is fit.

Foord has shown her importance already in this tournament, with an exquisite assist for Sam Kerr in the Sweden match, just being one of many highlights. Yet when watching our teenage internationals Mary Fowler and Kyra Cooney-Cross, it's hard not to get excited about our future prospects. It will be interesting to see what role each play against Great Britain and who gets selected for the starting side.

One individual who has perhaps flown under the radar on the field, but dominates the statistics, is Australia's Steph Catley, with the forward having racked up 34 passes into the box so far this tournament. Incredibly, that number is 12 more than any other player in the competition and 15 more than Great Britain’s best, Caroline Weir. 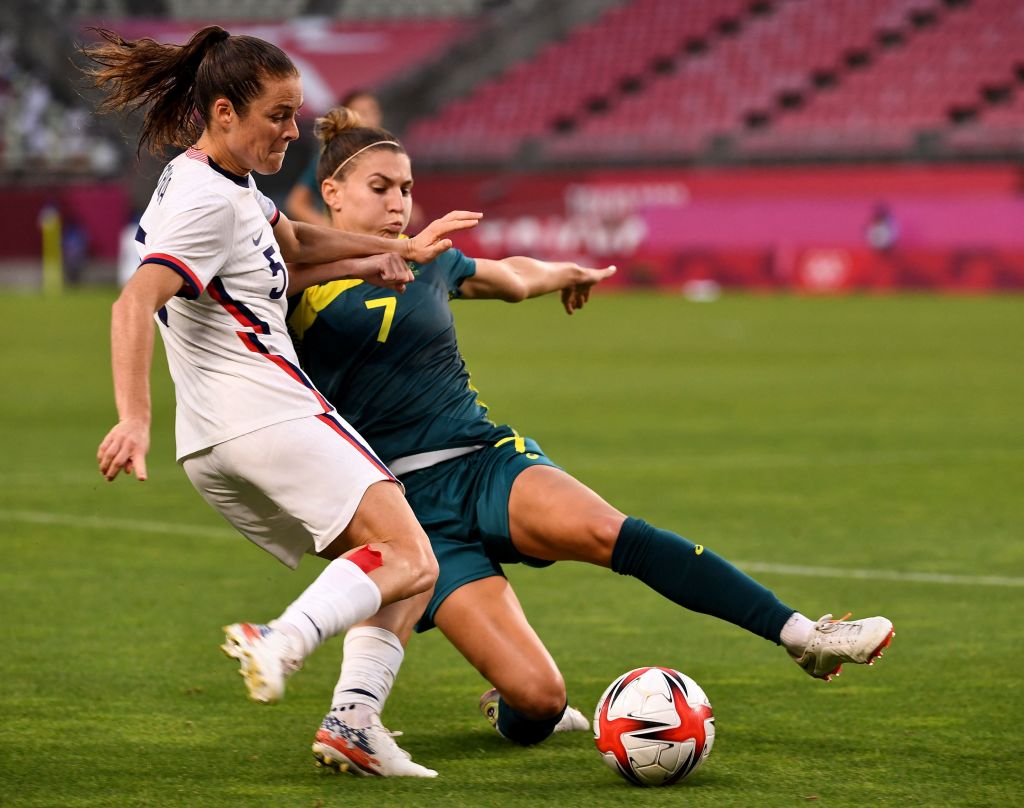 For our earlier Olympic matches, there has been a reflection on the previous meetings played against our opponents. However, this clash will be unique as Australia has never faced Great Britain in any representative international match, with Friday's game also the first time Australia have met any British side since a 1-1 draw against England in October 2018.

Despite this, the Great Britain players and Australian players are quite familiar with one another, with many currently teammates.

The champions of last season's WSL season, Chelsea, will see their iconic forward duo (Kerr and Kirby) face off on opposite sides of the pitch, along with English defender Millie Bright and midfielder Sophie Ingle.

Meanwhile, Aussie trio (Williams, Catley and Foord) will provide plenty of intel on how to play around their Arsenal teammate and defender Leah Williamson.

Further afield, Ellie Carpenter will be among many in Gustavsson's side, who will have the task of controlling English striker Nikita Parris, with the two being former teammates at European giants Olympique Lyonnais.