An overjoyed Craig Goodwin ranked his MARK VIDUKA Medal-winning performance in the FFA Cup Final 2018 as equal to anything previously achieved in his reinvigorated career.

The South Australian wowed a partisan crowd of more than 14,000 people at Coopers Stadium as he struck an exceptional double to secure a thrilling 2-1 triumph over holders Sydney FC.

Goodwin lashed in a stunning free-kick during the first half of a pulsating encounter and, having had his opener cancelled out by Adam Le Fondre, returned shortly before full-time to rifle an unstoppable winner into the top corner off his unfavoured right foot.

It was a decisive display that will undoubtedly lead to clamours for a Caltex Socceroos recall for the tournament’s top scorer, the 26-year-old having netted in each of his four FFA Cup appearances since returning from a spell in the Netherlands.

“It went better than what I expected,” Goodwin grinned in his post-match interview with Fox Sports.

“It’s as good as anything I’ve done in my career. I’ve won the Grand Final with Adelaide but, for me personally, this is as good as that.

“When I came back here after a little bit of a difficult time in Europe this is exactly how I wanted to start things off.

“I’m really happy for myself but particularly for the team as well, because we deserve it.” 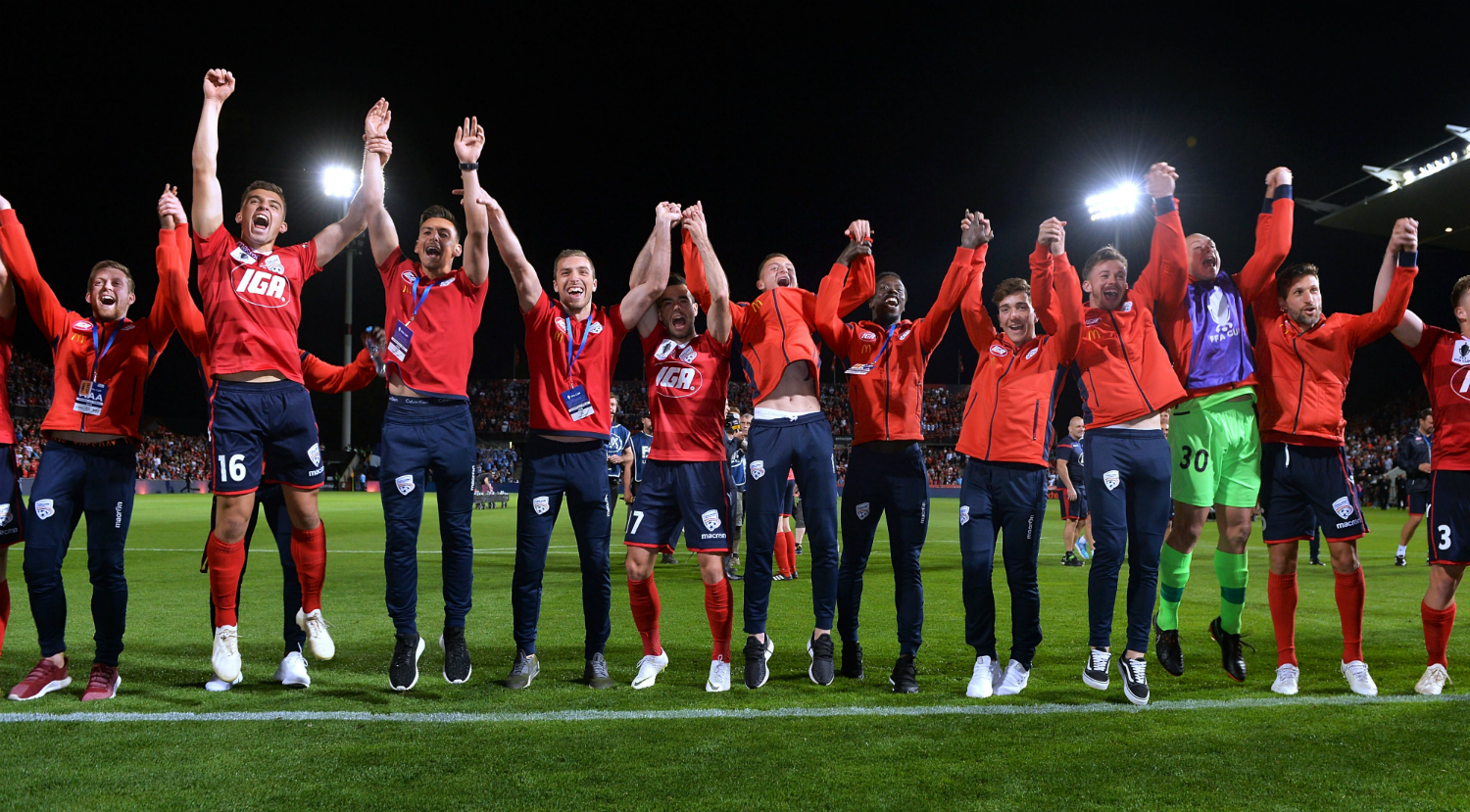 Plaudits for Izzo in the end

Reds boss Marco Kurz was at pains to ensure praise was not centred entirely on Goodwin, whose winner came just over 10 minutes after a vital Paul Izzo save.

The goalkeeper earlier conceded the penalty from which Sydney FC equalised as he tripped Alex Brosque in attempting to atone for Jordan Elsey's weak back-pass - a moment Izzo himself described as a "comedy of errors" - but his performance improved markedly from there.

The young shot-stopper regrouped to get a strong low hand to a Milos Ninkovic shot that seemed certain to give the Sky Blues the lead on the hour.

"Marco stressed how important the second goal is against a team like Sydney and we didn't stop," Izzo told Fox Sports after the match.

It was those impressive moments of concentration that made Kurz look beyond a lone individual for apportioning credit.

Alateheader from Spanish captain Mikel Oyarzabal saw the Olyroos suffer a narrow 1-0 defeat in Sapporo on Sunday night.  The 80th-minute strike split the two sides in a match that where Australia's defence delivered a resolute showing against some of world football's premier

The Olyroos look to book their place in the Quarter Finals of the Tokyo Olympics 2020 men's football tournament when they take on Spain U23 at the Sapporo Dome on Sunday night 8:30pm (AEST). Australia, who sit atop of Group C after defeating Argentina 2-0 on Thursday night, ha

Duke urges Olyroos to maintain energy against Spain in Sapporo

The overwhelming 'belief' fuelling Lachie Wales and the Olyroos

From originally being named as a train-on player, to starting and scoring in the Olyroos Tokyo Olympics 2020 opener against Argentina, Lachlan Wales will never forget the night Australia 'shocked the world'. Western United's Wales kicked off a historic night for the Olyroos as

Growing up, football is what made Thomas Deng feel as though he belonged on Australian shores. And on Thursday, he delivered a performance to help the Olyroos prove they mean business on the international stage.  Australia's unforgettable Olympic victory over Argentina, dur