The Westfield Matildas begin their Tournament of Nations title defence on Friday morning (AEST), with a blockbuster clash against Brazil.

It was at this tournament in the USA last year where Alen Stajcic’s side showed their potential to the whole world by winning all three matches, including an historic victory over the host nation, who were ranked number 1 in the world.

Australia has dominated recent meeting with the South Americans and this promises to be another titanic battle between two of the best teams in the women’s game.

Here’s all you need to know ahead of the Westfield Matildas clash against Brazil.

These two sides have been involved in some epic battles in recent years, including at FIFA Women’s World Cups™, Olympic Games and in friendlies in Australia.

But it was at this tournament 12 months ago where the Westfield Matildas made a real statement.

Needing a point to take out the inaugural Tournament of Nations crown, Australia recovered from conceding an early goal to record a crushing 6-1 win.

The Westfield Matildas then backed it up in two friendly matches on home soil last September, beating the Selecao 2-1 in Sydney and also 3-2 in Newcastle.

Brazil enters the tournament in ominous form having won all seven of their fixtures played in 2018.

Those matches came at the Copa América Femenina back in April, in which the side conceded just two goals and powered to their seventh tournament victory.

Brazil were far too good throughout the tournament, beating Chile 3-0 in the final and clinching big victories over Ecuador (8-0) and Bolivia (7-1) on their way to the trophy.

The Westfield Matildas have also had some impressive results in 2018, including their run to the final at the AFC Women’s Asian Cup.

In a pulsating final, Australia lost 1-0 to Japan with a goal to Kumi Yokoyama six minutes from fulltime.

The Westfield Matildas also took part in the Algarve Cup earlier this year, finishing fourth at the tournament. 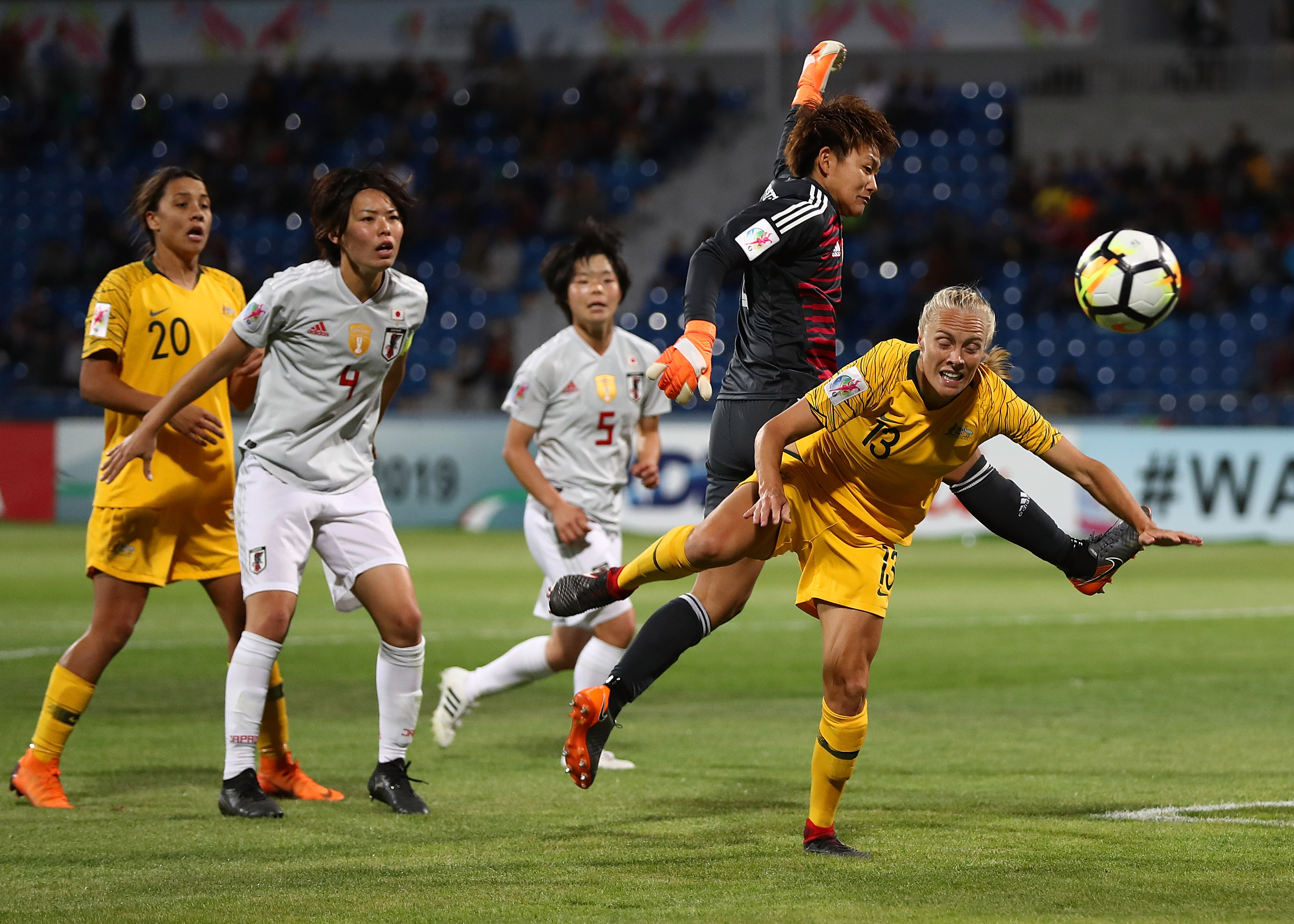 The Westfield Matildas were dealt a blow in the lead-up to the opening match, with defender Steph Catley withdrawing from the squad for family reasons.

Catley’s place has been taken by the experienced Laura Alleway, with the versatile Elise Kellond-Knight now likely to start at left-back against Brazil.

But elsewhere, coach Alen Stajcic has a squad full of confidence and in form.

Hayley Raso scored a superb goal for Portland Thorns in the NWSL over the weekend and will be pushing for a start, while star striker Sam Kerr – fresh from winning a 2018 ESPY Award – should lead the attack.

Kerr dominated this tournament last year and will again be a key figure if the Westfield Matildas go back-to-back.

It will be interesting to see how Stajcic uses young guns Amy Sayer and Mary Fowler, the two teenagers included in the squad after starring for the Young Matildas at the recent AFF Women’s Championships.

Marta: The skipper is Brazil’s all-time leading scorer, amassing an incredible 110 goals from 133 appearances for the national team.

Showing no sign of slowing down at 32, the classy attacker plays for Orlando Pride in the National Women’s Soccer League where she is teammates with Australian duo Alanna Kennedy and Emily van Egmond.

Here we go! A year after the Westfield Matildas’ breakout tournament, they begin their title defence with a clash against a Brazil side out for revenge.

While the South Americans are chasing redemption at this tournament – they recorded a solitary draw in 2017 – they’ll have to improve to stop the Westfield Matildas.

This squad has been looking forward to their chance to face three of the world’s best nations again and the chance to win some more silverware will be a huge motivator for the squad.

With goal threats all over the park – Kerr, Raso and De Vanna to name a few – expect Australia to go on the front foot from the opening whistle in Kansas City.