The groups have been drawn, the matches set, and now Australia has a squad for Tokyo!

With only a few weeks to go until kick-off in the first game against New Zealand, it's time to meet the team that will be representing Australia.

Next up are the women in the backline: the defenders!

Alanna Kennedy is heading to her second Olympics after featuring in Rio. The Macarthur Rams and Campbelltown Cobras junior was one of nine players in the 2016 squad that was under the age of 23.

She spent the 2020-21 season at Tottenham Hotspur, spending plenty of time in the midfield as well as her more familiar centre back role. Kennedy also produced more than a few of her signature free kicks, one of which earned her Goal of the Season at the club.

From debuting as a 19-year-old to now making over 90 appearances for her country, Kennedy has had success across continents. She has won W-League titles with Sydney FC and Melbourne City as well as an NWSL championship with Western New York Flash.

With nine years in the national team under her belt, Steph Catley is another player who will be at her second Olympics when the Games begin in Tokyo.

The past domestic season has been a difficult one for the defender. Her move to Arsenal was plagued by injuries to her ankle and hamstring. She finally received a clean bill of health at the back end of the season.

While her season at Arsenal didn't go to plan, Catley has plenty of runs on the board. She is a five-time W-League championship winner with the two Melbourne clubs. She's also the current reigning PFA Player of the Year as voted by her peers.

A mainstay of the Australian defence, Polkinghorne will be going to her second Olympic Games.

One of three centurions in the squad, Polkinghorne is a rock in the heart of defence.

She spent the 2020-21 season playing for Brisbane Roar in the W-League, helping them to a second-place finish before making the move to Sweden. Signing for Vittsjö in Damallsvenskan, she has featured in all of the team's games so far this season.

Polkinghorne brings not only over 100 games of national team experience but a winning mentality.

She's been present for every one of Brisbane Roar's trophies in the history of the W-League. On an individual level, the defender is a two-time Julie Dolan medallist.

Proof that age is just a number, Aivi Luik is going to her first Olympics at age 36. This comes two years after her FIFA Women's World Cup debut in France in 2019. 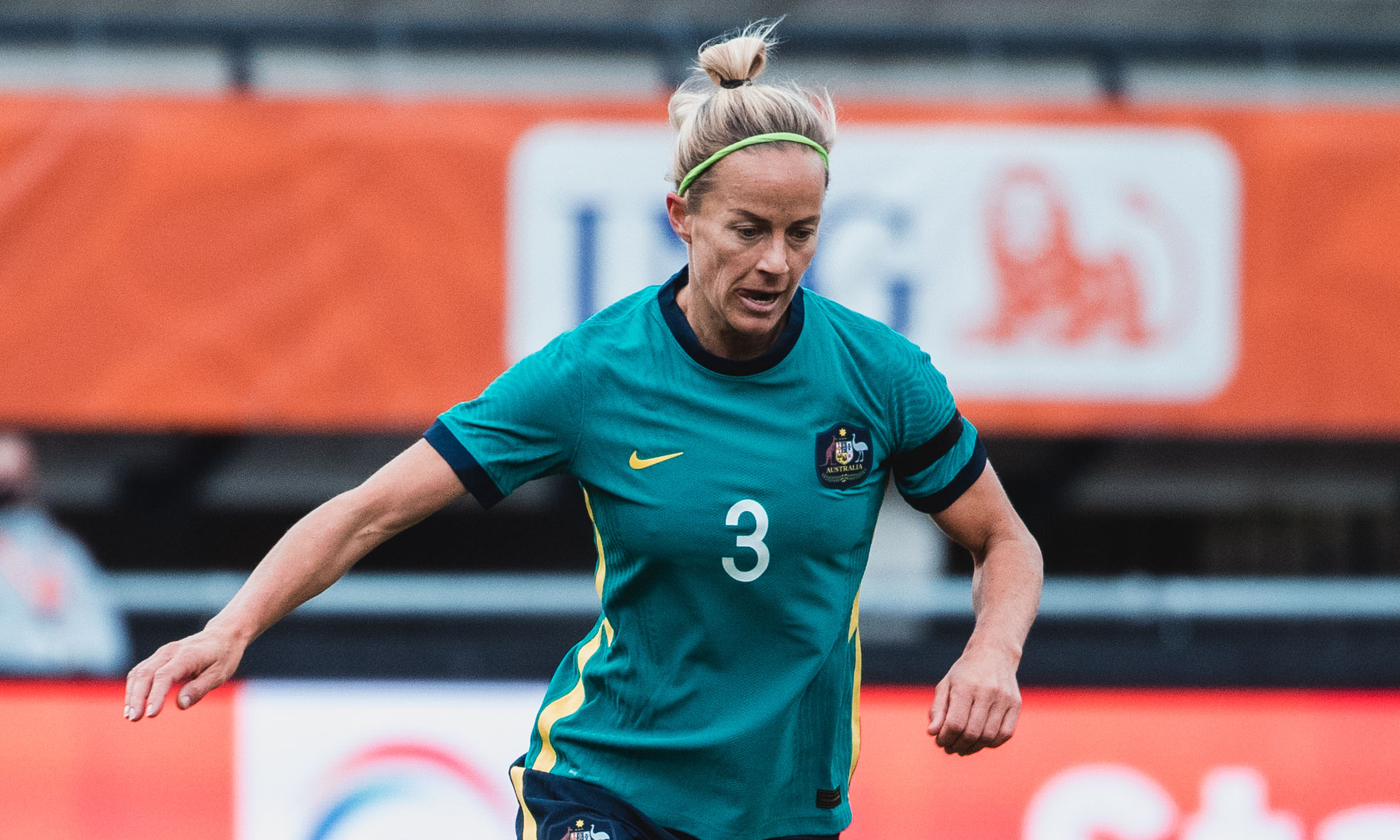 Luik signed for Sevilla for the 2020-21 season and spent a large chunk of the season playing as a centre back. However, the versatile, defensive-minded player can be utilised in multiple positions.

As well as playing in the heart of defence, Australian fans would be more accustomed to seeing her as the deepest lying midfielder.

Luik is a good luck charm at club level playing a part in every trophy Melbourne City has earned in the W-League. She's also featured in a championship in 2011 with Brisbane Roar and a Norwegian league title with Brøndby in 2012.

At Rio in 2016, Ellie Carpenter was the youngest woman footballer to ever compete at a Games and the youngest member of the Australian Olympic Team.

The kid from Cowra spent hours in the car traveling from her hometown into Sydney and Canberra to make her football dreams a reality.

Debuting for Western Sydney in the W-League at 15, she then went on to win three straight W-League Young Footballer of the Year awards as well as a premiership/championship double with Melbourne City.

Now five years older, Carpenter has continued to go from strength to strength. The full-back made the move to Olympique Lyonnais in 2020 and has since nabbed a UEFA Women's Champions League winner's medal and made her debut in that competition.

Domestically, a full season with Lyon ended with a nomination for Young Player of the Year in France and a spot in the Team of the Season.

After injury kept her out of the 2019 FIFA Women’s World Cup and the 2020 Olympic qualifying tournament, Rio 2016 Olympian Laura Brock is back to full fitness and raring to go ahead of her second Olympic Games appearance in Tokyo.

With over 60 caps for her country, the defender made the move to France for the 2020-21 season signing with EA Guingamp. She featured in 18 of 22 matches, helping Guingamp to a fifth-place finish in the league.

Brock has been a mainstay of Australian football winning two W-League premierships and two W-League championships, always playing a pivotal role in the centre of defence.

Courtney Nevin has come a long way from the days of honing her craft against some dad-made goals in the backyard.

After some impressive domestic form prompted a national team debut against Denmark, the 19-year-old is now set to make her Olympic debut at Tokyo 2020.

The Football NSW Institute graduate is one of three players on the Olympic roster who have recently been involved with the Young Matildas and made the step up to the senior national team, after having now represented Australia at Junior, Young, and Senior Matildas level.

The Western Sydney native has spent her entire senior career playing as a full back for the Wanderers in the W-League. In season 2020-21 she played six games.

South Australian Charlotte Grant is heading off to her first Olympics.

Starting her junior career at Cumberland United Women's Football Club, the now FC Rosengård fullback is another of the Young Matildas who has found herself amongst the senior national team.

While she is yet to make her senior debut, she has represented Australia at the 2019 AFC U19 Women's Championship.

Before her move to Sweden, Grant spent three seasons at Adelaide United amassing 34 appearances, including 11 in the 2020-21 campaign.