Craig Goodwin says the Caltex Socceroos are hell-bent on retaining their perfect record in World Cup Qualification as they take on Chinese Taipei tomorrow evening.

Before Australia trained for the first time in Kaohsiung, Chinese Taipei, on Sunday both Goodwin and Dimitri Petratos joined kids from Thunderbirds FC – a local junior club – for a light kick-about in the sweltering heat.

The Caltex Socceroos duo will be up against far sterner opposition in Chinese Taipei on Tuesday, but after winning their first two games in FIFA World Cup 2022™ qualifying, Goodwin says the squad is determined to keep their undefeated record in tact.

“The game just a few days ago was very good so now we’ll be looking to put in an even better performance against Chinese Taipei and keep that perfect record.” 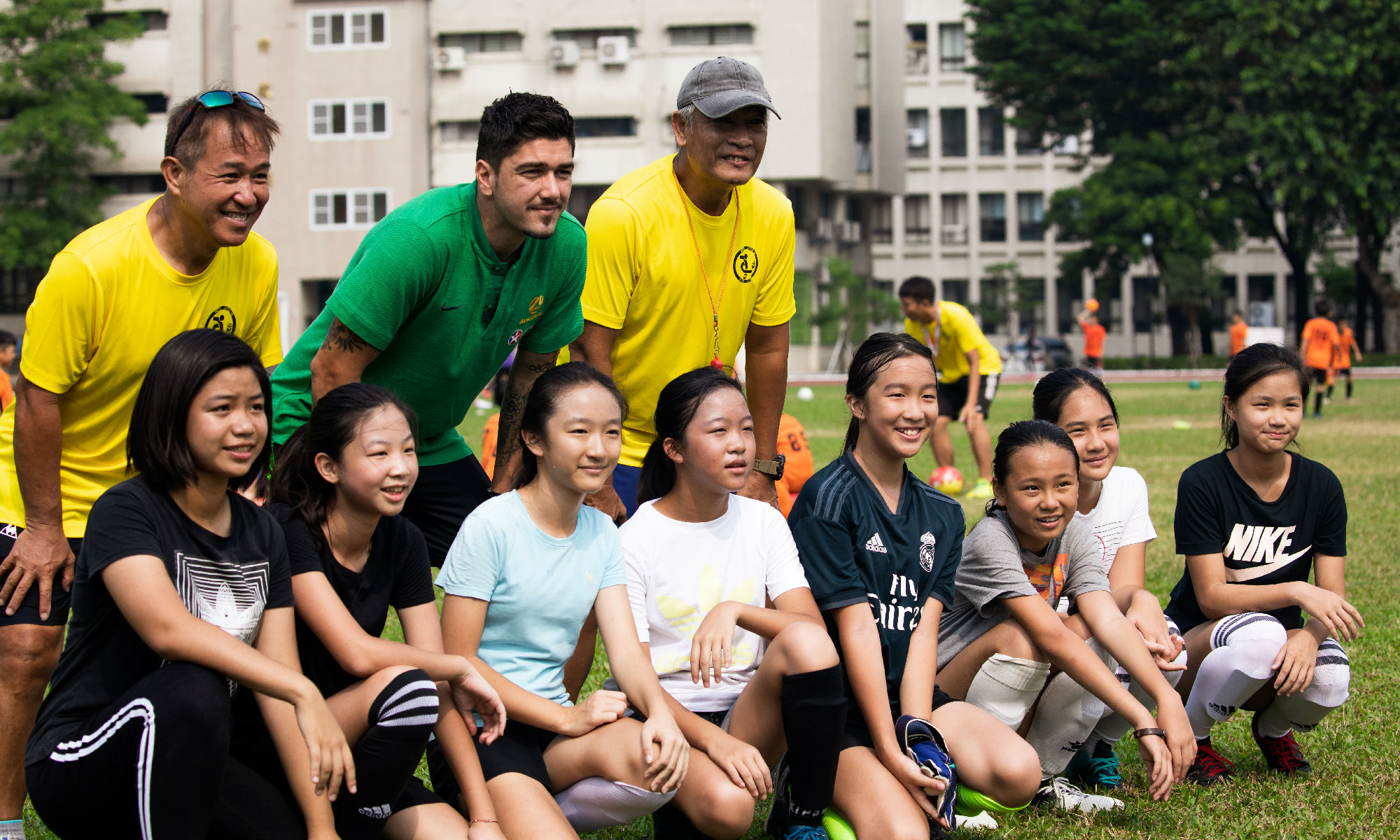 Petratos replaced the injured Massimo Luongo in the squad and was an unused substitute against Nepal, but the Hyundai A-League attacker says he will be putting all of his skills on show in training to push for minutes against Chinese Taipei.

“It was unlucky for [Luongo] to be injured but I think it’s just precautionary for him,” Petratos said.

“I’m glad to be called back in and be amongst the boys and show what I can do in training.”

Petratos’ call-up to the national squad was perfectly timed as Newcastle had a bye in Round 1 of Hyundai A-League action over the weekend.

“It worked out perfect for myself to come in, I didn’t miss a game,” Petratos said.

“I watched the games, it was a good first round.”

After arriving in Chinese Taipei on Saturday night both Petratos and Goodwin were more than happy to brave the intense heat to meet the kids from Thunderbirds FC on Sunday morning.

Spending such a brief window in the country Goodwin says heading out to the community is an important aspect of the Caltex Socceroos journey as he and his teammates hope to inspire the next generation of international footballers.

“We are here with the kids, getting up a bit of a sweat but we’re raring to go,” Goodwin said.

“I think it’s important at club level but internationally as well.

“These kids look up to us as well and see us as role-models so it’s important to five back to the community and I guess always remember where we’ve come from.”