Victory beat the Jets 1-0 at McDonald Jones Stadium on Saturday evening and Merrick said afterwards that it was “disappointing” not to get a handshake from Muscat following the final whistle.

Merrick said that Muscat “sprinted in the opposite direction over to his fans” and “that’s just the way he is”.

ANALYSIS: How Antonis and Honda helped Victory steady the ship
REPORT: Victory up and running courtesy of Antonis stunner
WATCH FOR FREE: How to watch the Hyundai A-League LIVE and FREE

The Newcastle coach added that he did not know whether Muscat had seen him coming, but that ex-Sydney FC boss Graham Arnold had been in a similar boat on previous occasions.

“I think you can ask Graham Arnold the same question,” he said.

“He had some trouble getting a handshake as well.

“I was looking forward to a handshake - he’s the one that disappeared.

“I mean, I don’t make a big thing of it. It’s just disappointing, really. He won the game. [He] should be happy.” 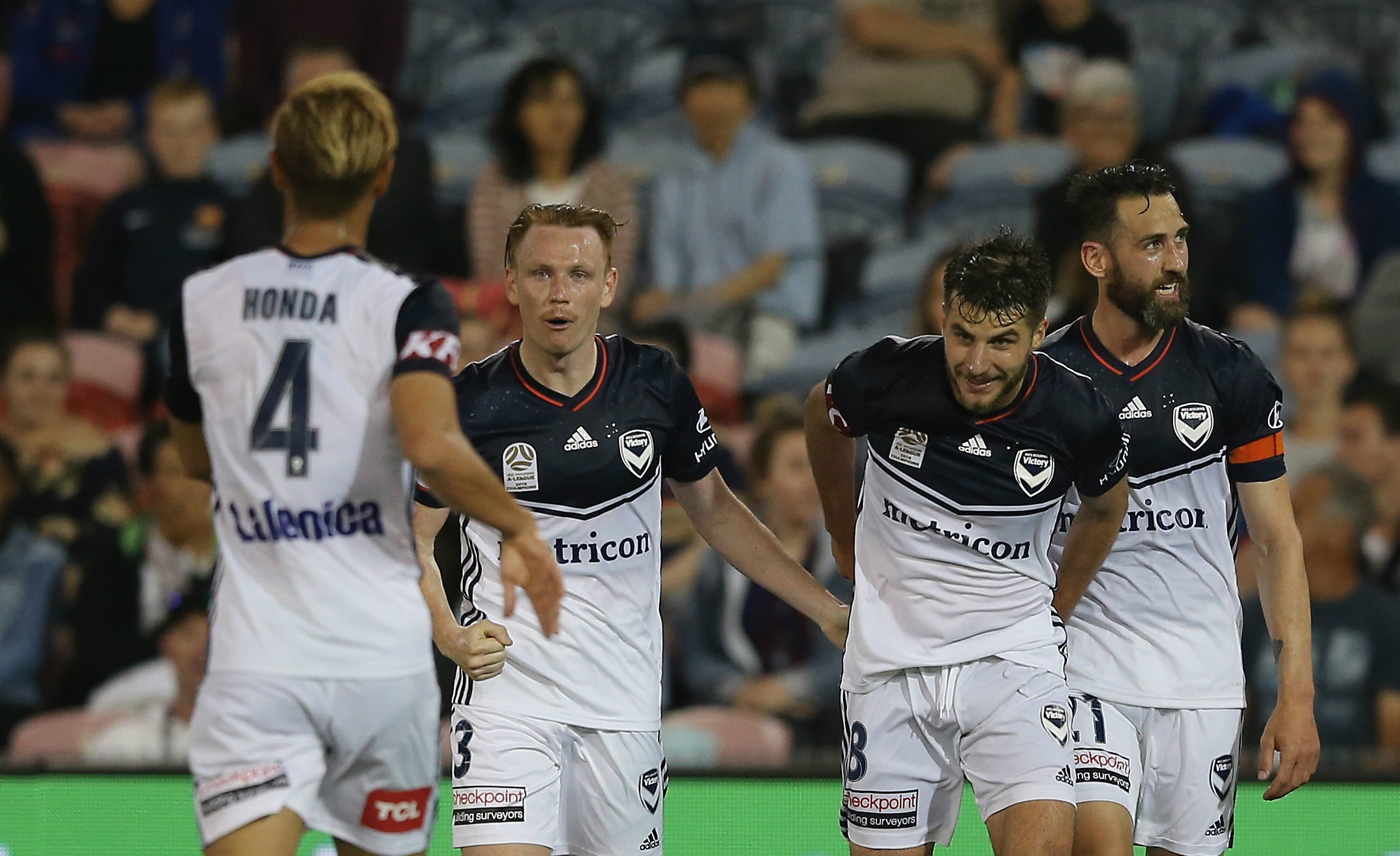 But Muscat was not impressed when told by a reporter at his post-match press conference that there was the suggestion Merrick went to shake his hand but had been “declined”.

“I declined? He was brushed? I’ll get the footage, you give me your contact number and I’ll send you the footage. That’s a lie.

“I was also waiting for a handshake prior to the game and there was none, which normally happens when you’re the home team.

“If you watch the footage, I shook … all the officials’ hands and all their players’ hands. So it is what it is.

“I don’t mean to jump down your throat but if you’re going to assassinate someone’s character, I know you’re only passing the message, but it’s a lie.”

The win was Victory’s first of the 2018/19 Season, leaving Newcastle still searching for their first three-point haul of the campaign.