Hyundai A-League Team of the Week - Round 1

The new stars of Western United were among those who delivered in Round 1 of the Hyundai A-League.

But who else impressed on the opening weekend?

We've assessed the best contenders, and opted to - in the same fashion of the league's newest team - assemble our Team of the Week in a 3-5-2 formation.

Do you agree with our selections? Let us know!

Lopar was a commanding presence throughout Western Sydney’s return to Wanderland but the 34-year-old sprung into action in the final 20 minutes to play a vital role in the 2-1 victory.

The Swiss gloveman denied Jordan Murray when the Central Coast Mariner was clean through on goal, and made a pair of stoppage-time saves from Jack Clisby and Ziggy Gordon to seal all three points.

If winning back his Caltex Socceroos place is an ambition of Risdon's this season, Western United's inaugural win over Wellington Phoenix was a great start.

Risdon got forward effectively and it was his lovely first time volley which teed up Besart Berisha's match-winner. He also won three tackles, made five clearances and two interceptions. High energy, high class from a player who will only benefit if Mark Rudan's preference for the new boys is for a three-man defence with wing-backs.

Pain could also profit from Rudan's three at the back formation this season. The former Central Coast Mariner created three chances on the night and particularly during the first half, made Phoenix fullback Louis Fenton's return to Hyundai A-League action a tough one - as evidenced by his role in Berisha's strike. 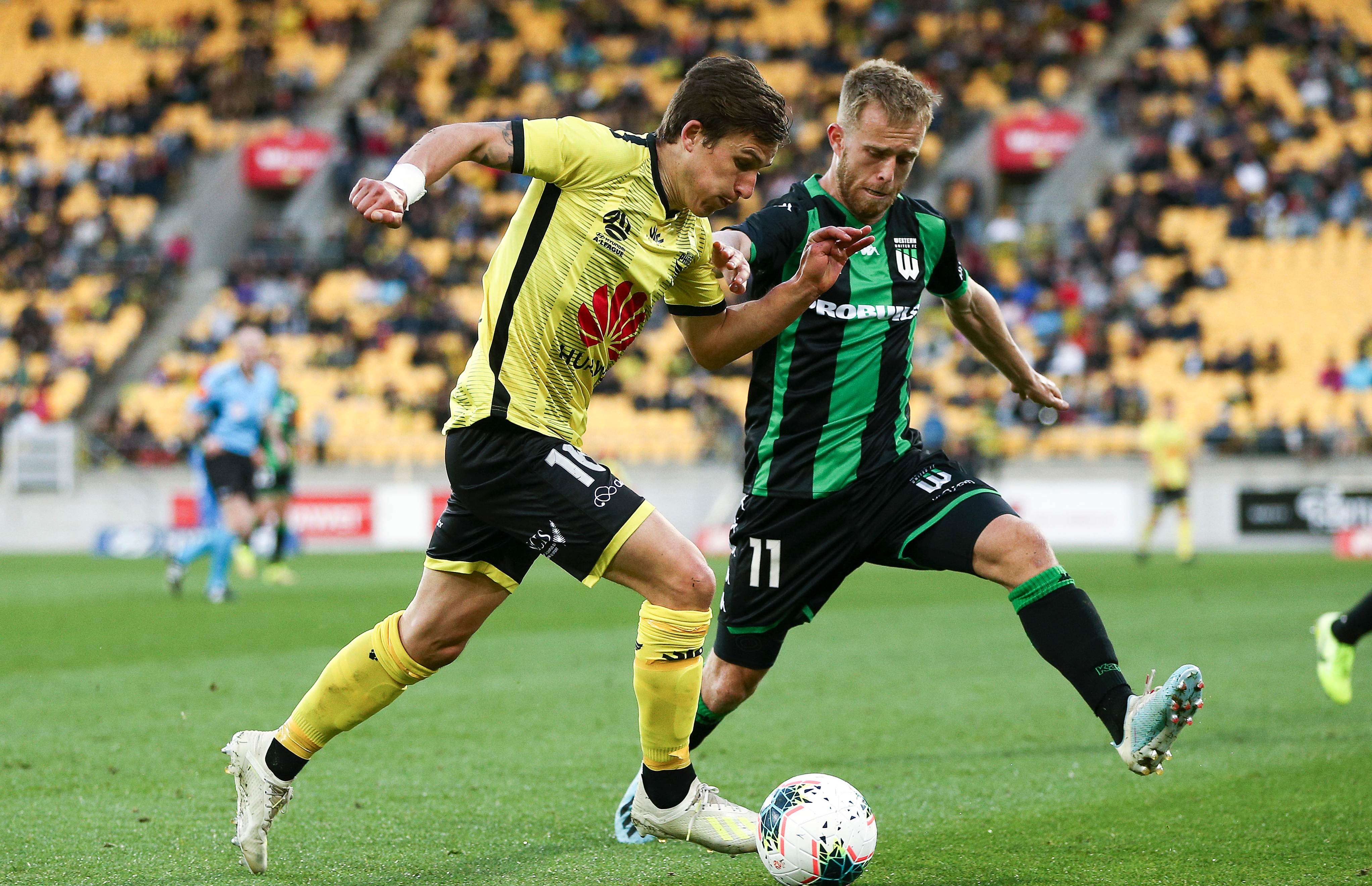 Durante returned to the club that helped him become a Hyundai A-League legend on Sunday, and showed he'll be the bedrock of Western United's inaugural tilt.

This was the ex-Phoenix stalwarts 314th appearance in the competition, but there was never any indication of decline or rust from Durante on his Wellington comeback. A backs to the wall performance helped repel wave of Phoenix pressure late on, and saw Durante tally six clearances and two interceptions. 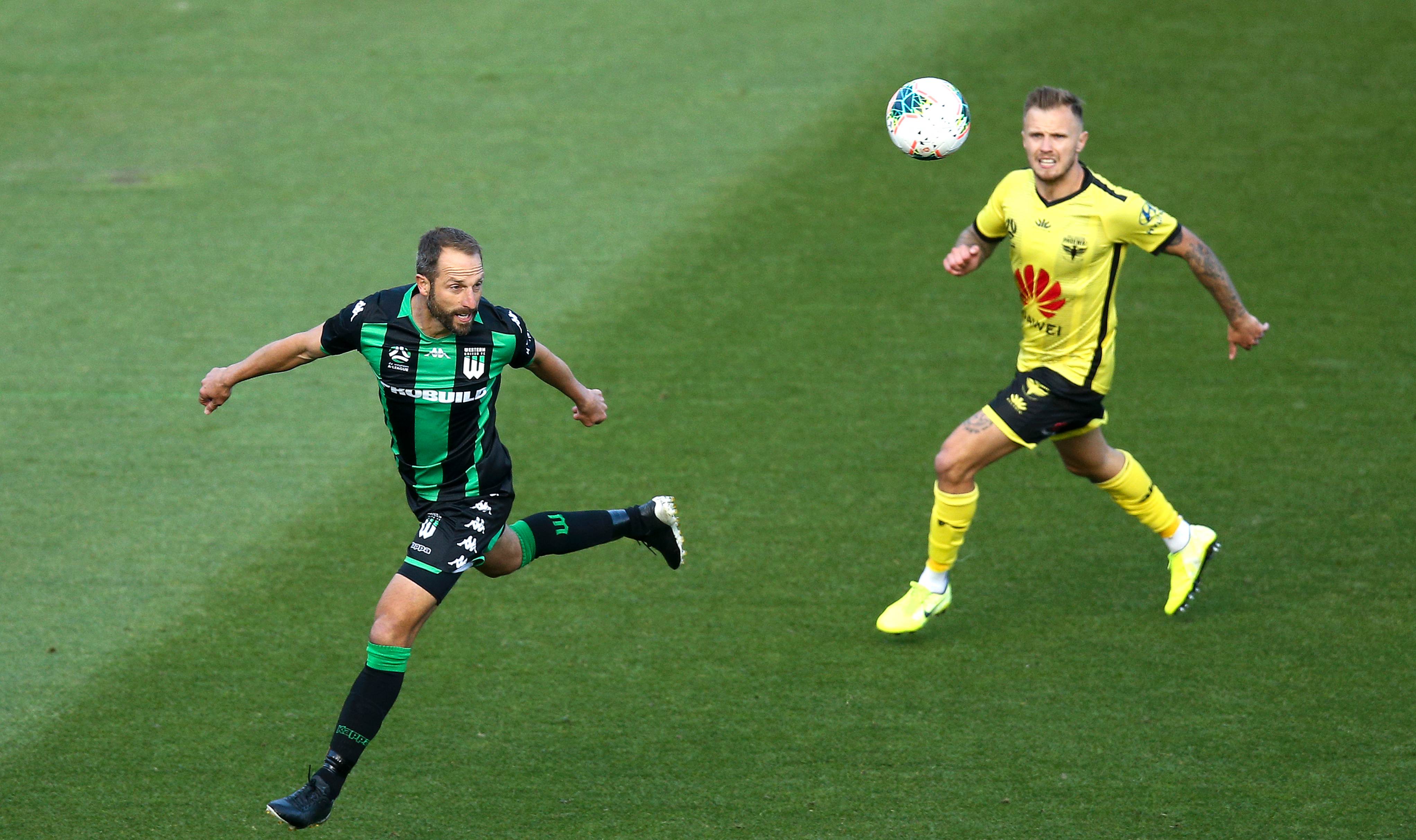 After struggling with the pace of Chris Ikonomidis early in his debut, Gillesphey showed great character and assuredness to help Brisbane settle and dominate the second half of Roar's late stalemate with Perth Glory.

No one touched the ball more in Sunday's 1-1 draw, nor did any of his teammates top the Englishman in tackles won (2), clearances (6) or interceptions (2).

Delbridge was a tower of strength on Saturday against a formidable Victory attack boasting Ola Toivonen, Elvis Kamsoba and Andrew Nabbout.

He dominated the penalty area, winning 67% of duels, while also making 11 clearances and three interceptions.

Delbridge didn’t shirk the verbal side of things either, involved in a fiery exchange with Toivonen in stoppage-time as City held firm in the derby. 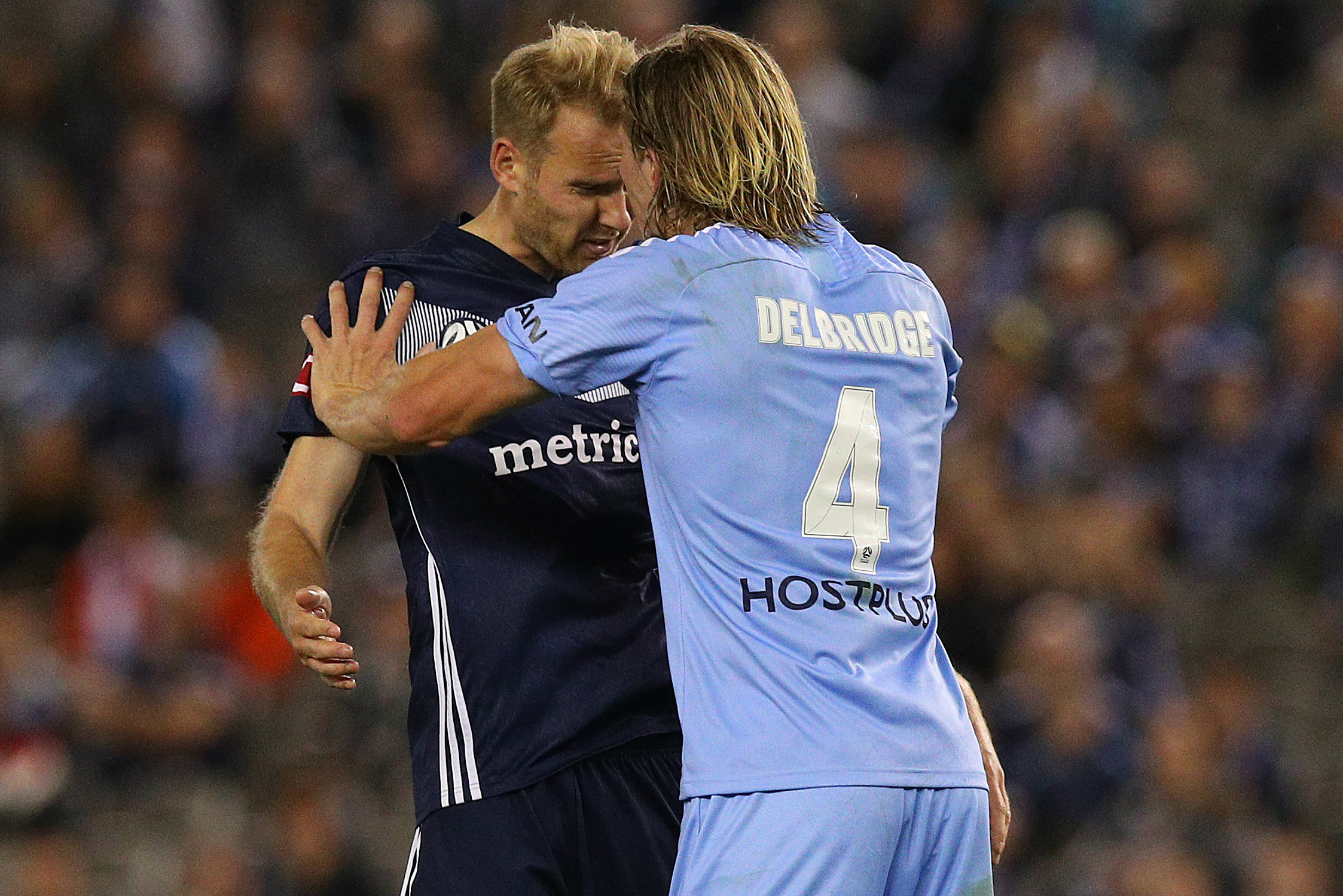 His international teammates Panagiotis Kone and Alessandro Diamanti may have arrived in Australia possessing more star-power, but it was the Croatian Jertec who set the tempo for Western United's first ever win.

With Kone and Diamanti ahead of him in midfield, Jertec provided a necessary counter-weight between defence and attack, knitting it all together at a passing accuracy of 87%. He also dug deep to help steer his side over the finish line, making five clearances and two interceptions.

Kosta Barbarouses and Alexander Baumjohann have added new dimensions to Sydney's attack, but it is still Ninkovic who weaves it all together.

The Serbian playmaker was at his most dynamic in his side's triumph over Adelaide, with his effortless glide through the Reds defence for Adam Le Fondre's second a real moment of quality.

Ninkovic rolled up his sleeves too: topping the match in duels won (14) and interceptions (3) to ensure the Sky Blues got over the line.

Brisbane's improved second half performance against Glory allowed O'Shea to influence affairs more directly in WA. And eventually, the Englishman would make the defence-unlocking difference late in stoppage time with his perfectly weighted clip to Aaron Amadi-Holloway resulting in Roy O'Donovan's equaliser.

One of 10 crosses he made on the night, and most of them were right on the money.

Clever interplay, instinctive movement and predatory finishing: this was Le Fondre to a tee.

The Sydney striker won and scored his side's penalty, was in the right place to tap home the second, and it was his willingness to put Ryan Strain under pressure which resulted in the Adelaide defender's hashed clearance and momentum-crushing red card early in the second half.

He is now the third-quickest player in history to reach the 20-goal milestone. Le Fondre set the bar high with 18 goals in his debut campaign, and the Englishman looks likely to match or better that tally again for Sydney this season - especially given the quality of service he will be offered by Barbarouses, Baumjohan and Ninkovic.

Duke was the difference between Wanderers and Central Coast Mariners at Bankwest Stadium.

The Caltex Socceroo created four chances, and delivered one moment of magic and one moment of composure to earn Western Sydney their dream homecoming.

He reacted fastest to be first to Pirmin Schwegler’s 41st-minute corner, heading the equaliser after Milan Duric’s goal had crashed the party five minutes earlier.

Then Duke stepped up with the weight of Western Sydney on his shoulders and delivered an ice-cold penalty kick on 82 minutes to clinch a historic victory.