Adelaide United defender Ryan Strain wants his side to ride a wave of momentum heading into the FFA Cup Final 2018 on Tuesday night.

The Reds will face Sydney FC in a re-match of last year’s decider at Coopers Stadium but not before hosting Newcastle Jets in the Hyundai A-League on Friday night.

Strain said that winning and avoiding injury were equally important as the Reds begin a big week of preparation.

“The league is very important as well so we go full steam into this game and hopefully we don’t pick up any injuries,” Strain said.

“I think we’ve to take it just one game at a time.

“And hoping we get the victory and then everyone is fit for the game on Tuesday.” 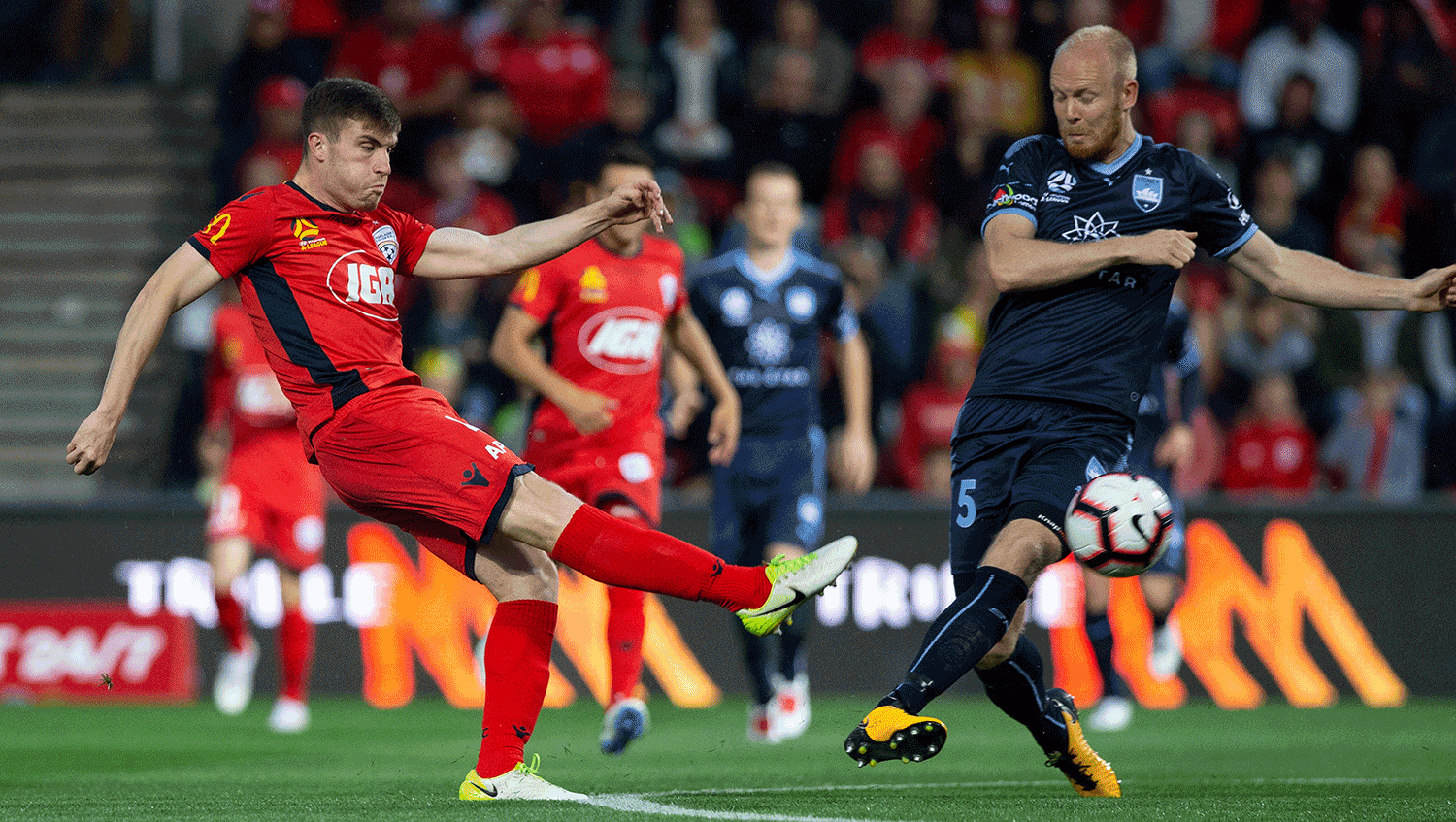 While hopeful of avoiding injuries, Strain stressed that Marco Kurz’s squad were well equipped to deal with any unfortunate knocks.

That includes players playing out of position as Strain himself found out in last week’s Hyundai A-League opener against Sydney FC.

Predominately a fullback, Strain lined up at right wing before switching back to defence.

“So I think as a professional footballer you should be able to play a few positions and coming through my youth ranks I played in centre midfield, right-back and right-wing.

“But I don’t mind wherever the coach puts me I’ll play."

Strain praised the mentality of the playing group, saying the ultra-competitive nature would serve the Reds well heading into their date with destiny.

“We’ve got a very big squad this season,” he said.

“It’s very competitive, everyone has to train well because if you don’t you’ll lose your spot.”