Steph Catley: We finally have the chance to show what we're made of on the biggest stage

Defender Stephanie Catley spoke with media ahead of the Matildas' first-ever Olympic semi-final, sharing that their quarter-final win against Great Britain was the Matildas' greatest moment so far, with the team looking to create more history as they head into the medal rounds of the Tokyo 2020 Olympics.

"I would say that's probably the best ever. I was thinking about it last night and I haven't felt like that with this team ever before," Catley shared when asked how their 4-3 Olympic quarter-final ranked in terms of Matildas' moments.

"I think we've always had that monkey on our backs about quarter-finals, because we've never made it further than that and I just knew, that at some stage, this team was going to be capable of going further.

"It was really nice to be able to do that in such a high-pressure game and obviously, the Olympics is such a major tournament, so it's definitely up there with the best moment of my career as well as just playing for the Matildas."

With a podium position on the line, Catley said the teams' focus is on their semi-final against Sweden.

"Now we're in the final four anything's possible, but we've got another game to get through," Catley said, shifting the focus from talk of gold medals to the task in front of them.

"I think the last game against Sweden, was actually quite even, we created so many chances and I think we did limit them to not as many chances," she said.

"They're very, very clinical and there were things we look back on, that could have been so much better and we know we're better in those areas, so I think it's going to be a brand new game.

"It's going to be a top-quality game between two sides that are really doing well right now, so we just can't wait to get out there," she continued.

"We're dreaming big and we believe we can beat anyone on a given day."

Catley was asked how big of an advantage she felt Sweden has going into the semi-finals considering they've been able to rotate many players and they didn't need to play extra time like the Matildas did in the quarter-finals.

"At this stage in a tournament, everybody in the squad is important and I think we have really, really good depth and players that we can rely on at any given point and I think we've prepared for everything.

We knew coming into the finals, that we could play extra time, so we've done the work, we've done the preparation for that fitness-wise. Everybody's healthy, and everybody's fit, so we feel good no matter what minutes we've played."

When speaking about what the team will be looking to improve ahead of their second meeting against Sweden defensively, Catley said the team have discussed where there were weaknesses and learned from them. 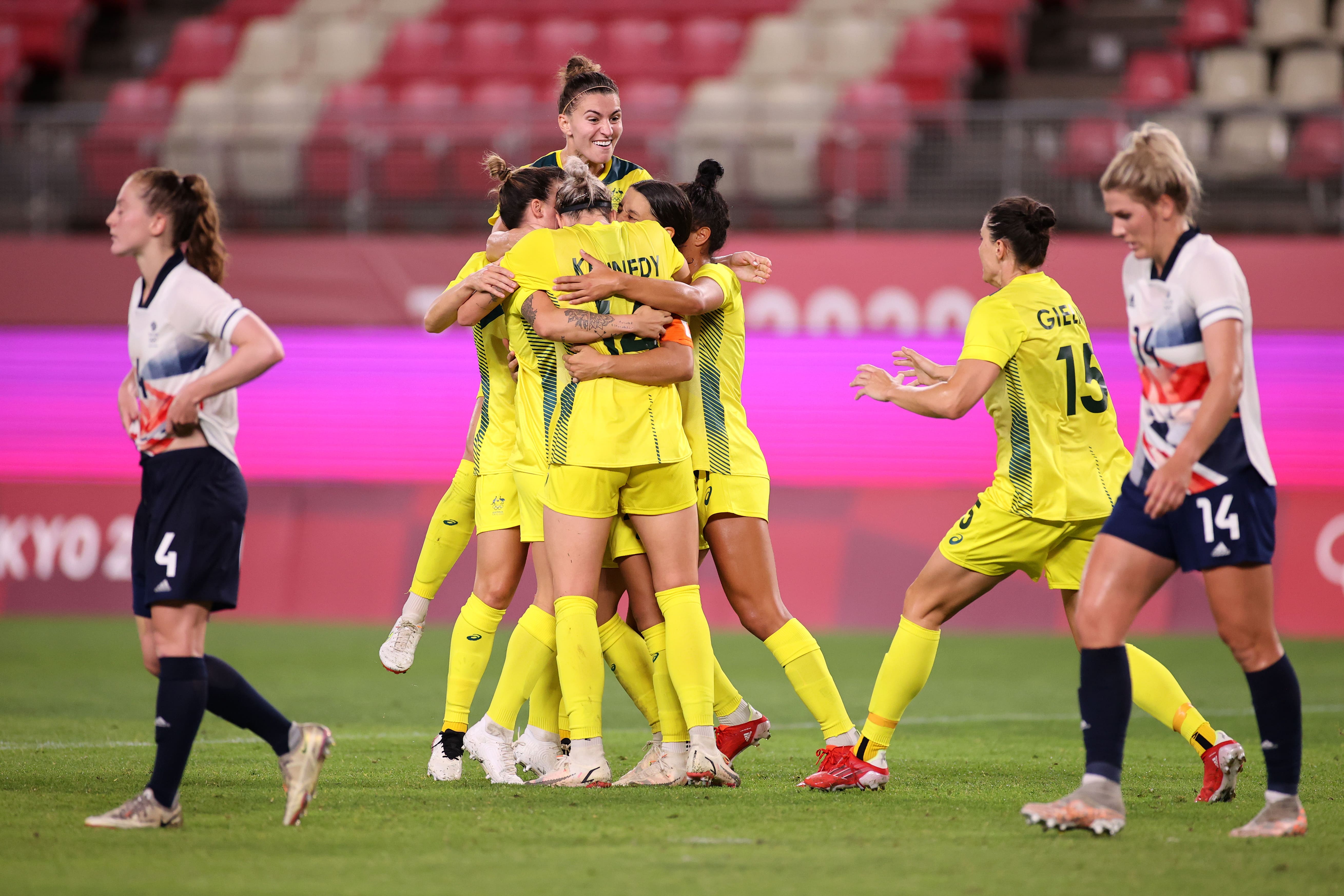 "We obviously have conceded a few goals from different areas and we've spoken about them," she said.

"There's been a few [goals] that we've conceded from set-pieces and the second ball that's coming in from there, so there were a few organisational things that we've gone over, but I think as a whole, our defending has been quite organised, and everyone's very confident in how we're playing and what we're capable of doing defensively.

"I think it is just those little things off set-pieces and switching off in moments where we shouldn't and we've discussed all those moments and I think we've learnt a lot coming into these final games."

Catley went on to praise teammate and goalkeeper, Teagan Micah, for her part in helping the Matildas progress this far in the tournament.

"It's been really nice, Teagan's obviously not got much experience at this level, but you wouldn't know it looking at her in the goal," she said.

"She's quick off the line, she can make big saves, she just brings a confidence that when you look back there you know that she's in control.

MORE: Teagan Micah voted POTM and CadburyAU Moment & a Half of the Match!

"She's been a breath of fresh air and she's doing really well, she's been brilliant, so that definitely gives us confidence."

Catley was asked how important and special it is to the team, knowing that the Matildas are in contention for a medal and have made history, breaking the barrier into the final four of a major international tournament.

"It's massive, because this team has always had so much belief in what we were capable of, and going into so many tournaments, we truly have believed that we're competing as one of the best, but we haven't gotten to that point, [semi-finals] so to actually break that barrier, and to get into the final four of a major tournament is massive for us," she said.

"We have so many quality players in this team, so many game-winners and to be able to show that now on the biggest stage and potentially compete for a medal is just really amazing and I'm so happy that this team has finally gotten to that point and we really have the chance to share what we made of on the biggest stage."