She follows in the footsteps of Westfield Matildas team-mate Larissa Crummer and fellow teenager Remy Siemsen in snaring one of Australian football’s most prestigious accolades.

“I’d like to thank my club, Canberra United, my coach Heather Garriock, and my team mates. I couldn’t have done it without you guys.

Having moved from Western Sydney Wanderers in the off-season, Carpenter quickly established herself as a player of immense value to Canberra United.

Her immediate impact on Heather Garriock’s side was recognised with the club’s Player of the Year award, won for a standout season in which the Canberra boss described her as a “born leader”.

This latest tribute comes as no surprise.

Carpenter was a rock for Canberra throughout the 2017/18 Season, contesting over 100 hundred duels and making 15 clearances.

Her versatility was a feature, too, as the 18-year-old regularly stepped into midfield, which resulted in a fine return of two goals, two assists and nine chances created.

No other Canberra player managed double figures in both goals and assists, suggesting the 21-time Australia international could be set for a more permanent stay further afield.

Regardless of her position, there can be no doubt over the bright club and international future of the newest NAB Young Footballer of the Year. 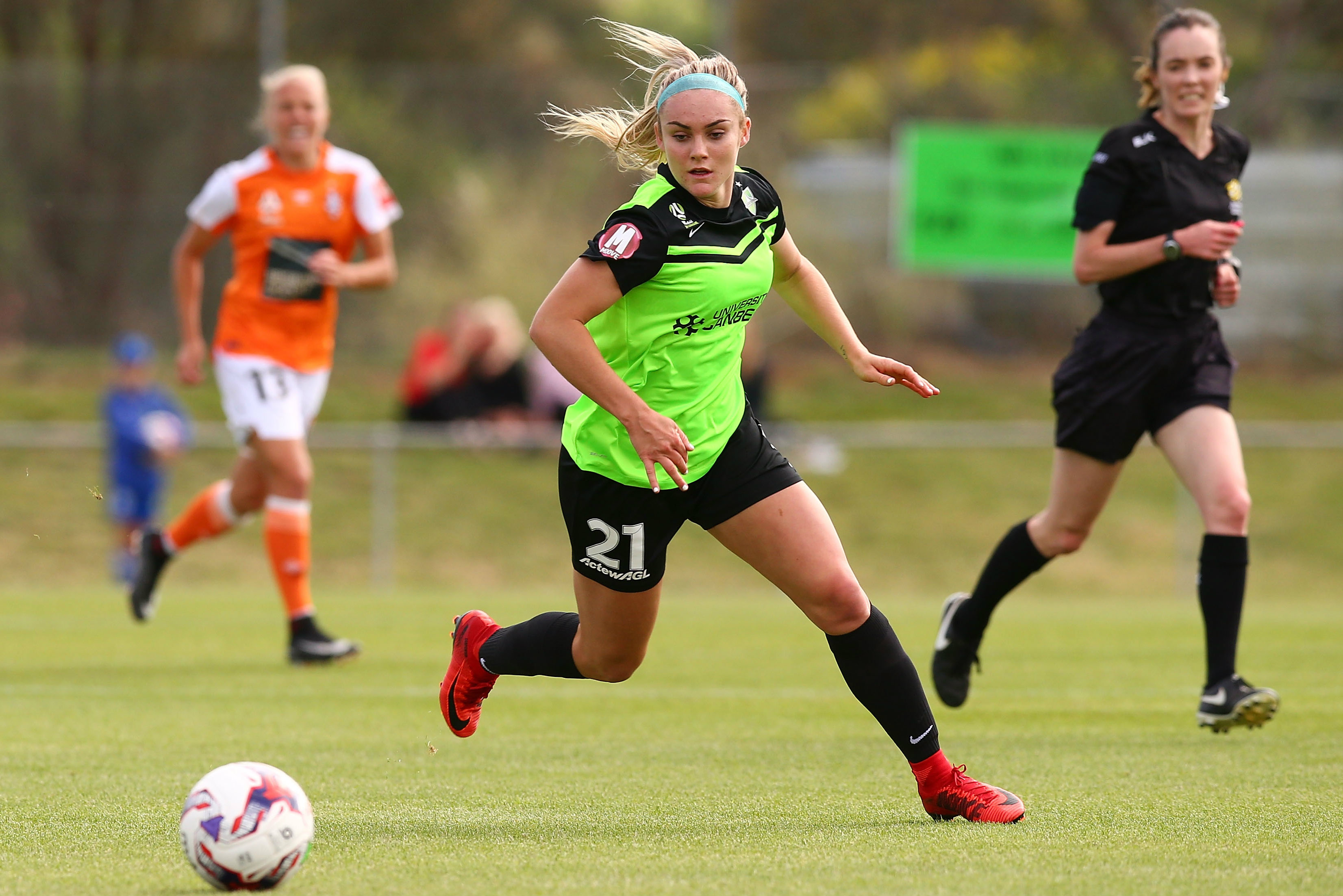