The stats behind Australia's semi-final against Sweden

Our Matildas get a second crack at an Olympic medal this Thursday night, after competing in their first ever semi-final. Let's look at some of the stats from the Sweden game and our tournament overall.

Heading into the semi-final rematch against Sweden, Tony Gustavsson's team were aware that history was not on the Matildas' side. Australia had won only two of their last 15 internationals against European opposition (D4, L9), with those two victories for the Matildas coming against Great Britain (4-3) at this Olympic Women’s tournament and Norway (4-3) in 2018.

Sweden had also won 64% of their women’s internationals against Australia (9/14), the second highest rate of any team to have faced the Matildas more than once, with the United States topping that list with 83%. Despite the record, Australia entered the match with plenty of fight and belief after overcoming their European hoodoo against Great Britain three days earlier, combined with the fact that the Aussies had pushed Sweden further than any other team so far, in their group stage match.

Despite the semi-final defeat, many football fans heralded the positive and expansive style that the Matildas showcased, choosing to take the game to the Swedes rather than sit back. The approach shows a belief within the squad, that they can match it with the best sides technically, as some of the individual stats show.

Australia had 14 total shots in this match, only once have they made more in a game at this Olympic Games (17 v New Zealand).

Defender Steph Catley already lead the competition for successful crosses and long passes, adding to her total with 12 crosses during the Sweden match. That figure is the second highest for any player in an individual match at these Olympic games, with the crown for that stat going to, you guessed it, Steph Catley (13 v New Zealand).

Second-half substitute Kyra Cooney-Cross incredibly finished the Sweden match with a passing accuracy of 100% (11/11). This is the second most passes by any player in a game at this Olympic Women’s tournament to involve a perfect completion record (Nicole Momiki – 13/13 for Japan v Great Britain). 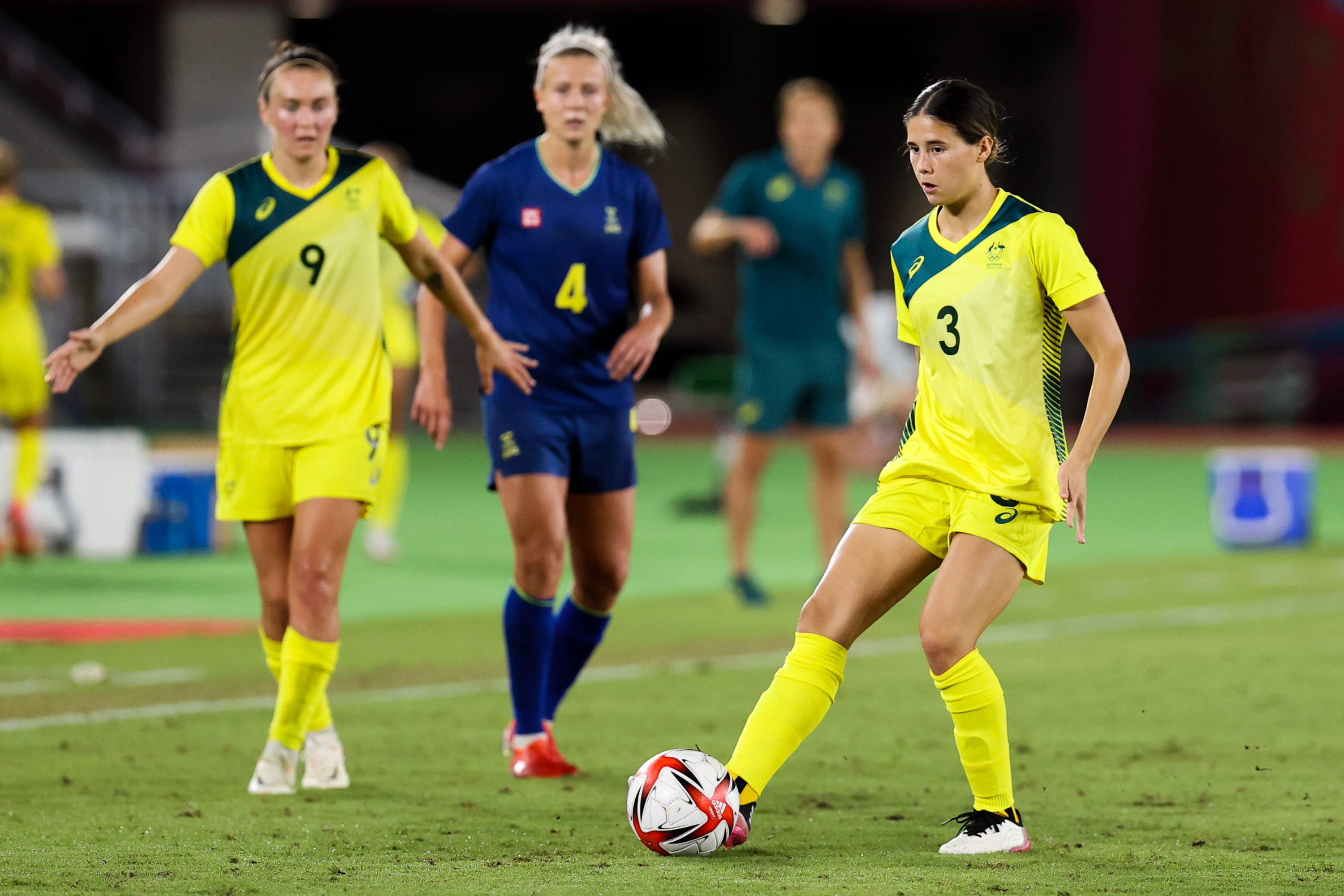 Across the tournament, the Matildas have shown their resilience in games, often regaining leads after being behind and fighting late when tiredness would overwhelm most sides. The 2020 Olympics statistics prove that fact, with 75% of Australia's goals across the tournament coming either in the last 15 minutes of the first half or the last 15 minutes of the second half.

No doubt that consistency at the end of matches will come in handy, with plenty of top class internationals on the horizon, as the team prepares over the next two years, for the 2023 Women's World Cup.

One stat that we will hopefully be speaking about after the United States Bronze Medal match is the all-time Matildas goalscoring record. Australia's captain Sam Kerr currently sits equal on 47 with Matildas legend Lisa De Vanna at the top, having also become Australia's greatest Olympic goalscorer of all time at Tokyo with 6 goals.

A single goal is all Kerr needs to take the all-time international record out-right, with her next opportunity coming against a devastated United States outfit, after their shock semi-final defeat. There is no better time but Thursday night for Australia and Sam Kerr to rewrite history against their American rivals.