The bulk of the Westfield Matildas’ squad for Australia’s important set of fixtures against China PR, Chinese Taipei, and Thailand at the Five Rings Sports Centre in Wuhan will assemble in Sydney for a training camp prior to departing to China, with foreign-based duo Sam Kerr (Chelsea FC) and Emily Gielnik (FC Bayern Munich) to meet their teammates in Hubei Province prior to the start of the tournament.

Australia will need to finish either first or second in Group B of Asian qualifying to advance to the final phase of matches for a place at Tokyo 2020, which would consist of a home and away play-off against Korea Republic, Vietnam, or Myanmar in early March 2020.

“We have a great amount of experience in our squad, as well as some emerging talents, and I expect us to perform strongly in Wuhan,” Milicic said. 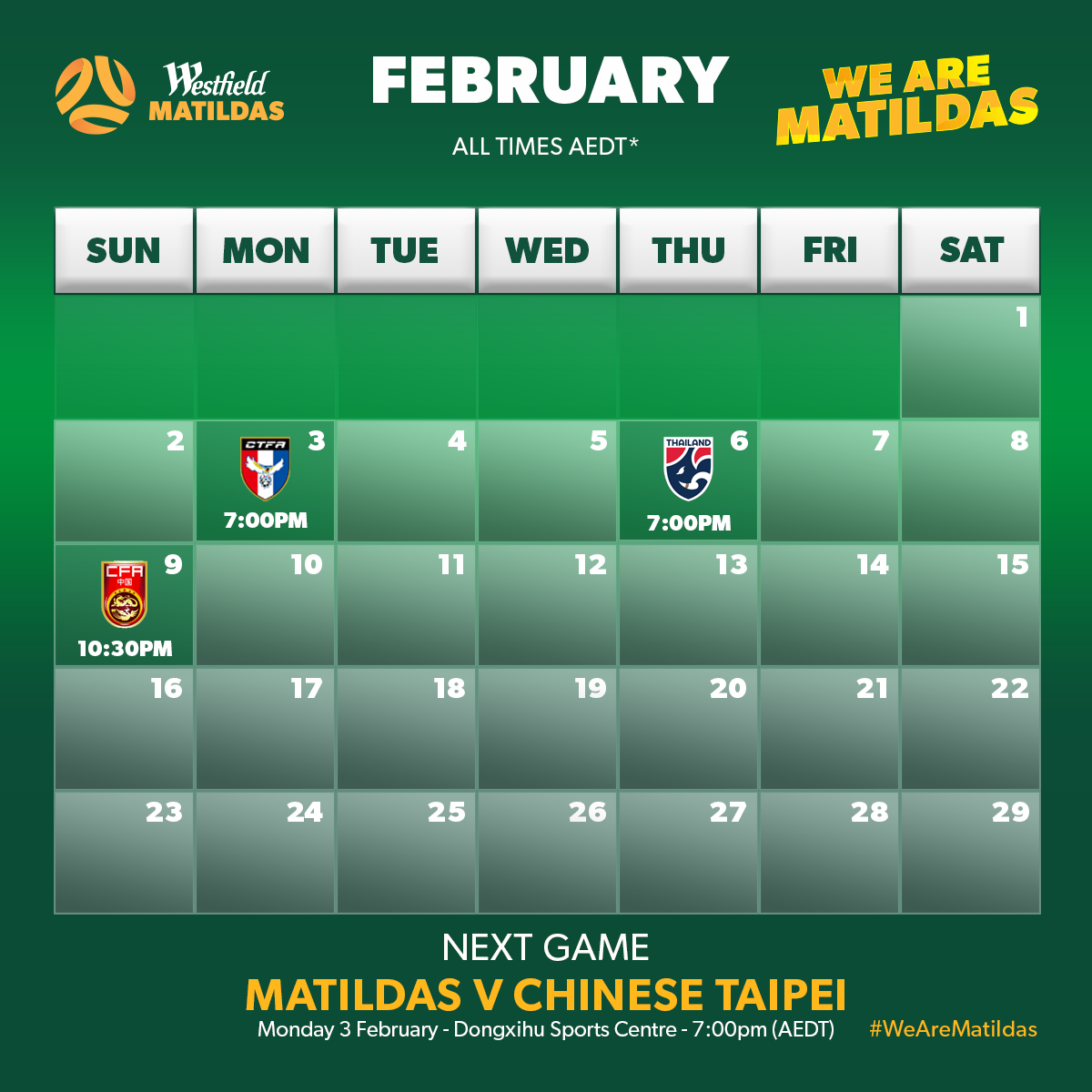 “Together with my staff I have been keeping a very close eye on the Westfield W-League, and it is pleasing that many of our players have produced strong performances in the competition over the past two months.

“The great amount of consistency within our squad from November’s series against Chile in Sydney and Adelaide means that we will be able to continue to make progress with many areas of our play from the moment we convene in Sydney as we build up to these crucial qualifiers.

“With only twenty (20) places in this squad and eighteen (18) for Tokyo should we qualify, every player will need to show her best in this upcoming camp and help the nation take another step towards the Olympic Games,” he said.

The Westfield Matildas’ training camp in Sydney will be held between January 20 and 27, with the team to depart for China on January 28.

Australia’s games in Wuhan will be held on February 3, 6 and 9, with ticketing and broadcast information to be advised in due course.