After Perth lost out on the signings of Andrew Nabbout and Nathaniel Atkinson to Melbourne City, thewest.com.au reported that last season’s 13-goal club top scorer Fornaroli had been linked with a move to Melbourne Victory.

But newly-appointed coach Garcia was quick to squash the rumours, claiming the Uruguayan frontman will remain in Western Australia and form part of his plans after his promotion from the youth team dugout to replace the departed Tony Popovic.

“Bruno is very happy here and we've made him aware that he's a wanted player,” Garcia told AAP.

SQUAD UPDATES: All of the players signed for A-League 2020/21 Season
ANNOUNCEMENT: Start date confirmed for the A-League and Westfield W-League

Garcia will seek to lift the spirits of the 2018/19 Premiers, who slipped to sixth place in last season’s protracted campaign and fell in the Semi Finals in a 2-0 reverse against eventual Champions, Sydney FC.

The Western Australian outfit played the post-lockdown period without their inspirational captain Diego Castro, who was stood down by Popovic after a heated contract dispute, owner Tony Sage revealed to ftbl.com.au.

The Spanish maestro has one year remaining on his current deal, and Garcia explained that the 38-year-old Glory legend and the club are now on the same page.

“A lot of the misunderstandings have been ironed out,” Garcia added.

“It was just about sitting down with Diego and discussing what we thought was his future going forward and the same with him also speaking on his behalf about what he thought.” 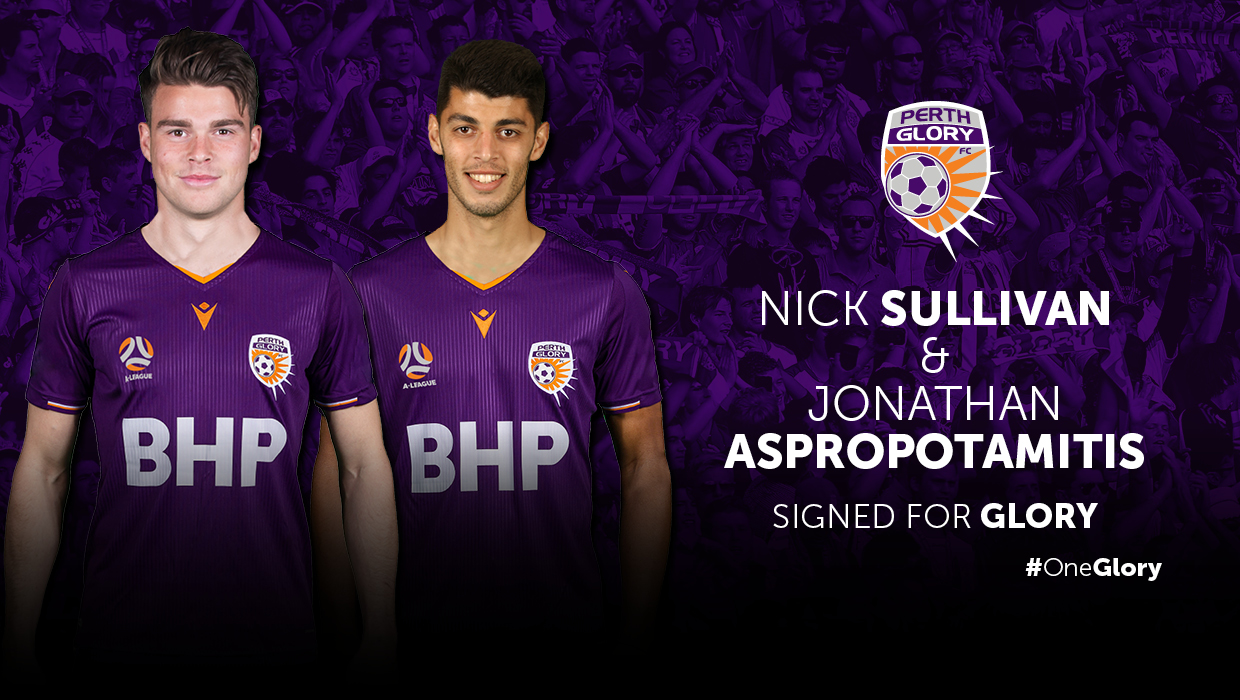 Glory will continue their 2020 AFC Champions League campaign in Qatar in November following a nine-month delay due to the global COVID-19 pandemic.

New recruits Aspropotamitis and Sullivan are set to be involved in the Middle East as Perth take on Shanghai Shenhua of China, Ulsan Hyundai of Korea Republic and FC Tokyo of Japan in Group F at Education City Stadium in Doha.

“Jonathan has always had a good reputation and enormous potential and we’re confident that he can fulfil that potential with us,” Garcia said in a club statement.

“Nick is an industrious midfielder who is very good defensively which is going to be important for us this year.”

Glory have also welcomed the returning Andy Keogh and Brandon Wilson back to the club during the off-season.

MACARTHUR FC: All to know about the A-League newcomers ahead of debut season
NEW KITS: Every club's released jerseys so far for A-League 2020/21 Season