Round 1 moments you may have missed: Wellington’s cheeky response to Western United FC’s classy act

The Hyundai A-League may have seen some heroic moments on the field during Round 1 but now it's time to catch up with all of the action on social media.

We cover everything which may have flown under the radar around the Hyundai A-League as 10 our 11 teams got their season's under way.

Rudan's reaction says it all

Former Wellington Phoenix coach Mark Rudan admitted in advance of Western United's first ever Hyundai A-League match that he expected a frosty reception when he returned to Westpac Stadium.

His facial expression in this perfectly-timed image suggests one Nix fan may have cut close to the bone! 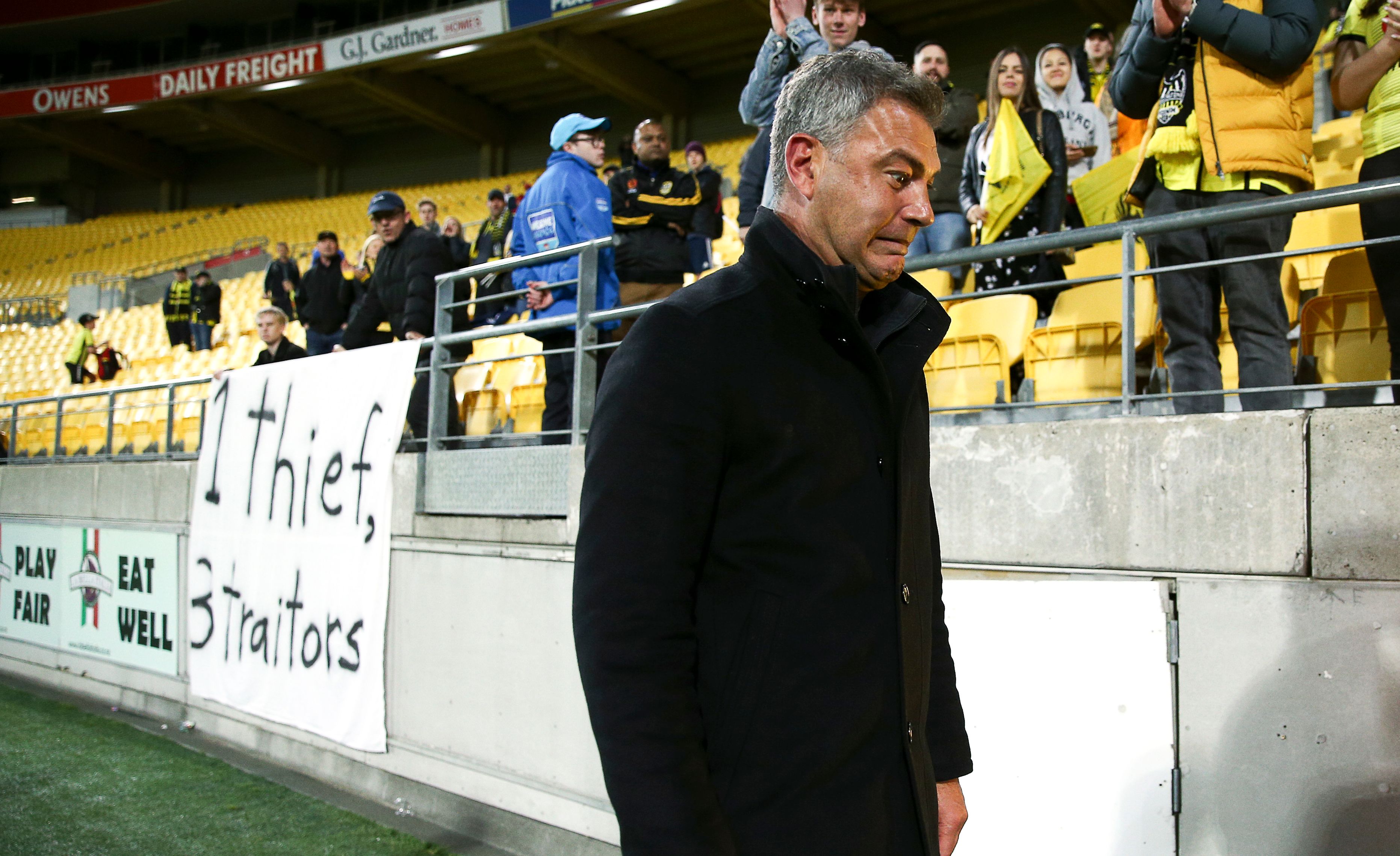 It was always unlikely that Rudan and company would make many new friends in the Kiwi capital as Western United kicked off their inaugural campaign with a historic 1-0 win.

The Victorians did their best to win over the Westpac Stadium cleaners by leaving the away dressing rooms spotless after Besart Berisha's match-winner.

A classy move like tidying up your own mess earns the newcomers some brownie points, although a humble brag on social media definitely takes a few of those away!

Wellington responded to their brand new rivals in the only way they could:

Speaking of classy, one man was out to impress as Western Sydney Wanderers strutted into Bankwest Stadium for the first time in the Hyundai A-League.

The homecoming party was only just getting started when Babbel revealed his fresh swag. Mitch Duke's double pumped up the volume and the captain led by example during the celebrations.

Check out Duke throwing his freshest shapes from an even jauntier angle...

For many, it's time to leave a housewarming bash when somebody cracks the karaoke out. That must have been Daniel Georgievski's fear when teammate Vedran Janjetovic grabbed the mic.

Exciting Central Coast teenager Sam Silvera might still be perfecting his own game but it turns out his talent extends way beyond his explosive pace and tricky feet.

Central Coast keeper Mark Birighitti could not save the day for the Mariners in Western Sydney as Duke converted the match-winning penalty.

If only Birighitti was able to see this new technique innovated by Perth Glory's mascot, Rocco, he may have stood a chance.

The Glory's season started on the front foot when Chris Ikonomidis fired Tony Popovic's men ahead at HBF Park.

The Aussie attacker even stopped to enjoy an imaginary cuppa, although he was not the first goalscorer to put the kettle on.

From a civilised celebration to a no nonsense reaction, Melbourne Victory's captain Ola Toivonen was not mixing his words when asked about Mark Bosnich and Robbie Slater's analysis.