Road to the FFA Cup Final 2019: D-Day looming in NSW as shocks continue in Victoria and Queensland

We’re approaching the business end of the FFA Cup preliminary rounds, with the first qualifiers for the Round of 32 to be confirmed on Wednesday, June 5 in NSW.

Abbas Saad’s Olympic, the current focus of our Road to the FFA Cup Final 2019 series, narrowly avoided a cup boilover in the last round against Nepean FC and will need to lift their performance against the Stallions.

WATCH: Incredible scorpion kick keeps Bulleen alive as Victorian clubs close in on Round of 32
ROAD TO THE 2019 FINAL: Great rivals face off for FFA Cup Round of 32 berth

Current NPL leaders Wollongong Wolves are also on the cusp of a spot in the Round of 32, coming up against fellow NPL outfit Mt Druitt Town.

All matches will kick off at 7.30pm (AEST) on Wednesday evening.

Down to the last two in ACT after gripping semi-finals

Canberra FC are just one win away from a second straight appearance in the FFA Cup Round of 32 after surviving an almighty scare against ANU on Wednesday night.

The battle for a spot on the national stage between Canberra FC and Tigers FC is set down for Saturday, June 15 at Deakin Stadium (kick-off TBC).

It’s been a massive 24 hours of FFA Cup action in Victoria, as two of the state’s powerhouse clubs have been eliminated from the competition.

Avondale – quarter-finalists in 2018 – were bundled out by Melbourne Knights, going down 2-1 after extra-time on Tuesday.

Then on Wednesday night, 2014 FFA Cup semi-finalists Bentleigh Greens also dropped out as they lost 2-0 against Hume City.

Both goals were scored by former Melbourne Victory striker George Howard in a frantic two-minute period at ABD Stadium.

St Albans Saints needed 120 minutes and a monumental fightback from 2-0 down to get past Geelong SC, with Anthony Katoforis scoring the winner in the first-half of extra-time.

Bulleen Lions, South Melbourne, Altona Magic, Moreland Zebras and Oakleigh Cannons are also through to the last eight in Victoria.

The draw for the final preliminary round of matches has yet to take place, with the winners of the upcoming ties to be the state’s four representatives in the Round of 32.

Giant-killers one of four fighting for glory in South Australia

Amateur side Elizabeth Downs are one of four teams fighting for the lone qualifying spot in South Australia, and they face another huge test in next week’s semi-finals.

Downs, who pulled off a massive shock by beating NPL SA side MetroStars in the last round, take on three-time NSL champions Adelaide City at the Parks on Tuesday, June 4.

The winner of the two semis – both played next Tuesday – will meet in the June 22 decider looking to join Adelaide United and NPL champion Campbelltown City as the state’s entrants in the Round of 32.

Gold Coast Knights are just one win away from a return to the national stage after pulling off the biggest result of the recent preliminary round.

The Knights came from 2-0 down to beat NPL giants Peninsula Power 4-2 after extra-time on Friday night, with former Hyundai A-League star Mitch Nichols amongst the scorers.

Another club with history in the FFA Cup – Brisbane Strikers – now stand between the Knights and a second-straight appearance in the Round of 32.

Gold Coast Premier League side Surfers Paradise Apollo will have to get past NPL outfit Olympic FC if they want to make the last 32, while the other two clashes see the Logan Lightning meet the Coomera Colts and Magpies Crusaders take on Brothers Townsville.

The winners of those matches – set down for the weekend of June 7-9 – will be Queensland’s four representatives in the Round of 32.

Devonport Strikers are within one win of the FFA Cup Round of 32 for the third time in four years after doing just enough to squeeze past lower-league University on Saturday.

The Strikers scored in each half through Miles Barnard and Ignacio Giampaoli, holding off a fast-finishing University to win 2-1.

The second semi-final on Sunday was a more one-sided affair as a scintillating South Hobart crushed Olympia Warriors 5-2 at Darcy Street.

Ben Hamlett took the match-ball home after netting a superb hat-trick for South on a memorable afternoon for the club.

The final between Devonport and South Hobart – which brings with it a spot in the Round of 32 for the winner – will be played on Monday, June 10 at KGV Football Park.

Down to the business end in WA

Fremantle City were the last team to book their spot in the last eight in Western Australia after a comfortable 6-0 win over Warnbro Strikers on Wednesday night.

Fremantle, who play in the second tier in WA, have been drawn to play NPL outfit Sorrento FC in the next round, set down for Monday, June 3.

There are two spots in the Round of 32 up for grabs in WA, with the winners of the four quarter-final clashes to face off in winner-takes-all ties on Saturday, June 15.

This week’s Round 6 draw in Northern NSW has thrown up a blockbuster tie between the current top-two sides in the local NPL.

Broadmeadow Magic and Edgeworth Eagles are no stranger to featuring in the latter stages of the FFA Cup but only one will be there in 2019 after the sides were pitted against each other in a colossal match-up.

It means the region will have a new representative in the FFA Cup Round of 32 this year, with none of the other six clubs having played before on the national stage.

All remaining ties in NNSW will be played over the June long weekend.

All eyes will be on Darwin Football Stadium on Tuesday, June 4 as University Azzurri meet Casuarina in the first Top End semi.

University, who crushed Port Darwin 4-1 in the last round, will be heavily fancied to advance to the decider.

The four remaining clubs are vying for the lone qualifying spot from the Northern Territory. 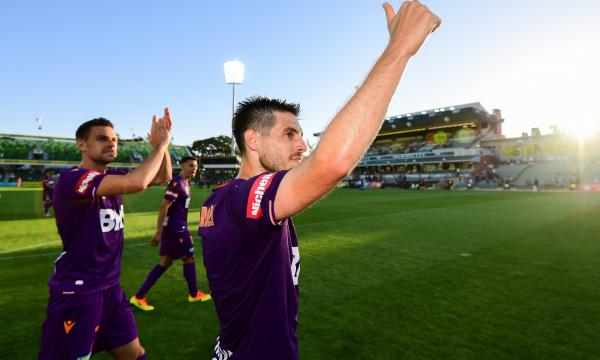