The Caltex Socceroos player ratings for the new EA Sports FIFA 20 video game have been revealed ahead of Australia’s FIFA World Cup Qatar 2022 qualifier against Kuwait.

Ryan's Brighton teammate, midfielder Aaron Mooy, comes in with the second-highest rating with an overall rating of 74.

View the ratings of players currently in the Caltex Socceroos squad below!

Click here for all the Australian FIFA 20 player ratings. 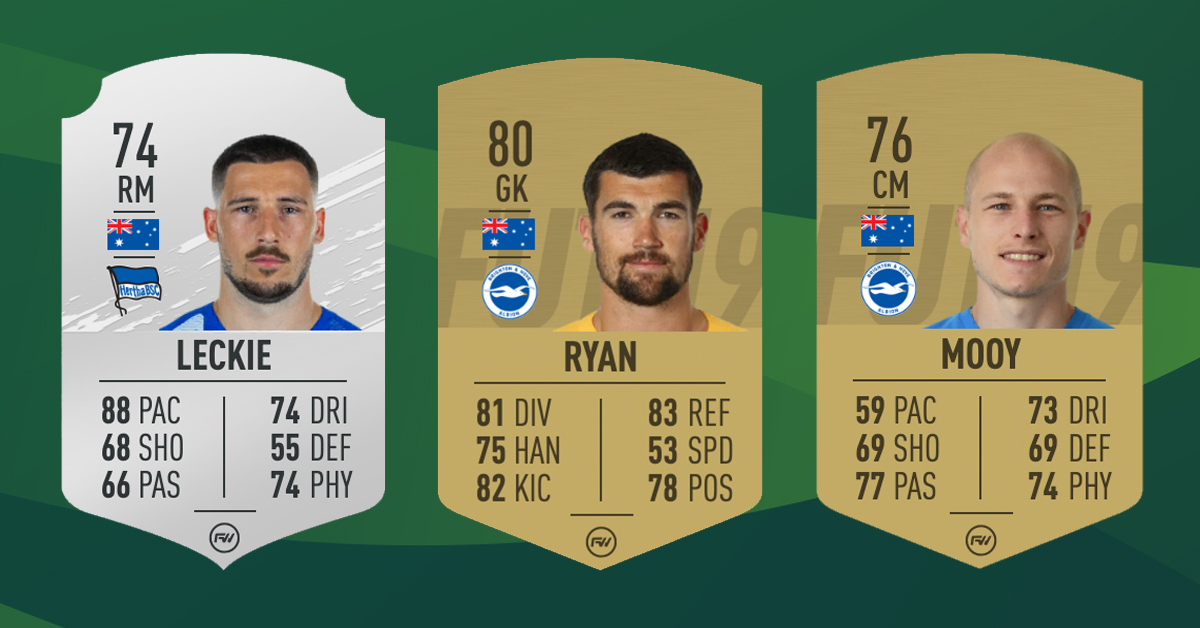 Inside Access: Read features and watch interview from camp

**Milos Degenek, Apostolos Giannou and Harry Souttar’s ratings were not available at the time of publishing.