FFA Director of Referees Ben Wilson said he’s sure that the team appointed to officiate the tenth Westfield W-League Grand Final will excel.

“I would like to congratulate Rebecca on her appointment to her first Westfield W-League Grand Final,” said Wilson.

“There has been excellent competition amongst the Referees in the Westfield W-League this season and the match officials chosen for the Grand Final have worked extremely hard to earn their place.

“I have great confidence the match officials will perform strongly in Sunday’s match,” he said. 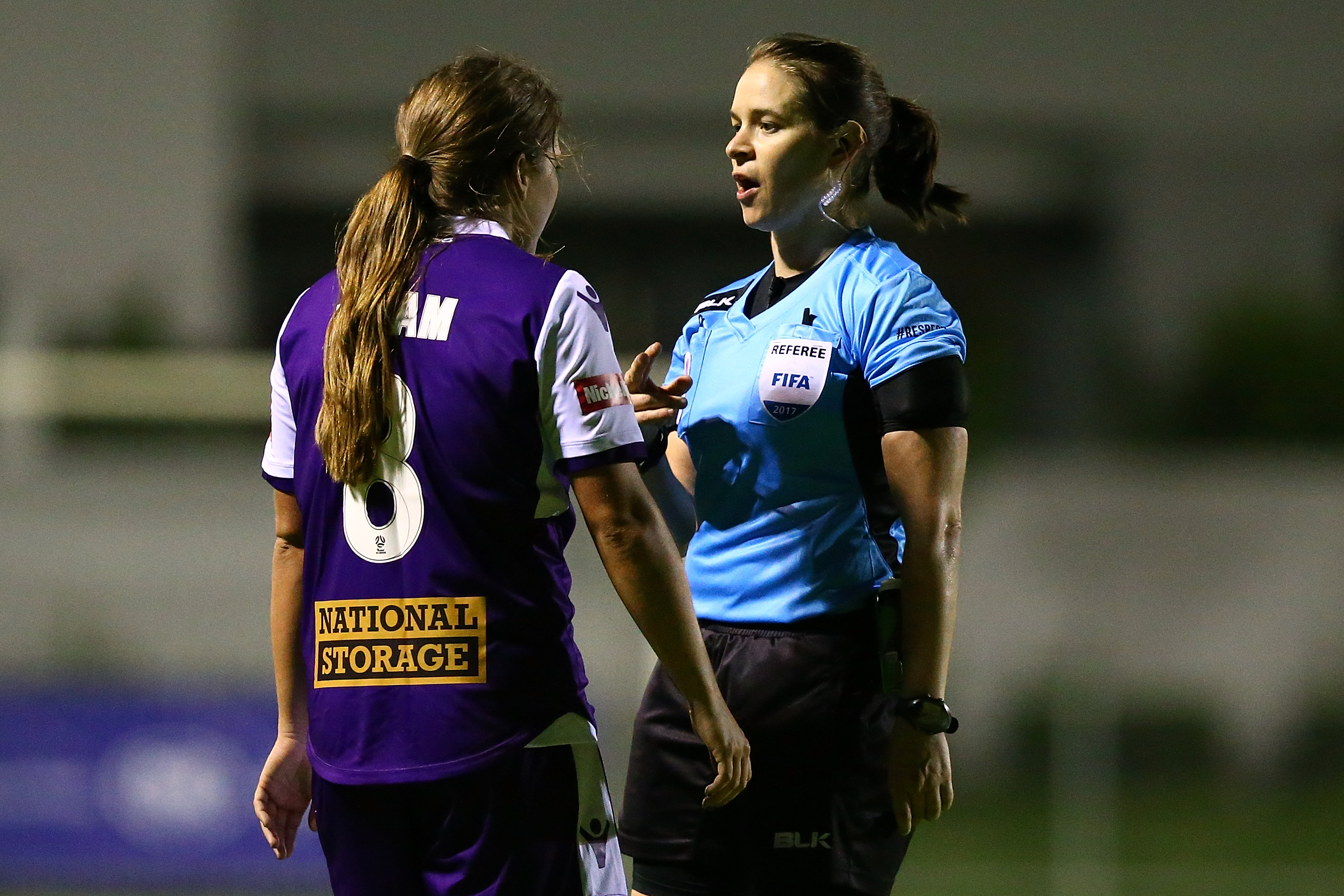 Durcau, who began officiating in the Westfield W-League in its inaugural season as an Assistant Referee, said she’s pleased to have been appointed to Referee this year’s Grand Final.

“I am pretty happy,” said Durcau. “And I am pretty excited to be working with the team that has been appointed as well.”

“I have always tried to be the best Referee that I can be. Once I received FIFA status my mindset has always been that everything else is a bonus, and having the chance to Referee a [Westfield] W-League Grand Final is definitely a bonus.”

Durcau believes many elements of the competition have improved greatly since the Westfield W-League first kicked off in 2008.

“The professionalism has definitely gotten better since 2008,” she added. “Every year things are improving, which is a good sign. Hopefully FFA can continue to promote the competition and the standards continue to rise.”

Join the conversation on Twitter using the hash-tag #WLeagueGF #WhyWePlay

How to watch A-League Matchweek 6

'The Battle of the Bridge' between Victorian rivals Western United and Melbourne Victory headlines a Saturday triple header as the A-League rolls into Matchweek 6. Mark Rudan's Green and Black claimed their first win of the season in a breathless 5-4 triumph against Perth Glor

Jake Brimmer insists Melbourne Victory always believed their first win of the season was there for the taking against Perth Glory ? even when a goal down with four minutes to play at AAMI Park. Former Glory midfielder Brimmer netted his first A-League goal, after going 60 comp

Jake Brimmer scored twice in the last four minutes against his former club as Melbourne Victory snatched their first points of the season in a dramatic 2-1 comeback win against Perth Glory. Brimmer had not scored in 60 A-League games for Glory before signing for his hometown t

Football Australia is saddened to have learned of the passing of former Socceroo and inaugural Football Australia Hall of Fame inductee, Frank Parsons.  Parsons was the 107th player to be capped for Australia's senior men's national football team, making his debut against New

Football West conducted the first FFA Cup live draw of 2021 on Monday, locking in the fixtures for Round 3 of the Preliminary Rounds in Western Australia.  The FFA Cup, which is back in 2021 after being cancelled in 2020 due to the impacts of COVID-19, will feature a new revam

Garcia: Once again fatigue got the better of us | Press Conference | A-League